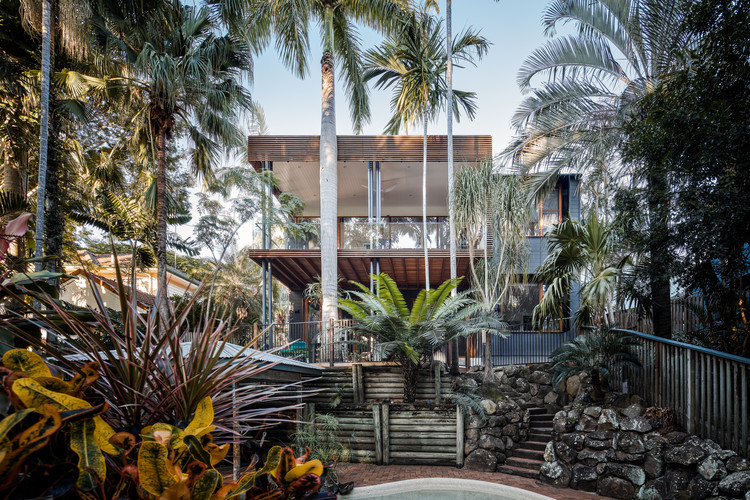 Text description provided by the architects. Modern-day Queensland residents live a different kind of life and seek different spacial qualities and arrangements to those that originally lived in the pre-war cottages that occupy the leafy old suburbs in Brisbane. The utilitarian rooms of old were often dark and over the years residents would enclose the verandahs to yield additional internal floor space. And so, this creates internal rooms without natural light or ventilation. This project was no different. The landlocked rooms were not useful nor enjoyable.

A modern family home was required; one which retained the charming elements of yesteryear but was adapted to drastically increase livability. The issue of light and ventilation also needed to be solved. Finally, the relationship between the tree canopy and the main living areas needed to be strengthened. The original concept looked to untangle the mess of poorly lit internal rooms and disjointed living spaces and swap it for something that celebrates modern Queensland living. The matrix of rooms was broken down and rearranged into a plan that is free-flowing and contusive to a modern lifestyle.

The kitchen directly addresses the living room and outdoor area and is the focal point of the upper level; one naturally gravitates towards the kitchen bench which encourages conversation between residents and visitors while feeling immersed in the treescape. The extension component is modern and starkly contrasts the original retained asymmetrical bungalow. Materials include a combination of light and dark painted surfaces and the liberal use of New Guinea Rosewood and Spotted Gum timbers.