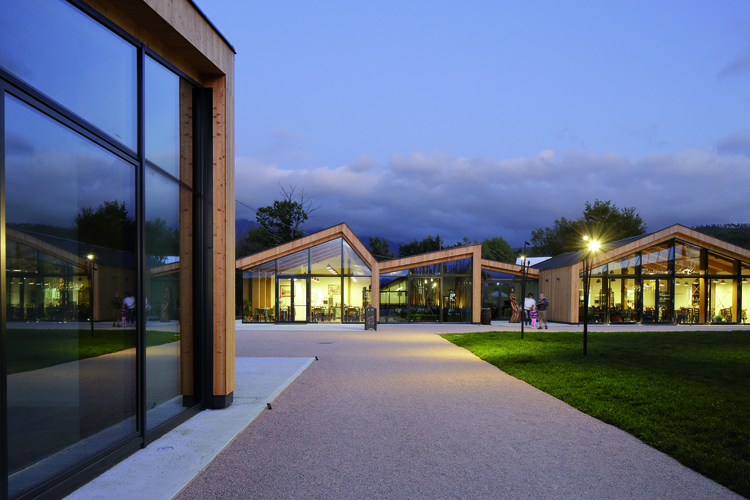 Text description provided by the architects. Following the earthquake that devastated the city of Amatrice and the surrounding villages in 2016, there was an urgent need for an intervention that would provide a temporary meeting place in which all the social and catering activities interrupted by the earthquake could find a dedicated new home. The new Amatrice Piazza del Gusto, Tradizione e Solidarietà was created from a design by Stefano Boeri Architetti thanks to funds raised by Corriere della Sera and TgLa7 through the joint “Un aiuto subito.

Terremoto Centro Italia 6.0” initiative which raised €8 million of which €5 million were used for the construction of the new Amatrice Centre. The concept is based on the model of a multipurpose square that is able to become a place for meeting and social exchange and where the inhabitants can take advantage of a range of different services. The new square, which has a school canteen and eight restaurants covers a surface area of 2,500 square metres.

The design had to satisfy a number of demands, including the need for a short implementation time, the multi-purpose nature of the structure and above all its function of providing support for the local population. In short, what Stefano Boeri Architetti created is a symbol of renaissance for the city of Amatrice: the true value of the project is found in its supportive nature and by what this space represents for all the residents of Amatrice, namely the possibility of starting over again.

The main structure or the canteen is intended for use by those students who were no longer able to use the original school canteen after it was damaged by the earthquake. The building covers a surface area of about 490 square metres with 150 seats and occupies a single floor with three fully glazed side walls and a large inclined roof that gives a view of the Monti della Laga. In addition to the dining room the building houses a series of service areas intended to be used for kitchens, preparation and storage rooms, bathrooms, changing rooms, washing and waste rooms and technical spaces.

As in historic Italian squares where the Church as the undisputed meeting place was surrounded by artisans' workshops, so the canteen is surrounded by other buildings that highlight even further the value of the design as a square and a place for conviviality. The surrounding buildings were designed to accommodate 8 catering activities that were destroyed by the earthquake, thereby providing work for the residents once more. It was calculated that 100 jobs will be recreated thanks to these structures, thereby maintaining one of the most significant economic activities and attempting to revive the local tourist economy which has always been an important source of income.

The restaurants will have different surface areas ranging from 85 to 500 square metres depending on the needs. Each building will then be equipped with a light steel and wood structure for accommodating tables outside during the summer. The project also envisages the installation of interior fittings, kitchens and service areas designed to be modular and  easily assembled while the preparation of the dining rooms will instead be an element of diversification, varying depending on each of the restaurants so as to give a sense of  recognition and personalization to the various environments.

The area involved in the intervention will also be provided with areas for parking, loading and unloading and a service road at the back of each module intended for deliveries and catering waste disposal. The entire project area will also be provided with all the infrastructure necessary for the functioning of the structures, as well as connections to existing networks. 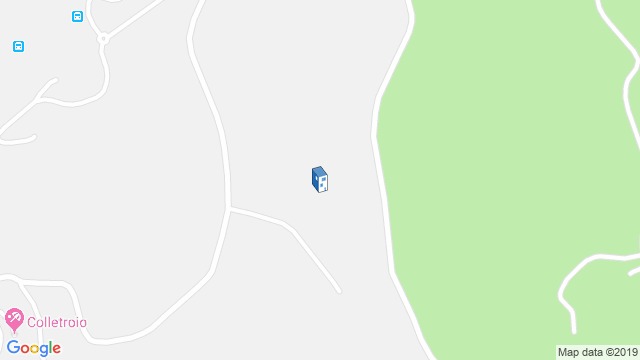 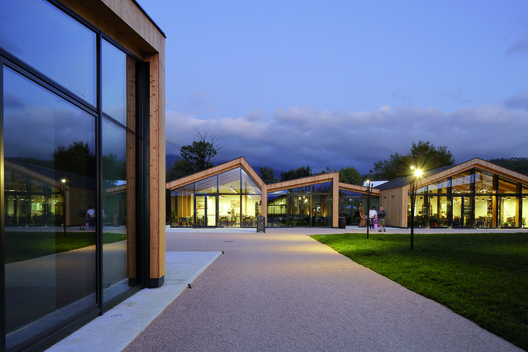