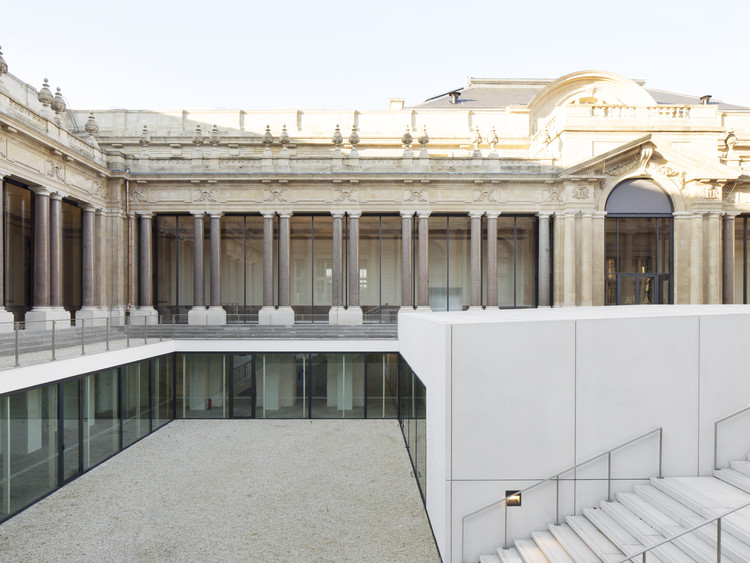 Text description provided by the architects. In 2006, the Belgian Buildings Agency launched a competition for the redevelopment of the site of the AfricaMuseum in Tervuren. The multi-disciplinary team headed by Stéphane Beel Architects, laid out the new masterplan for the AfricaMuseum and its surrounding area.

All secondary museum functions such as the reception, shop and cafeteria were removed from the layout of the earlier museum, optimized and housed in the new construction. This created more space in the museum building for the new permanent exhibition.

The existing museum building has been left intact as much as possible. The original entrance to the museum and the open covered rotunda in the interior courtyard have been reinterpreted; besides the meticulous restoration, they form some deliberately foreign interventions that are to be read as critical annotations on the original architecture.

The new entrance pavilion was meticulously lined up with the front of the museum building and lies on the border between the two gardens that date from different periods.

The visitor centre and the museum shop on the ground floor of the pavilion are located at the level of the park. In the restaurant on the first floor, visitors enjoy a panoramic view of the French garden and the museum building.

The rooms for temporary exhibitions are also underground, as it were stretched between the new pavilion and the museum building. Three exhibition rooms have been arranged in a row along a publicly accessible gallery. These black-box spaces can be subdivided flexibly into an auditorium and two separate rooms or be transformed by a mobile wall into one large exhibition room.

The visitors go from the entrance pavilion to the restored museum building via a long gallery. In doing so they first pass a widening through which daylight enters, a point of orientation, and walk along a showpiece of the museum collection, a large pirogue that evokes the Congo river, in the direction of another light point in the distance: the sunken courtyard of the museum building, which introduces light and orientation.

The exhibition rooms are subtly equipped with new technologies that bring the museum building up to date as regards the conservation and presentation of the collection. Those technologies are highly sophisticated and have been integrated almost seamlessly: improved thermic isolation and airtightness, management of incoming light, air-quality control embedded invisibly in the new exhibition platforms, interventions at the level of accessibility and fire safety are all elements that enable a new approach to exhibiting in the existing monument, without tampering with the monument and its intrinsic value. 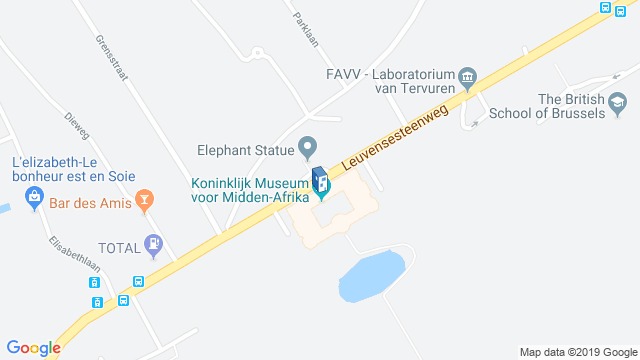 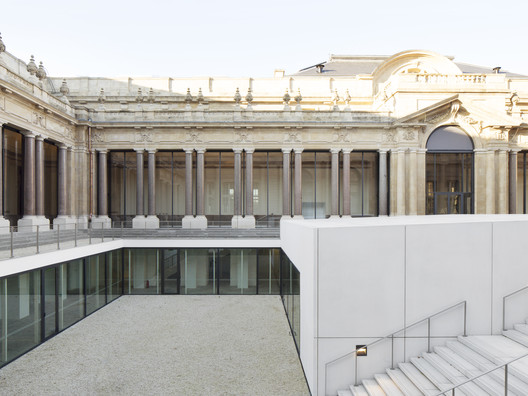