The international competition for the design of the Knowledge Innovation Center (KIC), part of the Tripoli Special Economic Zone (TSEZ), selected the proposal of MDDM, a Beirut based architectural firm, as the winning project. Taking place in the Rachid Karami International Fair designed by Oscar Niemeyer back in the ’60s, in Tripoli, Lebanon, the imagined intervention had to be functionaly and conceptually compliant to specific requirements. 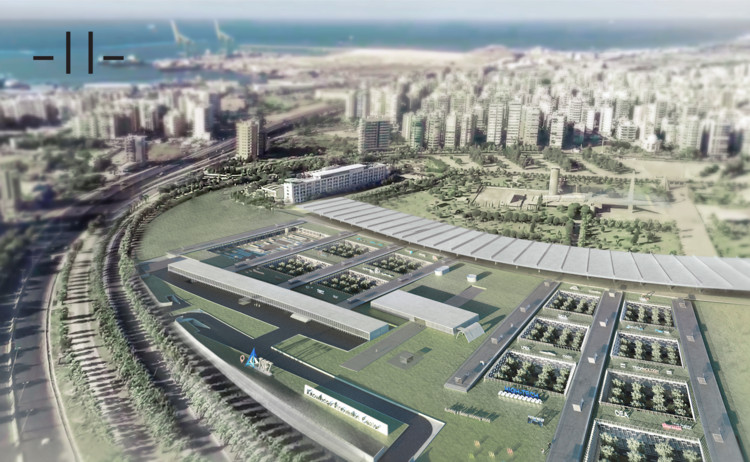 With over 700 applications, the international contest aimed to revive the abandoned site and put in place an innovative space in the existing fair. In fact, the competition required functional requirements like a business and technology park, and showcased major conceptual constraints such as full integration with Niemeyer’s original concept, in order not to compromise the integrity of the site, the modern heritage of the building or its future nomination on the list of the UNESCO World Heritage Sites.

The winning firm headed by Architect Imad Aoun and Architect/ Urban Planner Nadim Younes created a space that “caters to both professional and residential requirements”. Actually, they “opted for an architecture that is fully embedded and integrated underground”, minimizing conflict with the existing volumes and favoring more green spaces on the ground floor. Their underground modular intervention allows consistent development across the site and permits the developer to stop at any stage, without compromising the overall composition.

We ensured interactivity between spaces and eliminated the underground effect, by taking the directive lines from the Canopy and using them as our linear structure for the landscape composition and underground volumes. We preserved site language, by keeping the site flat and clear with no additional volumes that would render the site dense […] although we did not end up opting for a landmark building, the overall project in itself is one. -- MDDM

The second position was granted to Dagher, Hanna, and Partners, who created a concept derived from Niemeyer’s sensory and spatial experiences, highlighting “the void in architecture while remaining at most an urban park within a subterranean architecture.” Third place was offered to Arquivio Architects from Spain.

Last, 3 honorable mentions were also distributed. First one was awarded to Unit44, founded by Jala Makhzoumi and Abdul-Halim Jabr, who created an environmentally sensitive proposal with the installation of a modular “beehive” of shipping containers, under the Grand Canopy, "aligning with Niemeyer’s original vision for the expo: a temporary Expo under the permanent roof ". Another 2 honorable mentions were offered to Basmaji & Bielinska from Lebanon who created the ”In-between” technological Park, an organic shaped ring that will act as a common platform for all types of users, and Khoury Levit Fong from the US, founded by Rodolphe el-Khoury, dean of the Miami University School of Architecture, Robert Levit and Steven Fong. 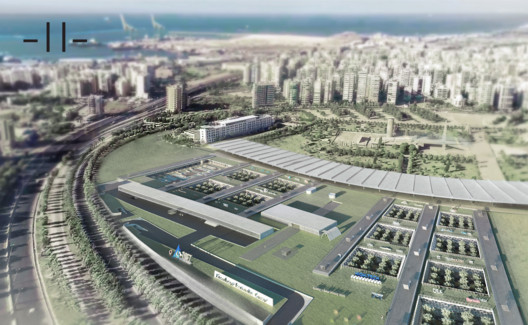