Skidmore, Owings & Merrill (SOM) have unveiled the latest design for Kansas City's new airport terminal. Working with the Kansas City Aviation Department, the City of Kansas City, Missouri and major airlines, the project is coming together with developer Edgemoor. The air travel hub that will be the largest single infrastructure project in Kansas City’s history. 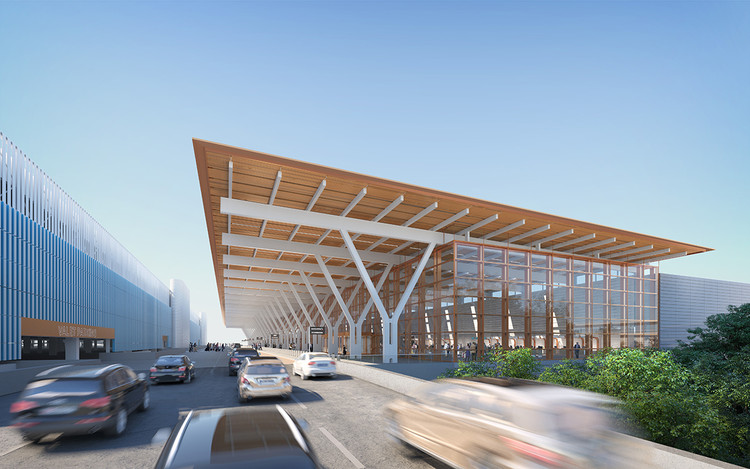 Designed, planned, and engineered by SOM and a team of local and national consultants in collaboration with CWC, the terminal project will transform the existing airport, adding a one-million-square-foot terminal designed to embody the city’s identity as a growing center of technology and innovation. “We’re excited to move forward on this landmark project for Kansas City and eager to put men and women to work,” said Geoff Stricker, Edgemoor Managing Director. “This has been a great partnership with the City and airline partners, and we look forward to building on that to deliver an exceptional new terminal for travelers and the airlines alike.”

The project will replace Kansas City’s existing facilities—which were built in 1972—with a 39-gate terminal designed with the flexibility to expand to 50 gates in the future. With feedback from local residents and stakeholders, the team revealed new renderings last week during a business session meeting with the Kansas City city council. The renderings include views of the airport’s exterior, retail shopping area, check-in area, observation area and baggage claim. More than 60 local firms, including 41 minority or women-owned businesses, will participate in the project, which is expected to generate up to 5,000 construction-related jobs.

The design is made to center on seamless transitions in a compact layout. Walking distances are kept to a minimum, while check-in and security are consolidated into one space. A dual-level roadway will separate the vehicular traffic between arrivals and departures, and at the entrance, the project will feature a generous overhang with structurally expressed columns and glass facade. The new terminal is targeting LEED® Gold certification.

The new terminal broke ground in March of this year, and the project is designed to enhance the city’s air travel experience upon its completion in 2023. 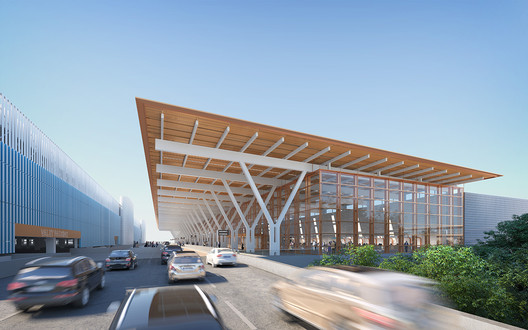