Project Overview
Jiangshan City in Zhejiang Province of China is a "red" and heroic land where many revolutionaries sacrificed their lives to fight for the liberty of the nation and the people. In order to remember the history and revolutionary martyrs as well as take warning for the future, the local government decided to build the Jiangshan Martyrs Memorial Hall. Located on the south end of a mountain park, the project is adjacent to Xishan Road and urban area on the east, Xishan Park on the north, and the already-existed public cemetery on south and west sides. The north-south and east-west elevation discrepancy on the site are respectively 18 meters and 12 meters or so.

Design Theme
We hold a historical and neutral view on wars. Even for good and just purposes, wars inevitably cause death and let many families suffer from losing their loved ones. Considering that the revolutionary historical resources in Jiangshan Martyrs Memorial Hall are relatively limited, we proposed to imitate and present the image of "soldiers' who fought at the end of life in an abstract way and through architectural languages, hoping to evoke people's reflection on wars and life and remind them to cherish and maintain the current peaceful environment. We eventually decided to take "The Broken Branch of Life" as the design theme.

Design Strategies
1. Open
Jiangshan Martyrs Memorial Hall is close to the entrance of Xishan Park. Since the Park is a public leisure place for citizens, we tried to weaken the solemnity of the conventional memorial architecture and endow it with open and amiable qualities.

Openness is firstly reflected on its close connection with the city and natural surroundings. To be specific, the project is linked to Xishan Park's entrance and urban area on the east side through landscaped steps, connected with a branch road and the city on south and west sides. On the north side, there is an exit that adjoins a mountain path, while on the south of the architecture we set a spacious landscaped trail. All the above-mentioned entrances and circulations form a network, and result in an open three-dimensional memorial venue where people can flexibly move, stop, rest and contemplate.

On the east side of the site, there is a large split-level memorial square constructed in line with the site’s terrain, which also manifests openness. The square is 78 meters long and 38 meters wide. Based on the nearly 4-meter elevation difference between its north and south sides, we set a steps-shaped greening area, a grove, a memorial gallery, and a flat tower, etc. The square fully meets the needs of memorial activities. Besides, it's equipped with various considerable designs such as benches, shady corridor and washroom, which produce an amiable and comfortable ambience. The square is like the south-facing "reception hall" of Xishan Park, which is open to the citizens.

In brief, the project well integrates the outside landscape area, memorial hall area and ecological cemetery area in an orderly manner, and fuses a "leisurely atmosphere" with a "memorial ambience", and thereby creates an open place.

2. Memorial
Based on openness, we tried to present the architecture's memorial attribute via constructing the "Path of Life", which is a spatial axis stretches in the east-west direction.

This axis is an abstract expression of soldiers’ late-life course. The path is paved with grooved stone stabs, with strips embedded on the surface, which represent the "footprints" of soldiers running on the battleground. The "footprints" start from the front memorial square, then pass the "Door of War" and the “White Jade Wreath", and finally arrives at the square memorial atrium. Above the atrium, the structures tilt, break and fall down, and then integrate with the cemetery. To summarize, the axis implies the life course of "running, breaking, falling and returning to earth" in an abstract manner.

Enclosed by architecture and non-load-bearing walls, the memorial square features a symmetrical layout and an implicit solemn ambience. The memorial gallery is on the south, and the stone walls beside it leave space for engraving memorial information. The orderly arrangement of those walls and the interaction between light and shadows, make the gallery seem to be awash with the whispering of time and life. On the south of the grove, the "Peace Tower" erects in silence. In remembrance of lost lives, 78 evergreen magnolia grandiflora trees that blossom pure white flowers were specially planted on the split-level square.

The "Broken Branch" above the square atrium is constructed with a folding slab, which stretches 10 meters long and protrudes with a 30-degree incline, full of tension. Under it, there are many scattered fragment-like stone blocks on the ground, which symbolize the "fall" of life. Information of martyrs is engraved on the surfaces of those blocks, making the atrium a climax space that highlights the memorial attribute and theme. Outside the west wall of the atrium is the cemetery, the design of which respects the site's terrain. The parterres are arranged in an orderly way, featuring stone steps. The base of each tomb is covered with dark grey gravel stones and red steel panels, and grey stone tablets are circled by evergreen trees and azalea, together constituting the resting place for martyrs and symbolizing rebirth.

3. Poetic
The overall design is characterized by many poetic expressions. Firstly, the "Path of Life" indicates the memorial property of the architecture by imitating the course of "running, breaking, falling and returning" via architectural languages. Such poetic and abstract design aims to let visitors follow the "footprints" and the circulation to experience the special process at the end of martyrs' life and evoke their emotions. It not only presents a series of physical movements, but more importantly, enables the echoing of lives of the deceased and visitors.

Furthermore, the integration of multiple themes, including time and space, as well as life and death, is also poetic. The starting point of the "Path of Life", the "Broken Branch" at the atrium and the cemetery correspond to the course of "living - death - resting", which also implicitly coincide with the process of "returning to nature from city" and indicate the endless cycle of time, space, birth and death. The lush trees, as well as the white and red azalea, keep changing throughout the year in an endless cycle.

Whether just for obedience,
Or for noble faith,
At that moment, those people,
Expose themselves to a hail of bullets and shells.

Whether for the broken home,
Or for national survival,
At that moment, those people,
Jumped into the ocean of history.

It was because of those people,
whether timid or resolute,
That we were enabled to
Surmount the past miseries.

Hence today, can we,
Via "The Broken Branch of Life",
And in the name of a group or individuals,
Remember those nameless soldiers?
After all, this is the land where they fought,
And moreover, their hometown.

This is a short poem we wrote 6 years ago, which record our thinking at the beginning of design process. And today, our imagination and expectation on this architecture were realized.

As approaching the project, we integrated the reproduction of scenes, the transition of space, multi-themed metaphors and the progressive loop of time into the architectural design, hoping it show the fusion and further development of design trends regarding contemporary and modern memorial architectures. On April 4, 2018 — the eve of Qingming Festival, white magnolia grandiflora flowers on the memorial square withered and fell off overnight. Isn't similar to the short life course of martyrs? During the long process of human history, so many lives ended all of a sudden in the name of wars. We hope all the people who visit this place will stop for a while and reflect on history. 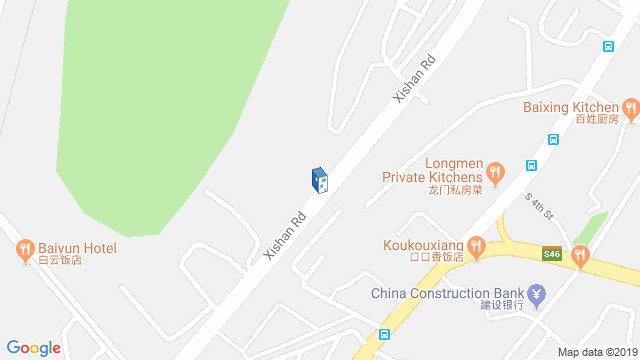