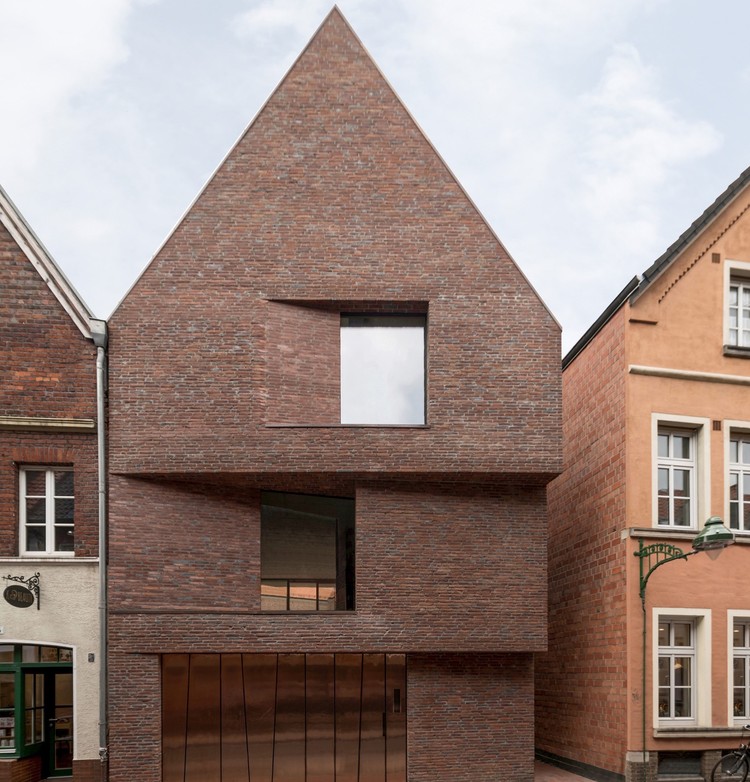 Text description provided by the architects. The Haus am Buddenturm is located in the historic city centre of Münster. The street presents three building lines with regard to the plot: the two building lines along the row of houses that border the plot on the east/west and the third that forms the plot boundary. These alignments are perceptible on the building façade. This reveals an urban scale whose typology is collectively rooted in the historic centre of Münster.

The façade towards the street has three openings: in the form of a copper façade on the ground floor, as corner glazing with a deep recess in the façade on the first floor and as an opening with a lesser recess on the second floor. These recesses provide a view of the medieval Buddenturm.

The staggering of the façade is also visible inside. In the stairwell area, the house increasingly fans out towards natural light which enters the house through glazing in the eave walls and on the ridge of the roof. The house is arranged over four levels. On the ground floor are the entrance, a multi-functional area, the inner courtyard, and garage.

follow on the first floor. Bedrooms and studies along with bathrooms are found on the remaining floors. The texture of the hand- moulded bricks fired in a ring kiln creates a link to the historic surroundings. In the interior, the concrete is untreated, the floorboards have been laid on sleepers. 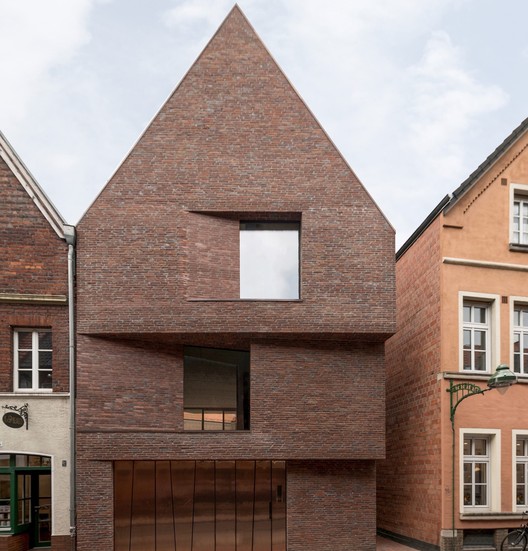