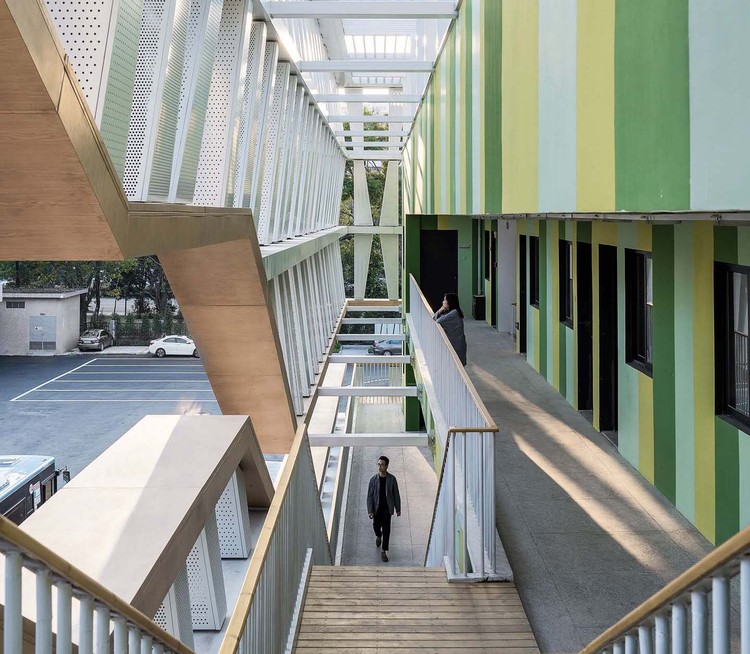 Text description provided by the architects. The Lianhua Mountain Bus Terminal is located in the southwest corner of the Lianhua Mountain in Futian District of Shenzhen, which is the intersection of the Xinzhou Road and Hongli Road. The user is the female model bus fleet of the bus group. Before the renovation, the bus terminal was a three-floor high old building with ceramic tile wall. The first floor was office program and the other two floors were dormitories for employees. Considering that the existing building and facilities are too old to meet the multiple functions of both internal use and external communication and publicity, the Bus Group decided to renovate the building and the surrounding environment as a whole, and transform the 2nd and 3rd floor as the Party-mass center and office program, in order to provide a pleasant and cozy workplace for the fleet, and also improve the terminal environment and bus service experience for the citizens.

The two main roads adjacent to the site have green belts and tall trees, and the two other sides of the site are at the foot of the Lianhua Mountain. As a result, the bus terminal is surrounded by the green environment. Therefore, the renovation aims to make the building light and merge into the surrounding environment. In order to keep the original shape, a new curtain wall is added to the three main facades and the roof of the building. The new curtain wall is open and tridimensional instead of closed. Based on the original position of the beams, the curtain wall has four levels, and each level is supported by steel beams extending from the original structure. Vertical steel columns are set at every 3.6 meters to reinforce the new curtain wall structure. Each level of the curtain wall is filled with many trapezoid volumes of variable cross-sections, one of which is composed of a “U” shaped perforated aluminum plate and a flat perforated aluminum plate. By connecting trapezoid volumes to each other vertically on each level, and creating a flat outward surface of façade, vertical steel columns are hidden in the continuous trapezoid volumes ingenuously. By unit combination, the trapezoid volumes which have three kinds of perforated aluminum plates form a rich and rhythmic curtain wall system. Regarding tectonic, the trapezoid volumes are prefabricated in factories before they were installed to inner supporting structures through holes of aluminum plates by workers onsite. Therefore, the appearance will not be affected by the exposed components of installation.

On the other side, the second and third floor ceramic tile walls are repainted with new coat of four different green colors, forming a vivid stripe pattern and responding to the green trees nearby. Meanwhile, the inner green-color wall could be seen through the void of the curtain wall. Seen at the front, the inner green walls have the maximum presentation, and the whole building shows a reserved green appearance. As the watching angle changed, the inner green-color walls are gradually covered, which make the green appearance lively rather than dull or boring. What’s more, the outdoor terrace on the second floor is wider than that on the third floor. An enclosed space is created between the newly added curtain wall and the original outer wall, becoming a positive outdoor space for communication. In addition, a public circulation is introduced to the building, using the stairs to link the northern exit of the canteen on the first floor, the second floor, the third floor and the roof space, creating closer connection among public spaces with different levels. There is also a long opening in the newly added curtain wall corresponding to the public circulation, which integrate the inner space and the façade. People can enjoy the green trees and the city view outside through the opening when walking on the stairs.

Most of the roof space are covered with grid, which can not only shade, but also form a whole structural system with better and steadier performance. Close to the mountain side, the open space on the roof turns into a garden where people can get in touch with nature. This semi-open roof space becomes the space for various activities: planting, holding outdoor parties and watching the night view of the center of Futian District. 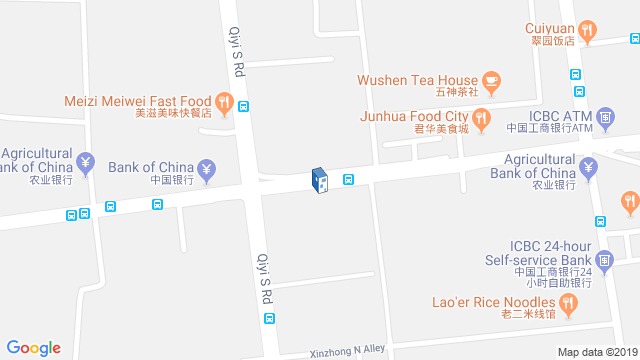 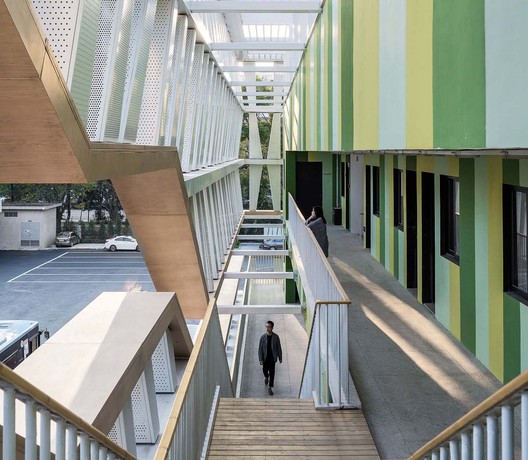