Save
Gilan University Conceptual Gateway in Iran
Share
Or
Copy

Hajizadeh & Associates elaborated a proposal for the entrance of the Gilan University in Rasht in Iran. Basing their conceptual approach on the Iranian notion of access, they created not only a passage or a connection space but a social and cultural area. 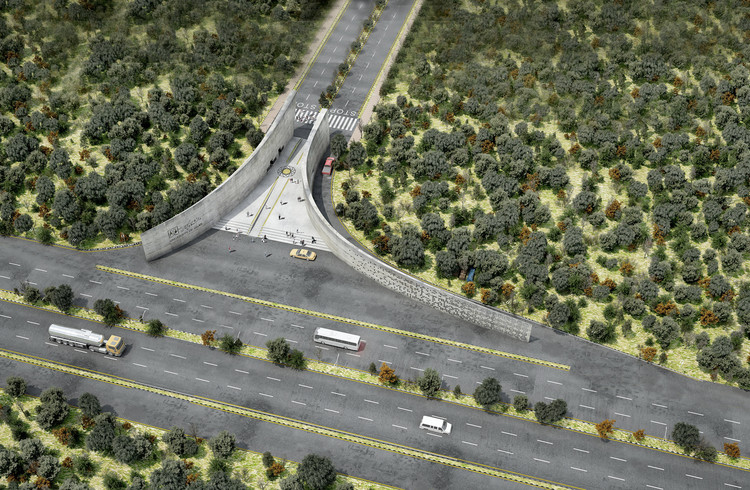 In traditional Iranian Architecture, whenever a connection is generated between a building and an adjacent road, to emphasis its access, a plaza is put in place “in such a way that it had a mutual space with the passage or square or it was placed next to them in a way that it would create sufficient attraction and allure”.

In fact, in the case of Gilan, the university is positioned on a main artery, with a significant distance between its entrance and the buildings, making it harder to remain completely true to the basic cultural and historical principals of Iranian architecture. Adding to that the climate’s issue, the architects had plenty of constraints to deal with in order to conceive a modern and contextual gateway.

In comparison to other spaces of a building the entrance possesses specific characteristics, since apart from its primary function as a correlating system it’s also a visual and perceptual connector between the complex and its surrounding public spaces. Thus, entrances are diverse and variable displays and at times a combination of native beliefs and values of a region which are based on its climate and natural environment displays which themselves are affected by economic, social and cultural circumstances and beliefs and also by the urban texture of each period in time. -- Hajizadeh & Associates

Following the same conventional reasoning, the gateway, an inviting structural element, is created as an entrance for the university, with a distinct and contemporary artistic expression, that can generate spaces for pedestrians and cars, spaces to socialize or just access roads.