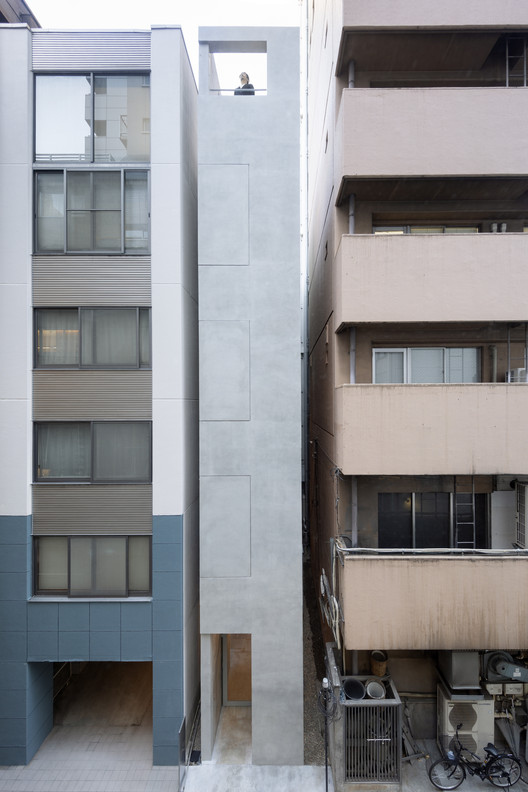 Text description provided by the architects. First impression. The site, located in an anonymous alley near the one of Ginza’s main streets, was abandoned for three years when the project started. With a front to the street of only 2.7 meters, and the tall buildings surrounding it as walls to its boundaries, if you were to look up from the inside of the site, you could see a perfect L shaped fraction of the sky. This particular location and its narrow shape suggest the idea of going from an alley to another alley. This feeling, as well as the importance of the natural zenith light, are the two ideas that triggered the design of this project.

Concept. Sprout from the main streets in Ginza, there are uncountable alleys that radically differ from the idea people usually have of this area, transparent facades and fashionable designs, and are mainly composed by solid and unattractive buildings. Being the site in one of those, we felt that, in the middle of this packed area it would necessary to create an iconic building that make people look up, like a bell tower. Layout. Since these are very constraint conditions, we try to maximize as much as possible the area and the height. The building it’s divided it in two volumes: a big one on the back and another thinner on the front connecting to the alley. On the middle of those two volumes there is compact glass staircase that connects them organically since each differ in height. It serves as the central space naturally illuminated where the rooms look to and also, it may be used as a product showroom for each of the tenants or as one exhibition space due to its singularity.

Technical solution. Due to a non-resistant ground and to the difficult access to the L shape of the site, from the early stages the use of steel structure was discarded in favor of reinforced concrete structure. Also, the foundation was limited, so the building must be as light as possible. This is resolved by designing openings as large as possible and balancing their position to assure equal loads on the building. These big openings on the narrow entrance hall make even more evident the feeling of a space caught up in an alley. The staircase, made of steel and glass, acts as an expansion joint between the two concrete volumes letting them work structurally independently.

The front volume, due to its tall-thin proportion and the seismic risk in Japan, is counterweighed by a matt slab of 1.2 meters. The slenderness is consciously increased by adding a roof terrace enclosed by a perimeter wall of 2.4m, resulting in a very unusual proportion of 1:7.7. Promenade. In Ginza, from a grey alley turn and enter to another alley where you go slowly following the light as you ascend, looking the sky thought the skylight until you reach the top where there are no more buildings above you. 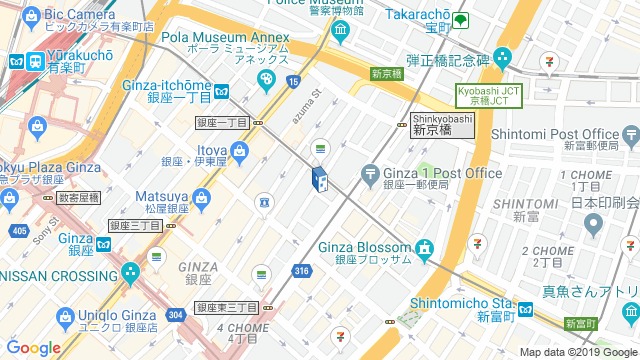 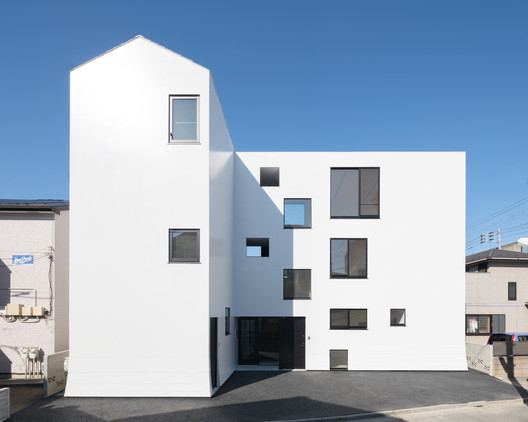