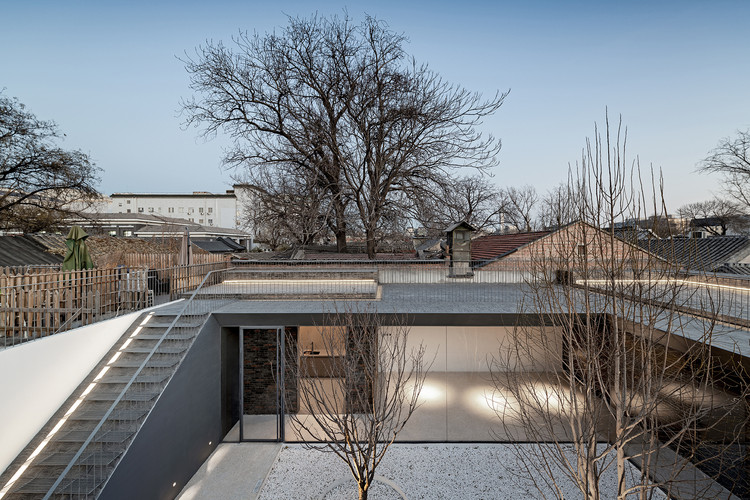 Text description provided by the architects. The project is located in Qianliang Hutong, Dongcheng District, Beijing, with a site area of about 410 square meters. Different from a typical "Siheyuan" with sloped roof, the original architecture was composed of several disconnected flat-topped rooms featuring a traditional brick-and-concrete structure, which are supposed to be transformed from a Siheyuan at one time and can be seen in many old areas of Beijing.

The site consisted of two parts. The front part was an open ground with two brick rooms and an old tree, while the rear part presented a U-shaped structure and had a courtyard roofed by glass. The original building, with isolated and narrow rooms and a lack of infrastructures, was gradually worn out so that it needed to be completely reconstructed in order to meet the demands of modern life.

The rebuilt building will be rented for multiple purposes such as working, friends gathering, and dwelling, so the greatest challenge for this transformation project was how to present a more dynamic space with a variety of functions through appropriate demolition and renovation based on site conditions.

Considering the characteristics of flat-roofed buildings, ARCHSTUDIO added corridors and staircases to link rooms and yards, roof and ground respectively. In this way, a “folding” and looping circulation route was formed, allowing interactions between interiors and exteriors, up and down, and new and old. The even roof is not only a rare public activity area, but also an extension of internal functions, with its landscape forming interesting contrast to the surrounding pitched-roof buildings and trees.

Along the circulation route, four yards of different scales were marked out, including a long and narrow yard embellished with bamboos at the entrance, a yard with an old locust tree remained in situ, a yard characterized by waterscape and cobbles, with the original glass roof removed, and a south-facing backyard connecting to the neighbor's house. By following the circulation, people can enjoy variable views in the space.

ARCHSTUDIO retained the two brick rooms that already existed, and at the same time inserted three new brick-structured boxes, which were set as private spaces and can serve the functions of sitting room, kitchen, restroom, etc. The gaps between the three new boxes form a continuous but detached public space for working, gathering, dining and other activities.

The architects hided structural columns of the roof inside the brick boxes' walls, and deliberately left gaps between the roof and boxes, with a view to letting daylight filter in. Common construction materials for Siheyuan such as bricks, grey tiles and cement were utilized for this project.

The rooftop was paved with grey tiles, which were arranged linearly in different directions. Notably, those tiles extend to indoor area, resulting in flowing-water-like visual effects. The roof has a cast-in-situ concrete structure, and wood grains on interior surfaces generated from the form work was retained. The brick boxes were built with old bricks from demolished houses nearby, with the wall stretching to the rooftop and forming seats for resting. 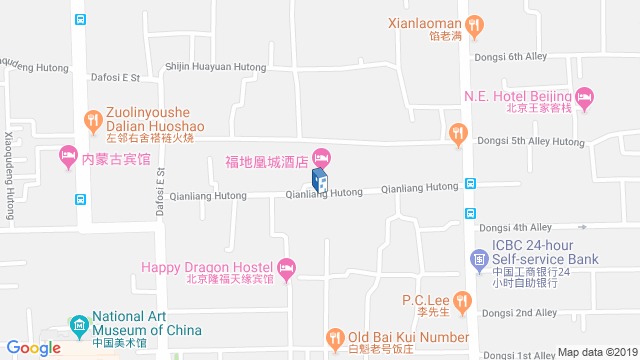 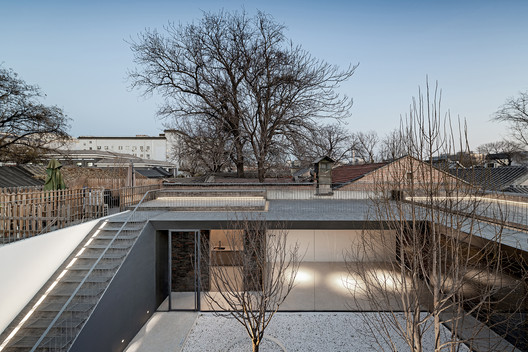