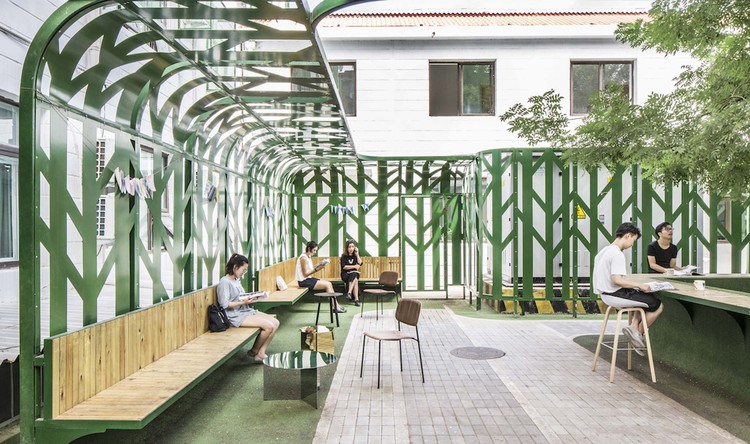 Text description provided by the architects. The project is located at Qianfuxiang, a quiet Hutong in Beijing historical area. When we visited the site for the first time, we noticed a disorderly surrounding environment: schools and dilapidated residences around with red and grey brick wall. There is also an old Chinese scholar tree right at the center of the venue, dominating the whole inner courtyard. The building was built in 1990s, originally for office use, and need to be converted to a new youth apartment that is able to host 100 rooms. Our proposition was to make an exterior space design in such a tough environment condition.

It was May when we went to the site for the second time, trees turned green, and the sunshine projected romantic swaying shadow on the ground through the green crown. Climbing to the roof terrace, we saw the charming typical Beijing Hutong fabric: green trees filled in the void space created by the continuous traditional grey roof courtyard. The balance between artificial and natural allowed us to realize that the key strategy of this regeneration project is not to simply make replacement from old to new, but to use a soft intervention in order to create the appropriate relationship between old and new.

Interface between the site and the exterior Hutong space was the first issue we began to focus on. Concerning the narrow space conditions in the old city, interface defines not only space and property boundary, but also a medium for the dialogue between the site and its surrounding area. So, we started our design by the redefinition of the space boundary, and tried to reestablish a continuous interface around the site and the building. We were attempt to build an overall atmosphere by the new intervention, as well as bringing residential functions in order to effectively make use of the courtyard space.

We create a continuous 3-meter interface on the ground level, extending from the outer wall to the inner courtyard. The closed curve actually forms two courtyard: the outer yard is used as supporting commercial space for the apartment, while the inner yard serves public activities for the youth by its functional boundaries. Brunch-shaped steel panel is used to form the interface, and creating to magnified canopies at the apartment entrance and the outdoor bar. The interface is also embedded with leisure seats, outdoor gatherings and other public functions, at the same time, the semi-empty partition on the interface is also able to protect the privacy for the ground floor apartment units. We hope the space under the scholar tree could be a place of leisure and encounter for the apartment dwellers, and the continuous green brunched interfaces could also bring vitality even in the long tough winter.

We were trying to explore the possibility of a lightweight intervention for the renewal project in the old city, hoping to make big changes through small actions. The old city regeneration cannot be done overnight, the design intervention must be slow, slight, and even temporary, especially in a high-dense place with complex population situation such as Beijing.

In this tree courtyard project, the new intervened brunch-style interfaces and landscape paving wrap a communal space that contrast with the surrounding clutter. We define the core proposition by introducing the continuous interface and the functions implanted on it, in this sense, the surrounding environment, the original building, the new boundaries, and the new communal courtyard constitute the vitalization on the site. Urban regeneration is always an ongoing process, and the lightweight intervention could be an instantaneous and transitional stage, we also hope the temporary change could bring more possibilities and a diverse age groups at this moment, resulting in activating the self-regeneration of a larger scope in the old city.

During this lightweight intervention, traditional landscape design experience almost fails, not only can’t we simply imitate the conventional design method to pursue a specious empty result, but to achieve the space improvement by introducing a series of specific functions on the exterior space. This proposition leads the design concept depart from real-life scene and the poetic experience, instead of drawing a given formal language subjectively.

Norberg Schulz believes that the place is the concept that people conceive through memory and emotion after the meaningful experience and connection from the building environment, which is the composition of a particular space, a particular building and the particular group of people. We are trying to find the spirit of place at this tree courtyard, with its natural and spatial environment. We hope to create a bright and vivid lifestyle for the youth apartment under the old Chinese scholar tree by redefining the interface as well as the relative public activities. 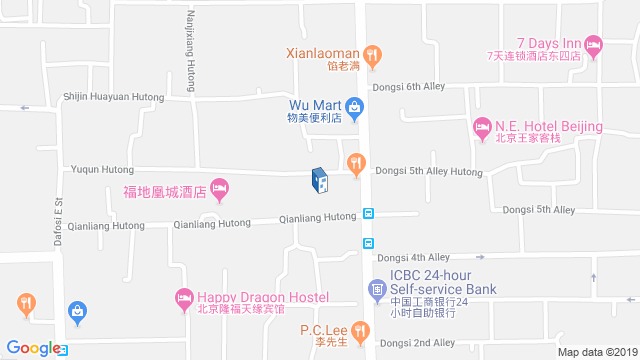 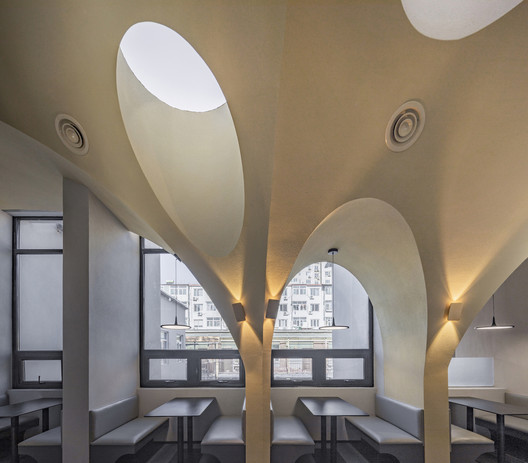 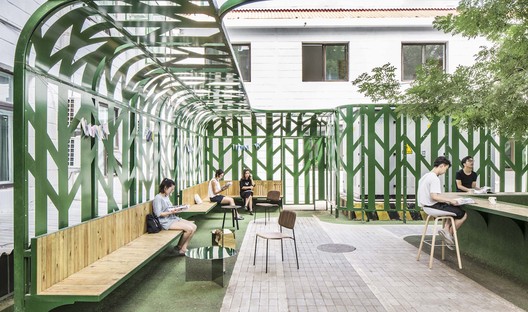