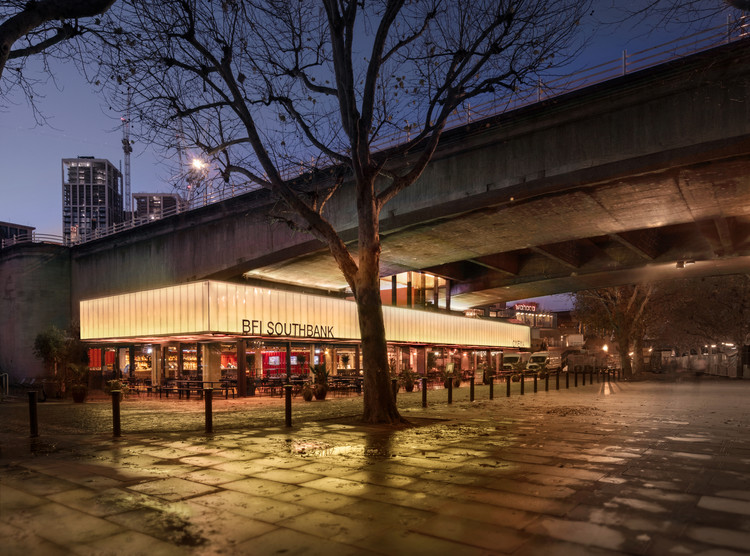 Text description provided by the architects. The new Riverfront improves the visitor experience, expands the venue’s commercial potential and provides a dramatic new entrance to the building from Queen’s Walk. This transformation has revitalised the BFI’s identity which has recessed in recent years and increased the visibility of theBFI’s offer, proudly reconfirming its place as one of the national cultural institutions on the SouthBank.

2017 marked 60 years since the National Film Theatre first opened on the South Bank in 1957,and the character of the new entrance takes its cues from the original building with a large cantilevered canopy extending the entire length of the bridge underpass. This lateral pavilion, which echoes the look of a classic illuminated cinema top sign, not only radically improves the visibility of BFI Southbank but also creates a new elevated public terrace from which to viewthe South Bank. The new canopy, formed of back-lit fibre glass panels, can be programmed to subtly change colour to reflect the changing film programme, and in doing so consolidatesseveral different multi-media formats / devices / technologies that formerly cluttered the venue’s frontage, into a more expressive method of communication.

The ground floor entrance space – including its bar and restaurant – has been fully refurbishedand extended, with several large format sliding doors allowing an open relationship with the public realm of the South Bank.

The dramatic concrete structure of the bridge, which was formerly concealed behind back-of-house offices, has now been unveiled to form a unique event space enveloped by the sculptural quality of the bridge. The interior spaces are characterised by the bridge above, allowing visitors new perspectives of the historic structure made visible from the ground floor through a large circular void and framed by a glazed aperture on the first floor which offers striking views directly along the length of the Bridge.

By reflecting the BFI’s position as the UK’s lead organisation for film and television, home of thenational collection and one of the country’s most prominent arts institutions, the refurbishment sets out to create a distinctive place that is a vital part of the South Bank’s vibrant surroundings, whilst also re-establishing its relationship with the bridge and creating a stronger connection with the riverside. 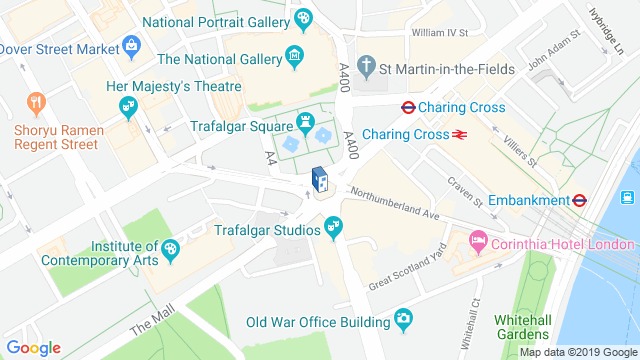 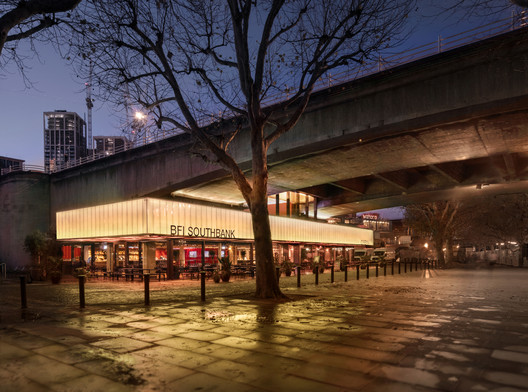