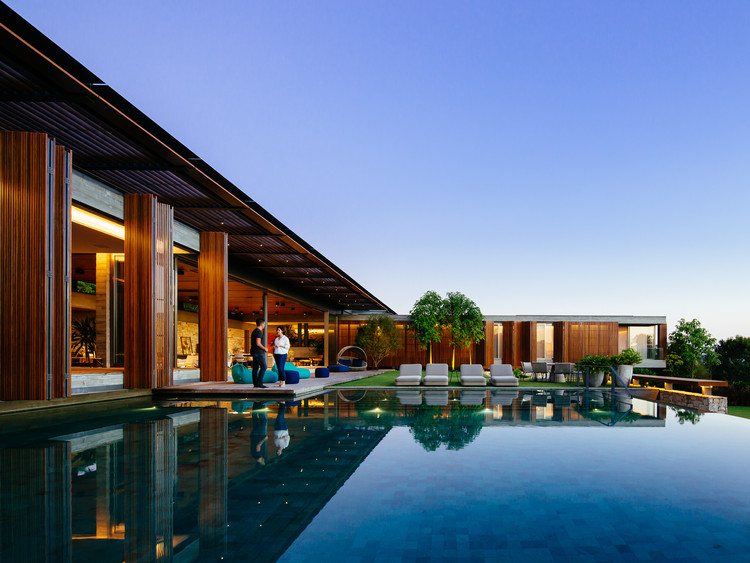 Text description provided by the architects. The house was named W270 because of the site’s precise orientation in a westerly direction. This condition, coupled with a higher plot’s level from east, were the starting point for the lot organization.

In the middle of this main level, a quadrangle defines a place, a void, the heart of the house. This emptiness articulates the constructed bodies that ultimately generate the final configuration of the project. The place where all spaces for collective use are situated and where everything converges.

On the north, the pool and the volume that includes spa, sauna and home theater; on the south, in the longest bar, the suites; and in the east body the kitchens and other service facilities. These three stable bodies, protected according to what they host, receive a large metallic roof that marks the living, dining and veranda – three separated spaces that, for convenience, might become one single space.

This space extends to the deck and continues to the lawn and the wall that defines the upper plateau boundary. This is where you can enjoy the completely unobstructed view of the condominium, the beautiful geometry of the lake, the geomorphology of the fields and, at the end of the day, the sunset. 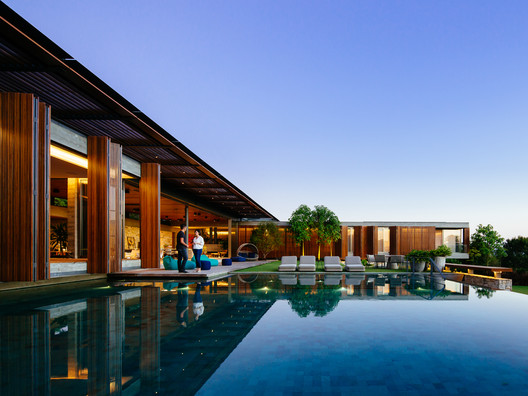 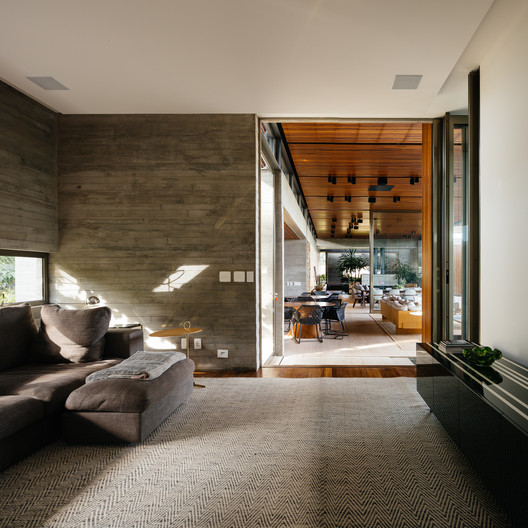