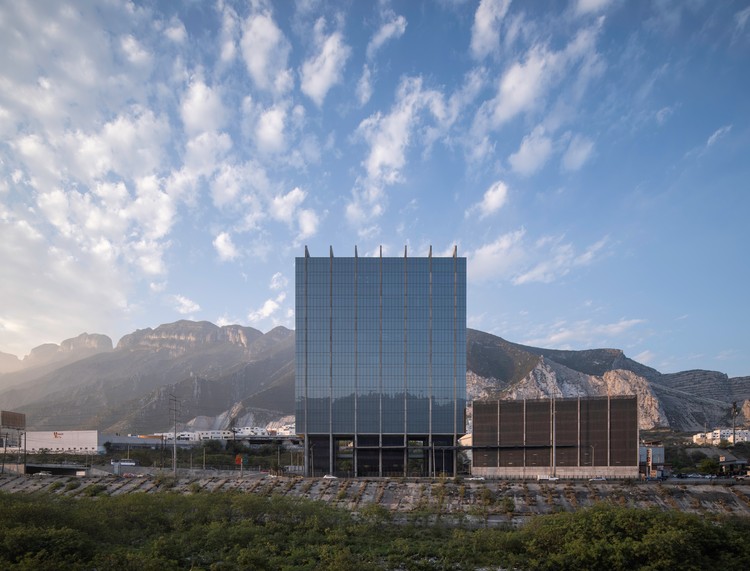 Text description provided by the architects. Albia is a twenty-floor office building located on a property between Antonio L. Rodriguez and Blvd. Gustavo Díaz Ordaz, two high-velocity avenues in the west of Monterrey. Its structure is composed of visible concrete frames that are expressed on the facade as vertical mullions. The offices are located in a reflective glass volume, with a north-south orientation, on a quadruple height base.


The lower part of the building is divided into three glass volumes separated by large voids. The access passes through the voids to the lobby in the central volume. The other two volumes, also connected by bridges on the third level, house shops on the ground floor and two levels of offices.

The promoters of the building sought to introduce small offices to the real estate market of Monterrey, a virtually non-existent commerce. The floors of the building respond to this initiative: they are very efficient, without columns, and can be easily divided. The circulations and services are concentrated in a core in the back facade of the building.

Due to the absence of a surrounding urban context, a large parking lot was required. The parking area is concentrated in a structure with three underground floors and seven floors above street-level. It is linked to the main building by a large steel pavilion. 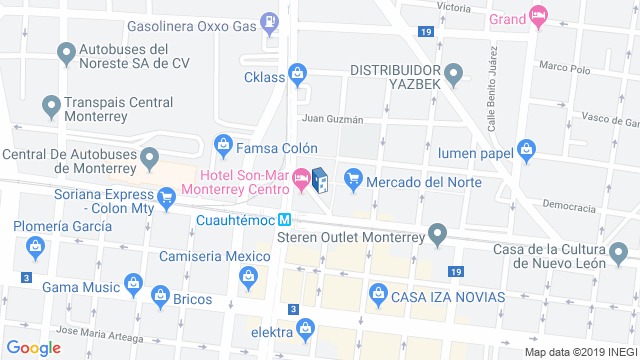 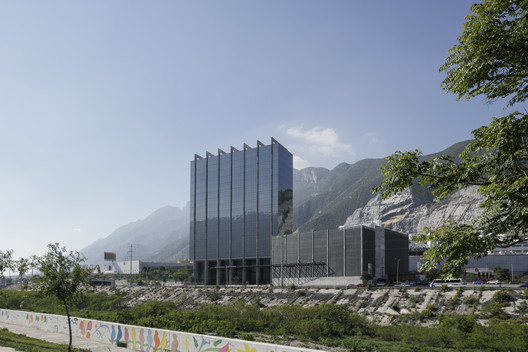