Text description provided by the architects. St.Margaret’s Anglican Church was built in 1861, designed by the architect Nathaniel Billing as a polychromatic brick gothic revival building atop a hill in Pitt Street, Eltham.  The Heritage Victoria registered building is notable for its geometric brickwork, large buttresses, and central bell turret, but also featured a farsighted temporary rear wall which facilitated the extension of the worship space to nearly twice its original size.   The property is also occupied by another Heritage Victoria listed building in Dendy House, a 1870s former vicarage as well as the 1978 mud-brick community hall by Robert Marshall.  Aside from extending the worship space, the scheme endeavoured to relate to these other two distinctive buildings as well as creating a new identifiable entry with ancillary support spaces.

The extension responded to the dominant gabled roof of the church by following the spine and eastern flank, albeit lowered from the historic ridgeline and transformed the western flank by the creation of sectional elements. The varying length of these elements facilitated a series of southerly glazed facets allowing the ingress of mellow daylighting into the worship space without impacting audio-visual projection.  Clerestory windows to the eastern elevation project in a southerly orientation to avoid direct daylight while also facilitating cross ventilation.  A pointed arch stained glass window from the demolished 1861 wall was relocated asymmetrically to the new north wall of the extension to characterize the space as a potential choir or chapel space.

The bituminous shingles cascade down the roof and wall to a rendered plinth, without a gutter at the roof springing point enabling rainwater to gently descend onto a pebbled bank over stormwater drainage.  Aesthetically the shingles relate to the slate-covered roof and act as a backdrop to the polychromatic brickwork but also relieve the parish from the obligation of cleaning gutters that are constantly filled from the copse of trees on the site.  Internally the extension has been designed for both traditional axially arranged seating as well as radially arranged seating. A herringbone neutral striated carpet tiling texturally reflects the timber-lined ceiling of the old church.

Between the worship space extension and the mudbrick, hall is stitched a narrow foyer space with a flat roof acting as a valley between the church and octagonal hall. The fully glazed façade with timber-framed door and thin black canopy identifies the space as the principal entry to the complex while acting aesthetically as a void between the two solid masonry structures.  The glazed façade is rebated so that it discretely connects to the brickwork of the church, a louvred clerestory over facilitates cross ventilation and folding doors between the worship space and foyer accommodate overflow for large services.  A new kitchen, toilets, store and meeting space were inserted under the existing verandahed roof of the mudbrick hall.  The extended and unified church facility has benefitted the wider community with many more community groups and events now operating out of St.Margaret’s. 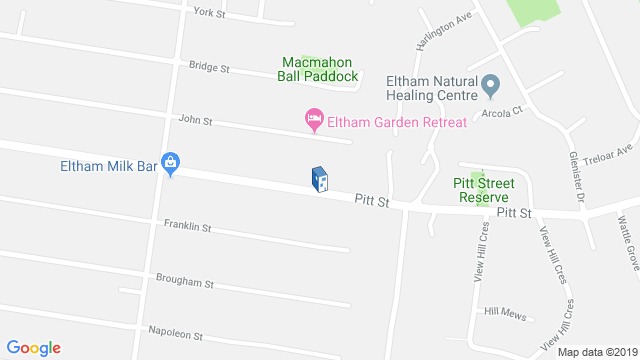