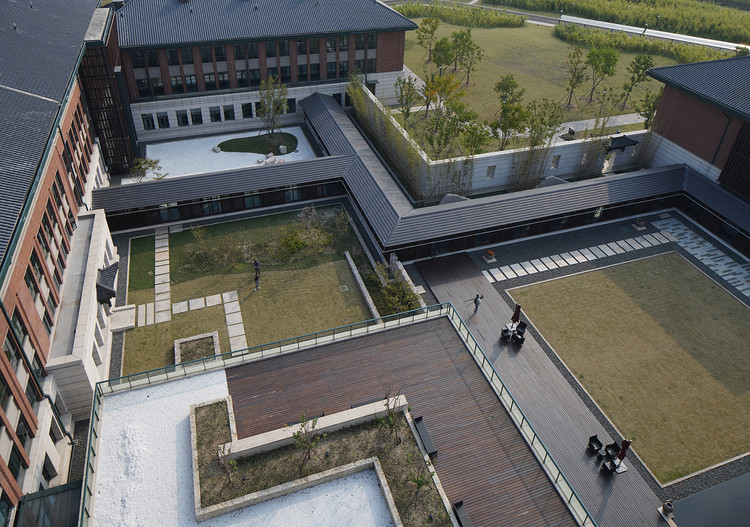 Text description provided by the architects. Haining International Campus of Zhejiang University, which covers an area of1,000 mu and is based on the “boarding academy”, has been fully operational since October 21, 2017 after nearly five years of planning and construction.

The Western Academy is located in the west of the campus and adjacent to the West Gate of the campus. The north side is opposite to the teachers’ apartment, and the east side is adjacent to the northern teaching area with the academic lecture hall as the core. The total construction area of the academy is 24,949.2 square meters and the building height is 15.3 meters (to the cornice).The complex is made up of two C-shaped four-storied buildings from the east to the west. In the future, it will offer long-term or short-term residence to experts and scholars at home and abroad, providing a variety of site selection for such functions as dining, conference, leisure and entertainment in the academy.

The Western Academy is positioned as a four-star characteristic cultural hotel, which not only satisfies the basic needs of guests, but also shows the campus culture of Zhejiang University and the international background of Haining Campus from different dimensions such as indoor and outdoor and soft decoration. It is a starting point and a difficulty of design how to moderately symbolize and survey the history and culture of Zhejiang University, make the project characteristic, integrated into the entire campus, visually universal and unique based on project attribute.

At the beginning of the design, it was proposed to moderately symbolize or essentially develop the architectural style of Zhejiang University Yuquan Campus in different periods. Such elements asmain wall surfaces ofred simple bricks, solid and steady stone bases, traditional Chinese sloping roofs anddecorative lines carry the most profound campus memories of several generations of Zhejiang people to a different extent. The façade design of the Western Academyrefines and summarizes such elements and combines them with structural methods and characteristics of modern architectures, attempting to present the historical context of Zhejiang University in the history. It is our intention to create relative cultural connections and visual connections among different campuses.

In the general layout, the center of the academy is surrounded by four inner courtyards of different sizes and suitable for movement. Through the corridors of the rotation and transformation, rich outdoor space is formed to integrate various behaviors and scenes.Fine masonry and natural tones make the finished simple bricks or red simple bricks look vivid. The green lawn, red bricks and light sandstone look gentle and elegant. Such elements reflect historical charm and survey technological information of modern construction.

Haining International Campus, which is traced back to Western “academies”, is based on the premise of “rationality and natural harmony”. The design of Western Academy is integrated with the whole campus, but has its own characteristics. From consideration of planning integrity toinheritance of design concepts of Zhejiang University’s old campus, i.e., “a new interpretation of classics with modern methods, stones and bricks”, the design probed into and deepened the design system and made evolution and innovation based on the project itself. It boasts symbolic direct expression of the architectural entity as well as dramatic subtle interpretation of courtyards. They are integrated and compete with other for glory. 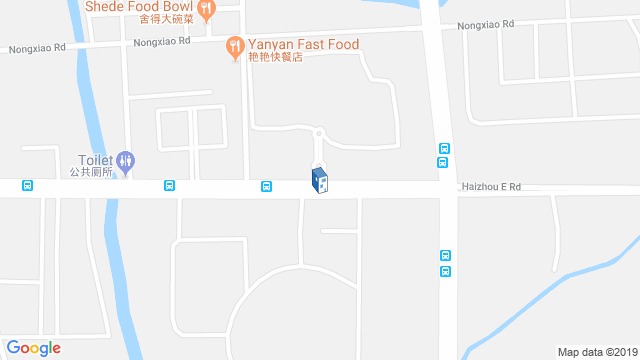 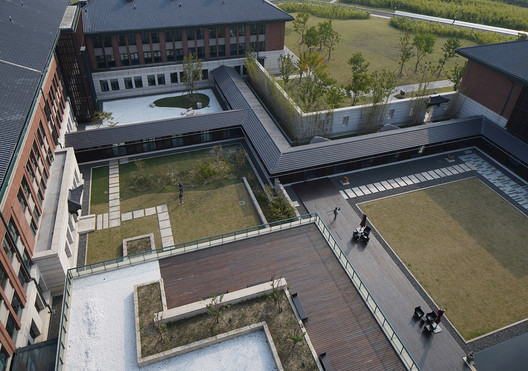