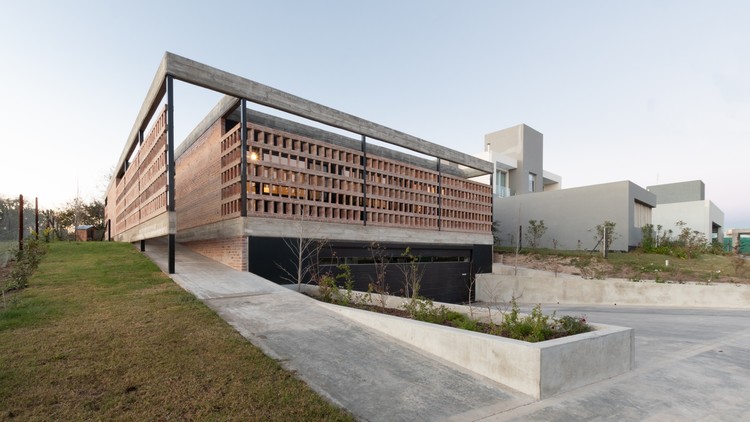 Text description provided by the architects. The site, located in a closed neighborhood in the southern area of ​​Córdoba, borders the background with a green landscape of great landscape granted by a channel that crosses the neighborhood from axis to axis. It also has the peculiarity of presenting an unevenness, which was taken as a starting point to project the layout of the house. In this way, the garage was arranged at a medium level under the street and the house was arranged according to the level of the ground floor, giving priority to a level garden with the general floor.

The connection between these levels and the street is made by ramps, one of pedestrian access ascending towards the entrance door; and the other one of descending vehicular access towards the garage. As a general aesthetic of the house, a rectangular plan wrapped in a brick skin was projected, which becomes permeable according to the visual or sunny needs. It is generated towards the street, behind this brick shell, a longitudinal patio that not only protects the privacy of the bedrooms but also generates protection from the sun given by its orientation.

The plan is distributed in 3 sectors, where the private sector is oriented towards the facade, the semi-private one in the center, and the public sector towards the bottom with general views towards the garden. This distribution led to the generation of a large ramp that accompanies the extension of the house, to generate a leading income towards the main environment. It was decided to locate the large social space by taking the entire buildable width of the land and in clear relation to the back of the site. For this environment, a living room was designed with a semi-integrated kitchen that allows sectorization to be made possible by means of aluminum folding doors. 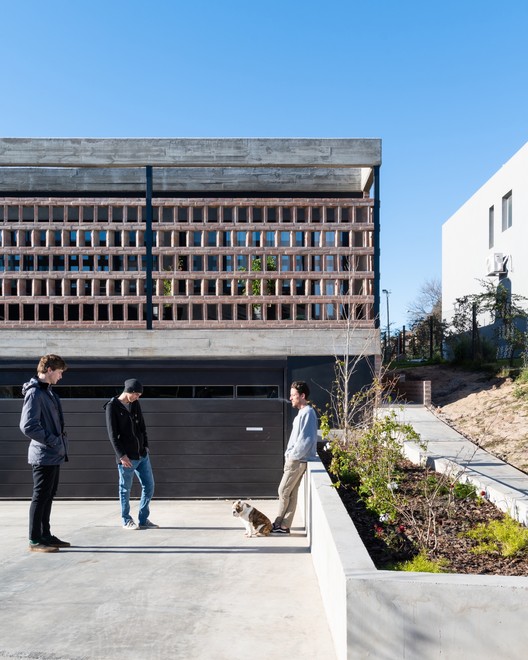 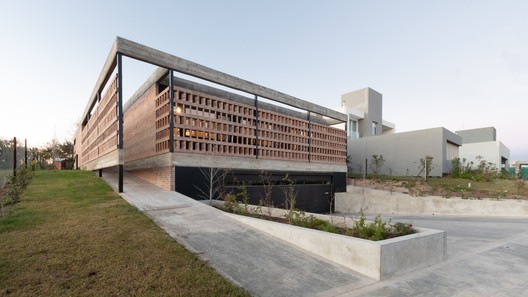