Save
The Forge Offices and Exhibition Space / Emrys Architects 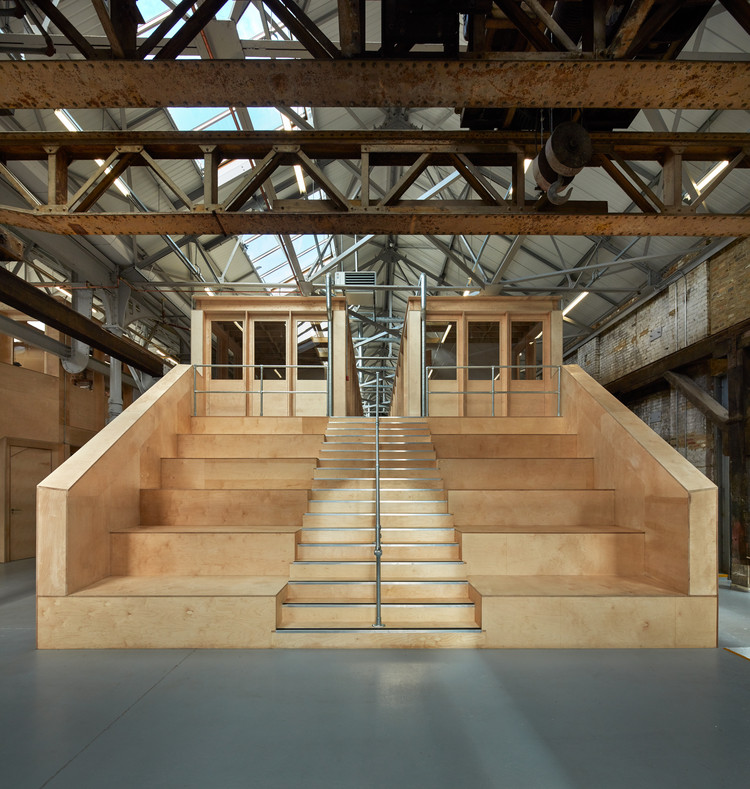 Text description provided by the architects. The Forge by Emrys Architects is a new headquarters and exhibition space for Craft Central, a charity promoting craftsmanship and providing affordable studio space for crafts professionals in London’s Isle of Dogs. The project has been conceived as a bold contemporary intervention within the historic Grade II listed former Millwall Ironworks – originally built in the mid-19th century at the zenith of the area’s shipbuilding activity. The project sees design and making reintroduced to the Isle of Dogs district, an area historically associated with the traditional industry currently dominated and characterized by larger, more commercially-focused firms.

Craft Central approached Emrys Architects with a brief to create a collection of studios, workshops, and exhibition space. Emrys’s design response constitutes a free-standing two-story timber structure that, by not touching the original building, maintains its heritage value and integrity while permitting contemporary new use within the immense internal space. The structure provides a series of self-contained studios, meeting rooms, and allows for a full-height exhibition and event space at the front of the building. Emrys Architects’ design has been developed and constructed by iSpace Corporate Interiors who refined the design for a quick, cost-effective construction.

The team sought to realize Craft Central’s vision of supporting local micro-businesses and establishing a sustainable foothold in which they could flourish. Considering the short period of time since The Forge first opened its doors to the public on September 2017, it has proved very popular with the broad range of craftspeople that currently inhabit the spaces as tenants. The design of the studios seeks to grant Craft Central, who has taken on a 20-year lease on The Forge, flexibility with a structural module that can be adapted to allow varying unit sizes. Studios range from 83 to 286 sq. ft and make maximum use of natural light.

The Forge also offers shared workspaces for creative professionals who want somewhere to work occasionally rather than commit to a full-time studio. Emrys’s surprising yet striking response to the brief, featuring a crisp stand-alone insertion, has added significant further value to the building. Alongside creative businesses, the project also facilitates a public program of craft workshops, exhibitions, and community-focused activity. Since opening to the public, the event space which Emrys created by pulling back the studios, has hosted a violin concert for which the acoustics were excellent. Craft Central’s original brief did not include an events space but found that this was a welcome addition.

Craft Central are now looking to develop the use of the space and make it a focus for the local community. Large windows at the front of the building look onto this space encouraging interaction from passers-by. New and old seek to complement one another throughout Emrys’s and iSpace’s adaptation of The Forge. A conscious design decision to expose services and structure further celebrates the host building’s heritage and character, and the choice of birch plywood and galvanized steel as part of an industrial material palette complements the historical language of the former ironworks. 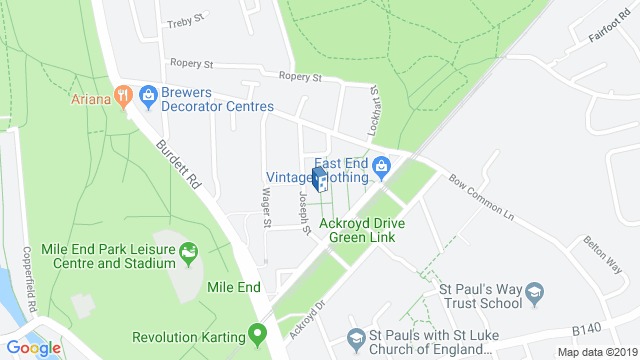 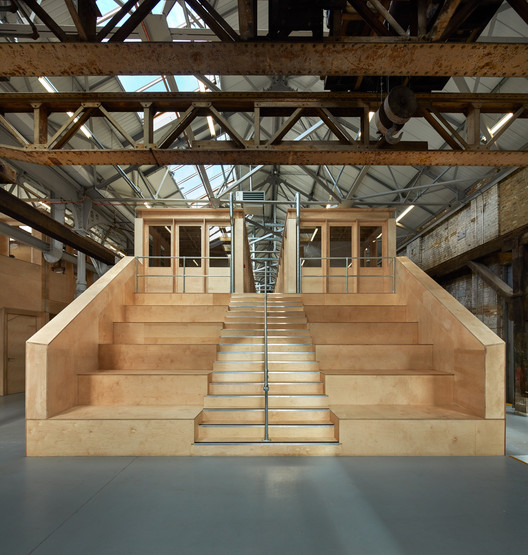