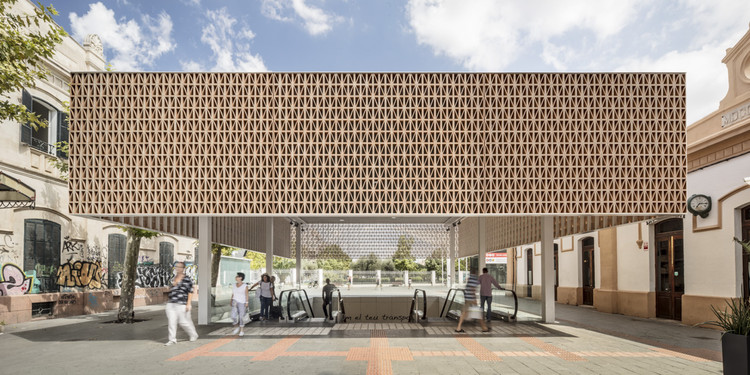 Text description provided by the architects. The new entrance of the Palma Intermodal Station, originally constructed in 2007 at Plaza de España, is built on the pre-existing entrance of the railway station.

The main access to the Intermodal Station was by stairs that went down uncovered toward the center of the station, with the inconvenience of eventual flooding - due to its funnel condition to the underground infrastructure -, creating discomfort for passengers on sunny days or rain and the continuous repairs of the escalators to be suffering the inclemencies of time.

The intervention focuses on two aspects: covering the access to the Intermodal Bus and Rail Station of Palma de Mallorca by means of a flat roof and emphasizing the location of the entrance by means of the location of an information tower, since it is partially hidden between two existing buildings.

The new proposal (2018) is based on a simple action by forming a volume composed of a ceramic latticework, which means a minimum transformation of the existing and traditional buildings around while emphasizing the entrance and simultaneously protecting the station’s entrance from water and requiring a minimum maintenance of the same as well, thanks to its simple entity.

The start of the latticework is aligned with the cornice of the existing buildings, which creates a formal dialogue that complements the chromatic and material relationship between the new ceramics and the old buildings.

The ceramic pieces have been designed and created just for this project, working closely together with the company “Ceramica a mano alzada” and the Ferres Ceramics factory. About 9.000 single pieces of 12 x 24 x 12 cm each are forming the cube-like roof, a rectangle with a diagonal, that allows to place in both directions, being able to create different and unique patterns, while preventing the placement of pigeons in its nucleus.

The new roof resolves the encounter with the existing pavement by incorporating a strip of composite panels, similar to the existing ones, which is topped with a glass railing, which recovers the vision of the gardens of the railway park, located just behind the entrance.

A square is created a couple of feet in front of the station, which is marked by the information tower and where it can be seen from anywhere in the Plaza de España.

The tower is lined with composite, as is the existing entrance. In the strip that coincides with the latticework of the roof, ceramic pieces of the same characteristics are also placed. 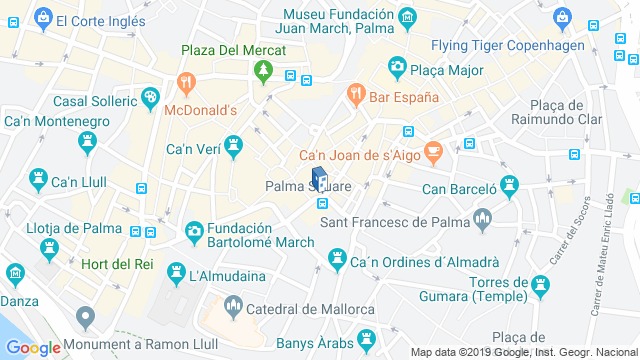