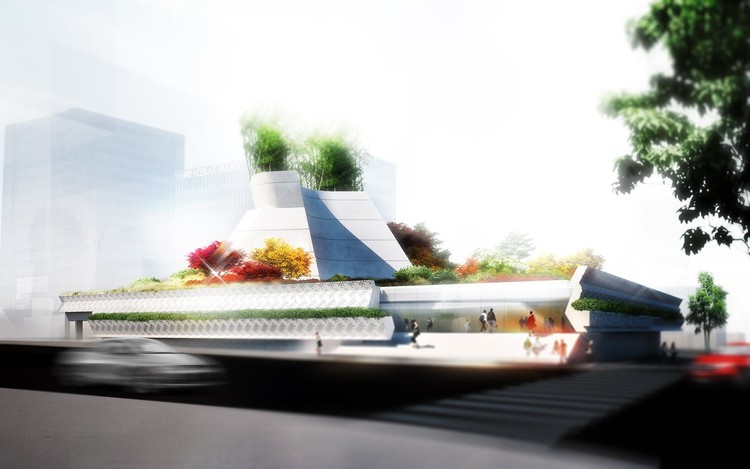 Morphosis has unveiled a new design for the Korean American National Museum in Los Angeles. The project includes a two-story building with a green-roof of plants native to the Korean peninsula and California. Rethinking the Hanok dwelling typology, the project is made to bring architecture and landscape together. Referencing traditional Korean architecture, the team designed the project as "a piece of Korea grafted onto Los Angeles."

The new museum will be organized with a series of interconnected galleries, meeting rooms, and offices around a central open space. The design was made to "honor the sacrifices and hardships of parents and grandparents while showcasing the fruits of those sacrifices: the accomplishments of future generations," said Eui-Sung Yi. The project features a concrete and perforated metal panel structure with freeform galleries and support spaces around the central oculus.

Jae Min Chang, board vice chair for the Korean American National Museum, said that, “The building will stand as a vital institution for the millions of Korean Americans who have made this country their home, and will beautifully represent the strength and accomplishments of our community.”

Morphosis has stated that the design team is led by a group of predominately Korean and Korean American architects and designers working under the direction of Morphosis founder Thom Mayne and Morphosis partner and project architect Eui-Sung Yi. The museum is scheduled to break ground in 2020 and is expected to be completed in 2022. 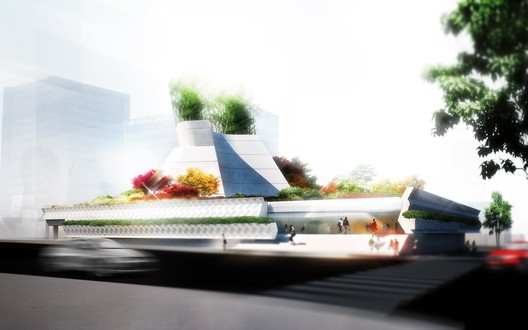