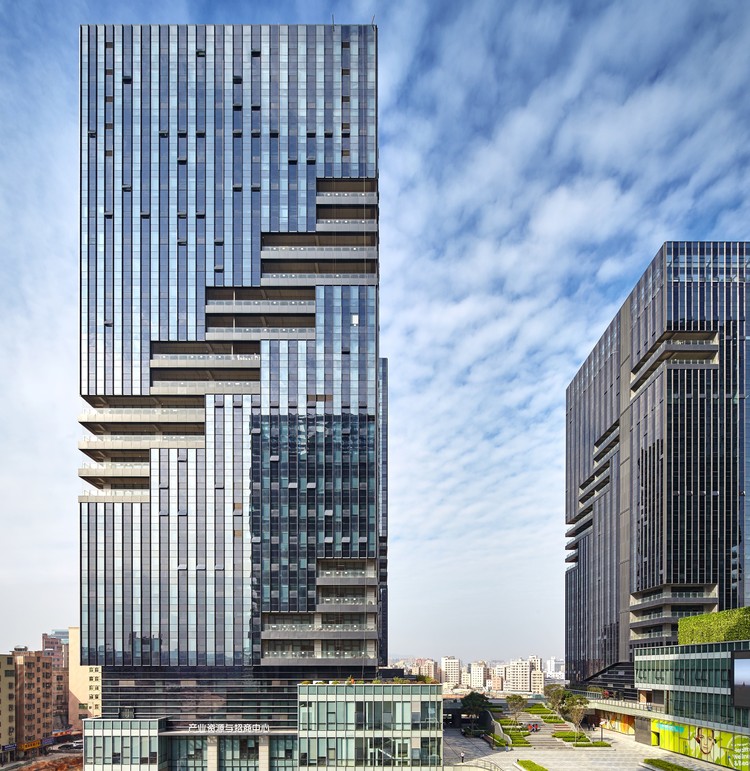 Text description provided by the architects. Tian'an Cloud Park, with a total investment of over 30 billion yuan, is a "world-class intellectualized industrial complex" built by Tian'an Junye Group, which integrates science, technology, commerce, life, culture and education, and a new industry which is committed to developing the new generation of information technology, such as cloud computing, Internet of Things, etc.

As one of the most attractive central urban areas and industrial hubs in Shenzhen in the future, it combines innovative design concepts such as "cloud belt", "main street" and "sharing" to create a whole shared cloud space at the bottom of the park, which highly reflects the sharing spirit of "cloud computing". Under the strategic opportunity of integration inside and outside Shenzhen Special Economic Zone and upgrading of industrial structure, "Special Economic Zone Expansion Demonstration Zone" is planned by Shenzhen and Longgang District governments.

This is a super complex project of nearly 3 million square meters, which has been developed and promoted in several stages. The volume ratio of the first phase of development is as high as 7.

Cloud Park
First of all, like the Santa Clara Valley in the United States, Shenzhen Sakata region also hopes to be able to undertake the entrepreneurial dreams of young entrepreneurs. The real meaning of "Valley" lies in the gathering of entrepreneurs. Secondly, when it comes to "cloud"(apparently unrelated to Ma Yun), it is easy to associate the technical terms of such as "cloud computing" and "cloud storage" for sharing data and resources. Yes, the concept of "cloud" is based on "shared resources". But cloud valley shares services and supporting systems. Finally, we cleverly graft the two words "cloud" and "valley", which indicates innovative ideas and thinking. "Nothing is impossible", which should be the core of Shenzhen's innovative spirit.

Platform
As far as physical space is concerned, platform is the ultimate embodiment. Corresponding to the "hills and mountains" formed by each building unit of the office tower, the platform is the "fertile valley" of the whole region. Geographically speaking, valleys are usually flat and warm, so most of them become places where people live and live together. By analogy, people who work in office towers for a day find a sense of rest in the platform area, which coincides with the natural space experience.

Platform is not a single slab space. What is created here is the concept of shared service space. In this area, space folds,various service functions gather here, and the functions of catering, commerce, leisure, fitness, cultural theatre and so on can not only meet the needs of the office, but also achieve the supporting functions of life. It fundamentally resolves the pressure on employees brought by the normalization of "996" office mode in high-tech enterprises. In addition to hardware space, one-stop software service solves the security, information, vehicles, logistics, finance and other functional modules of software system, which provides the greatest convenience for enterprises and employees.

After the completion of the project, it has produced a tremendous shock in the office market in Shenzhen and become a demonstration project in the city. At present, the second and third phases of the project are under construction. 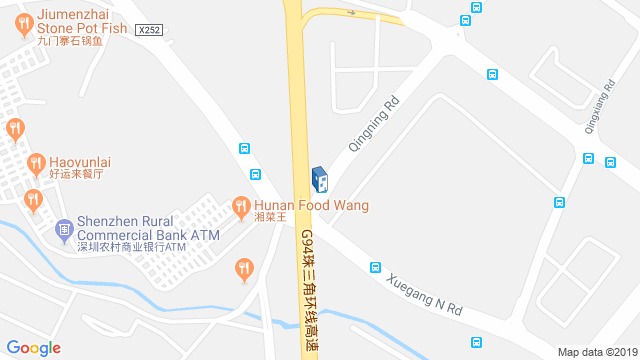 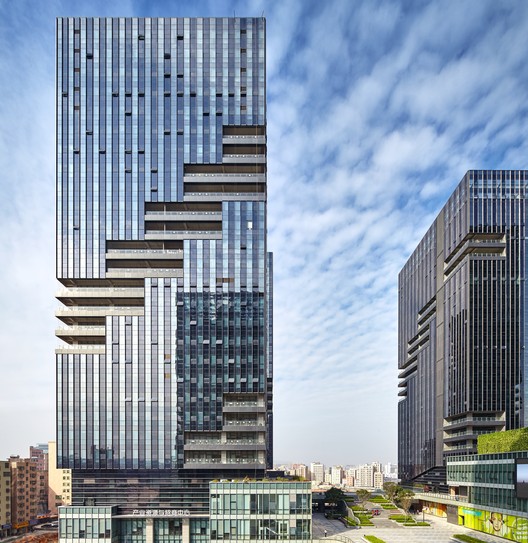