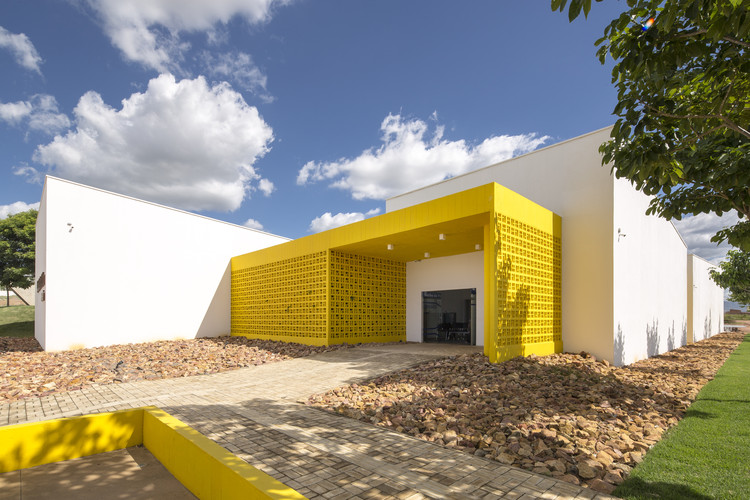 Text description provided by the architects. The Legal Practice Center of Unileão has an agreement with the Public Defender's Office of Ceará that allows students of the institution to follow and experience real legal situations, contributing to their practical training. The architectural brief required a public service area, an institutional area, and a pedagogical area. In addition, an auditorium containing a foyer can serve as a venue for events linked to the area and of interest to the community.

For buildings located in Brazil’s northeastern area, being very close to the equator line, the North-South orientation is far more favorable, as it exposes less facade area to the more intense sunlight incidence directions, the sunrise and sunset. In this architectural project, the orientation in question would require far more earth moving works, which led to the choice of the East-West orientation. This demanded more effective strategies when it comes to protection from sunlight.

The building consists of four opaque white pure volumes, connected by a yellow central volume that serves as a confraternization area and as a form of articulation between the blocks. In the white volumes, where the main spaces are distributed, the strategy adopted was to minimize the heat through layers by the following mechanisms: 1. The creation of a wall without any openings that completely blocks the sun; 2. The distancing of said wall from the building itself, creating an air chamber and a garden area, which delays the heat transmission and contribute to the cooling of the air, respectively; 3. The use of colorless glass windows equipped with light shelves that capture the vertical lighting and bounce it into the interior, minimizing the need of artificial lighting during the day. The three layers delay heat transmission to the indoors, reducing the use of mechanical cooling and its costs, without giving up the use of natural light and contributing to the comfort of users.

The central volume is covered by a roof garden that absorbs external heat and acts as a thermal insulator. This same roof has a longitudinal opening in the North-South direction that lets the light in. This opening is filled with concrete cobogós creating a rhythm of light and shadow that moves throughout the day as the sun moves. Right below, a concrete bench and garden embrace the lounge area. The replacement of traditional brickwork by cobogós allows cross ventilation, a mechanism that combined with the internal gardens renews the air and cools down the internal spaces, ensuring thermal comfort and permanence of users.

The respect for local climate conditions is also present in the use of plant species adapted to dry climates, such as Golden Trumpet Trees, and Dracaenas, as well as dry gardens with stone coverings. Local materials are present in the hollow elements, exposed concrete, industrial flooring, the white texture, and the striking use of the yellow color for the central volume. The choice of these elements also contributed to the reduction of costs for the construction. 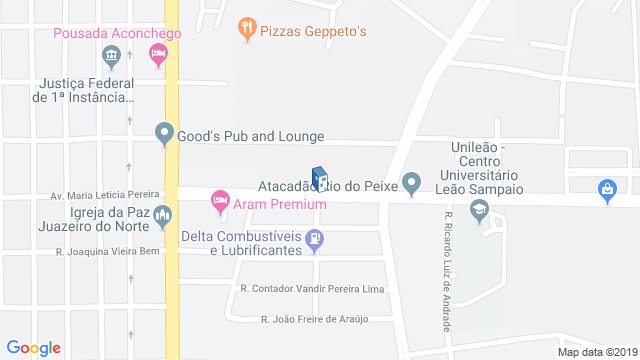