The Van Alen Institute and the City of North Miami have announced Department Design Office as the winner of the KEEPING CURRENT competition. The team has been awarded $80,000 to transform a flood-prone lot in North Miami into a community space and storm water management site. The competition aims to reduce the cost of flood insurance, reinvigorate underused communal areas, and promote climate consciousness.

The competition, which launched in April 2019, invited architects and designers from around the globe to submit proposals that reimagine public uses of the City of North Miami’s current and future portfolio of flood-prone vacant lots, known as repetitive loss (RL) properties. The finalist teams were asked to develop a high-level proposal for a pilot activation of an RL site, located at 901 Northeast 144th Street, North Miami. The 18,101.81 SF site is in a residential neighborhood, adjacent to three single-family residences and a street. Finalists were asked to consider that some community members experience regular flooding and standing water, while others do not.

Department Design Office’s winning proposal, Good Neighbor, addresses two critical concerns that arose during community discussions about this treasured public space. Through a piping and basin system, storm water will flow into a water retention pool, decreasing the amount of flooding on nearby properties. With physical markers registering water elevation change, the retention pool will also make flood water visible to members of the community, presenting an opportunity to increase local awareness about how much water the area receives. In addition to the retention pool, Good Neighbor will incorporate diverse plants native to the area in order to highlight the different ecosystems that have been sacrificed due to development, including pine rockland, coastal hammock, coastal marsh, marsh prairie, and sawgrass marsh.

“Because many of these lots, and the pilot site specifically, are within residential areas, they have the potential to give back to the community in a meaningful way - to be a good neighbor,” said the Department Design Office. “Rather than lay vacant, these lots can increase stormwater capacity and alleviate local flooding by functioning as basins; unlike other forms of stormwater infrastructure that are typically buried underground, however, these sites offer the chance to make visible their function while showcasing South Florida’s unique ecology. We envision this pilot site, and other emergent sites, as a register for environmental change that simultaneously grows public awareness, reduces risk locally, and provides a community gathering space.”

Department Design Office will have five months to develop a master plan for RL sites in North Miami and to fully flesh out designs for the pilot project’s implementation. Van Alen will collaborate with Miami-based placemaking organization Urban Impact Lab and local stakeholders to ensure that the design will genuinely serve the needs and desires of the North Miami community. The Department Design Office team is comprised of four entities: Department Design Office, Adler Guerrier, Andrew Aquart, and Forerunner. Together, they form a multidisciplinary team with both local and expert knowledge of design, planning, and ecology.

More information on the design will be unveiled in December 2019. The Van Alen Institute has previously participated in a range of engagements seeking to improve the urban fabric of American cities, including their competition to redesign New York City's green trash binsand contest to shape the future of West Palm Beach, Florida. 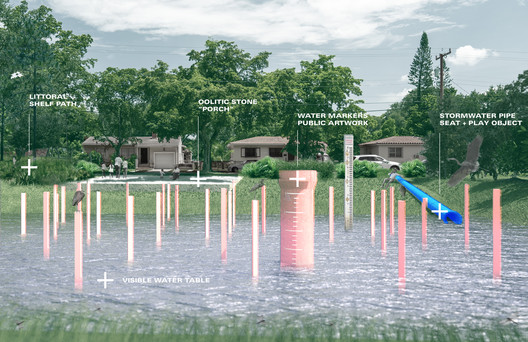