New York City is home to more than 23,000 litter baskets for waste and recycling. The most widespread design—the green, wire-mesh basket—dates to the 1930s. While iconic to the streets of New York, the wire basket is in need of a redesign to address the current and future waste needs of the city. The BetterBin competition offered designers from around the world a chance to envision a new litter basket with a sustainable, environmentally conscious, and ergonomic design that could improve the quality of life for New Yorkers and the service experience for Sanitation Workers.

“While residents and visitors may be familiar with the iconic green city litter basket, there is no shortage of fresh new ideas to modernize and reinvent it for the future. We were thrilled to receive nearly 200 submissions from around the world,” said Sanitation Commissioner Kathryn Garcia. “The BetterBin team is excited to announce the finalists for the competition and we look forward to testing the prototypes in 2019.”

Each finalist will receive $40,000, which includes an award and funding to produce full-scale prototype baskets for testing out on New York City streets. Prototype testing will take place in summer 2019 and will be accompanied by a public opinion survey. After the testing period, the judging panel will select a first-place winner based on prototype performance, public response, and feedback from the Department’s Sanitation Workers. The winner will be eligible to contract with the City for further design development to ensure the ability to mass-produce the basket at a reasonable cost, as well as refine technical issues. 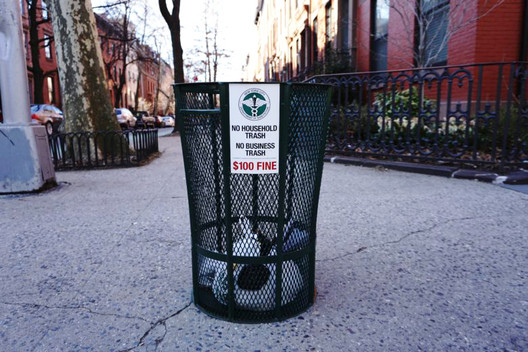