This month, we talked with Amin Taha of Groupwork + Amin Taha to discuss his firm’s work and office space. Groupwork primarily does work in the U.K., with some projects taking place elsewhere in Europe or even further afield.

Groupwork’s design work is often characterized by programmatic layouts, differentiated through more specific elements such as locality. Central to its design process is the mantra of “explore, restore, ignore.” First, the firm explores the physical, historical, and social contexts of a site. Then, they consider how much of this context to restore or ignore. ‘Ignoring,’ Taha claims, has a more “seductive” meaning might initially be assumed, as it introduces a counterpoint to the existing context.

Taha is reluctant to suggest that his workspace is at all special, noting that found spaces are common sites for architectural offices. Nonetheless, Groupwork’s office beautifully embodies the very simplicity and historicity identified earlier by Taha as typifying the firm’s work. As a new design making use of an old structure, the building is split around 50-50 between its historical and contemporary elements. Old sections are left completely revealed, while new interventions offer teachable examples of structural elements for visiting students. These are described by Taha as “structural gymnastics” – serving both the workers’ own pleasure as well as the student tours frequently brought to the office. 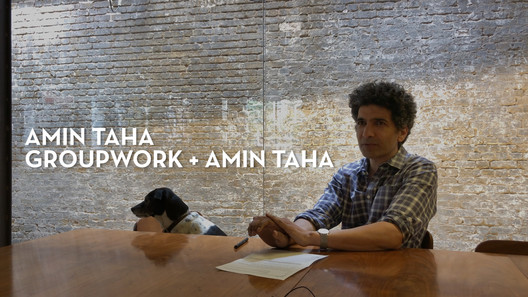