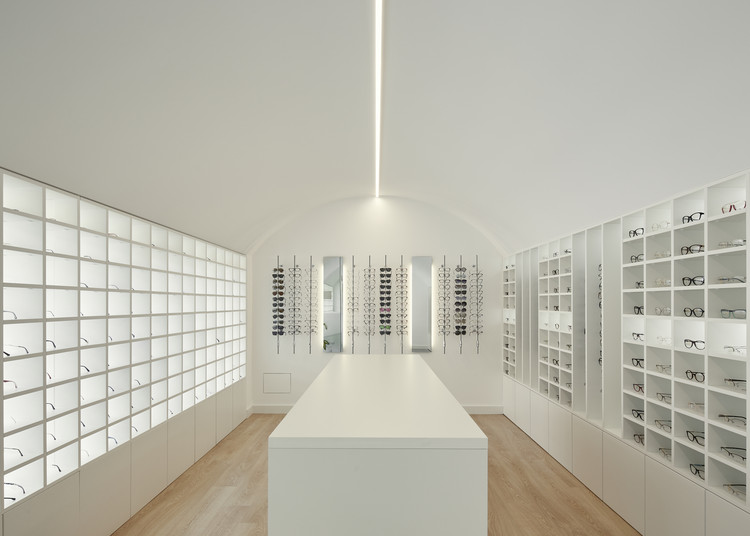 Text description provided by the architects. In the center of Ansião, more specifically in the Conselheiro António José da Silva street, an architectural project for an optician arises. As an important optician in the local market, Lena Óptica felt the need to modernize its existing space, which was outdated and lacked personality.

The idea for the project was to harmonize a jagged and angular pre-existing space, using the concept of the furnishings perfectly adequate to the size of the glasses, and thus, creating a constant rhythm. This gives the space not just a contemporary touch but also allows more freedom for moving around, as well as working for storage. In general, the furnishings created work as a chequered layout, which combines natural light coming in from the windows and at the same time, makes it possible for people to look inside the space and vice-versa.

To contradict the static rhythm created by the furnishings, a barrel ceiling was created, which in terms of space, gives you a sense of connection between the two lines of furnishings (window and exhibit area). Fluid and varied movement are allowed around two counters/storage units set in parallel and in axis with the window and the exhibit area. Regarding the materials and their color, white prevails in all of the painted surfaces and furniture. 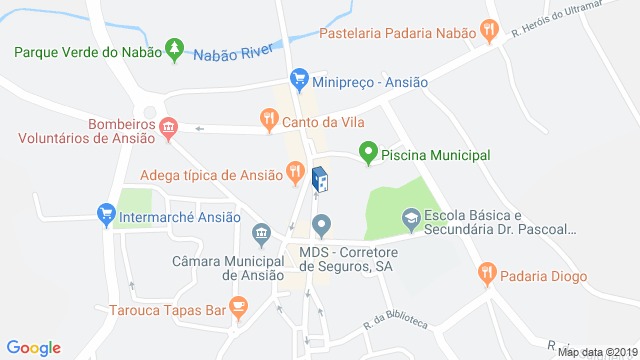