Save
“Everybody Can Share an Opinion, But at The End I’ll Decide”: In Conversation with César Pelli
Share
Or
Copy 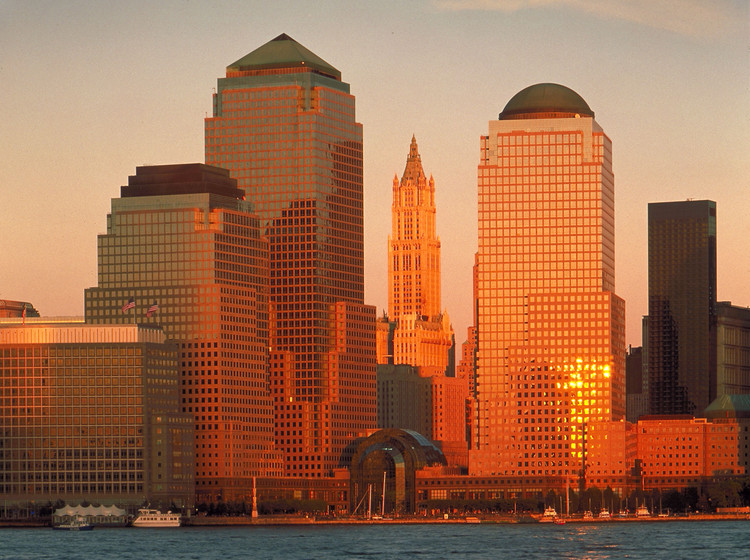 Cities’ greatness should be judged by whether they have succeeded in accumulating extraordinary works of architecture. They can be fantastic for their food, music, or lifestyle overall, but if there is no architecture, they are hard to grasp, they are not anchored, not grounded, not memorable… not real, in a way. Maybe I am a maximalist but there are a number of cities that I visited with just one goal in mind – to see a single extraordinary building. For the record, these cities are Fort Worth, Bilbao, Valencia, San Sebastian, Guangzhou, Sydney, and Kuala Lumpur, among others. The last one on this list has acquired its instantly recognizable image in 1996, when the 88-story Petronas Twin Towers have risen high above it. These unique buildings remained the world’s tallest until 2004. This iconic structure was designed by Argentine-American architect César Pelli who passed away last week at the age of 92.

Pelli was one of the first architects I wanted to meet once I started conducting my ongoing series of one-on-one interviews with distinguished architects. Presented here for the first time, our interview took place in January 2005 at César Pelli & Associates that was renamed into Pelli Clarke Pelli later that year. Pelli founded his practice in 1977 at the age of 50. The same year he became the Dean of the Yale University School of Architecture and took on the design of the expansion of the Museum of Modern Art in Manhattan, of which only his 56-story Museum Tower that was finished in 1984 remains. The building stands directly across the street from Kevin Roche-designed tower and diagonally across from Eero Saarinen’s CBS Building. Both Pelli and Roche worked for Saarinen as associate designers. Their legacies are firmly tied and commemorated by this trio on what has become architecturally, the most nuanced and richest urban block in America that also has accumulated back-to-back buildings and interiors by the likes of Stone, Noguchi, Johnson, Taniguchi, Nouvel, Diller Scofidio + Renfro, and Norten. Pelli’s other famed milestones include Salesforce Tower (2018) in San Francisco; Red (2012), Green (1988), and Blue (1975) Buildings at Pacific Design Center in Los Angeles; Torre de Cristal (2010) in Madrid; 88-story International Finance Center (2004) in Hong Kong; National Museum of Art (2004) in Osaka; One Canada Square (1992) in London; as well as Carnegie Hall Tower (1991) and the World Financial Center (1988), both in New York. In 1991 Pelli was named one of the ten most influential living American Architects by the American Institute of Architects, the organization that awarded him its esteemed 1995 Gold Medal. In the following excerpt, we discussed mainly one building type, for which the architect was world-famous – the skyscraper.

VB: Why do you think people are striving to build high?

CP: My personal feeling is that it comes primarily from how we, the human beings are made. We are these vertical creatures and very curiously our eyes, through which we communicate with the world are placed way at the top. And I believe that this uniqueness of the humans to be vertical and moving vertically against the static horizon conditions how we pursue things. The strongest image I have for my skyscrapers are people – they are individuals. I want them to be civilized and to behave well within the urban context.

VB: Many modern skyscrapers pursue Miesian flat-topped, rational, idealistic vision. What is your view of his reductive high-rises?

CP: I don’t think Miesian buildings can be defined as skyscrapers. They are high-rise buildings. Mies very strongly did not want his buildings to be called skyscrapers. He called them high-rises and he was right because skyscrapers convey other values and meanings that he was not interested in. A skyscraper is a symbolic thing. But for such a rational architect as Mies it was an anathema. And indeed, there shouldn’t be too many skyscrapers. If a building is not the tallest in a particular city, it is fine to be a high-rise building. It makes sense for most tall buildings to be high-rises. Interestingly enough all of Mies’ buildings are very well placed and proportioned. But just a few blocks away from the Seagram Building in New York you don’t know which one it is. It is lost. But from afar, from a train coming to New York from Long Island City or from New York airports you can see the Chrysler Building or the Empire State Building. You know where they are and what places they mark in the city. You see the Chrysler Building and you know that the Grand Central Station is right there. It is very important. So, for me any building that pretends to be a skyscraper needs to be quite a bit taller than buildings around it.

VB: How would you describe your architecture?

CP: I see it as the architecture of response, which I believe all architecture should be. We, as architects, should not invent totally new things. We should try to respond to a specific place, to a specific program, and to specific people. And we need to interpret these problems technically and emotionally and produce a building that will function well and if we are lucky make it into a work of art. But that is not essential. That is an extra bonus. And a big confusion today is that often it is placed as a primary objection. It is actually better if most buildings are not trying to be the works of art. The great cities in Europe are very beautiful because of their coherence. These buildings complement each other and make up a harmonious whole, which is more important that any of the parts. Appropriate repetitions and imitations are very healthy. Only exceptional buildings like cathedrals in old European cities should be special.

VB: How many schemes do you usually develop for a particular project?

CP: We usually investigate five or six schemes, sometimes more. But, for example, if you are designing a skyscraper you know from the beginning that it is going to be a tall vertical building so in that respect there can be only one scheme.

VB: But you are always faced with many options for how you twist, shape, and finish this tall vertical building, right?

CP: Yes, on average we make 500 to 600 models per project. For example, we can make five or six models of a particular window design. As far as towers, we usually make 20 to 30 models of variations to study the overall form.

VB: And how do you know when to stop?

CP: That is very difficult and very important. Sometimes you just know, that’s it. Sometimes you have to stop because you run out of time. Not money because money will keep on going, but you have to have deadlines. If it is a competition you can work all night, but the morning comes, and you have to finish it.

VB: Who makes the decision? Do you need anyone’s advice?

CP: I make all of the decisions myself. But I listen to my colleagues very carefully and sometimes I change my mind. But one person needs to make the decisions. We never argue. Everybody can share an opinion, but at the end I’ll decide.

VB: Can you talk about the design process – rational versus intuitive, structure versus skin?

CP: I don’t believe that rational and intuitive are opposites. They are two aspects of the same thing and how we think. There is always intuitive in every rational analysis and there is rational behind every intuitive aspect. We always begin with trying to understand rational aspects of a project: the site, the program, the code, surrounded buildings, typography, winds, climate, etc. After all of these are congested, I will consider giving it a form. I think sketches that architects can’t resist making while visiting the site are dreadful things. That is a weakness that we architects can’t resist, but it is a bad habit because there is a danger that one can fall in love with a sketch and fall into a wrong direction.

VB: In your buildings, skin is used metaphorically as a tablecloth, right?

CP: I think all architects today treat the building’s skin as a tablecloth. It is something that is hanging from either a structure or a table. So, what you see is, in fact, a tablecloth. Our own skin doesn’t represent our skeleton, but it depends on it. So, structure and skin have to have a dialog.

VB: Could you talk about your design for Petronas Twin Towers and the idea of relating the new towers to traditional Islamic forms?

CP: This was a competition project. The organizers called to design a Malaysian building. But what is a Malaysian building and not American or European? There isn’t really a tradition in architecture there. So, this became a very interesting intellectual and artistic problem. In the process of a form search I came up with two identical buildings in a symmetrical setting, which is unusual. For example, the World Trade Center towers by Minoru Yamasaki were not symmetrically placed because the architect wanted to avoid symbolism. But symbolism was exactly what I wanted to achieve. I wanted to have a figurative space between the towers and to connect them with a bridge, which is very important as a composition and as image. Symbolically the building means the gate to the sky and the people of Malaysia see it as their symbol.

VB: Where do you derive your inspiration from, do you paint or do any kind of art?

CP: I do some pastels, but I don’t derive inspiration from art. I don’t believe in that kind of inspiration. To me the true inspiration needs to come from the problem itself. The inspiration comes from walking around the site, talking to the users. Because the inspiration for me is not a finished image, but is like a tiny plant, which needs to be nurtured into a very beautiful tree. I avoid sketching before the image is crystallized. I find sketches misleading.

VB: What contemporary skyscrapers designed by other architects inspire you and why?]]

CP: I don’t get inspired by buildings, but if I had to name one it would be One Mile High Building by Frank Lloyd Wright. It is such a beautiful thing. It expresses tallness and modernity with such incredible clarity.

VB: What is the tallest building that you ever designed?

CP: The tallest skyscraper I ever designed was called Miglin-Beitler Tower in Chicago. This tower was going to be 2,000 feet tall, but it was never built. This is the tallest height that one can build in the United States without getting a special permission from Federal Aviation Administration.

VB: If you had the freedom to design a skyscraper without any restrictions, what would it be like?

CP: I have no idea. For me the fun of designing a skyscraper is to have real conditions and restrictions. That’s what makes it interesting. I’m very interested in designing skyscrapers, but I don’t have any preconceived images. 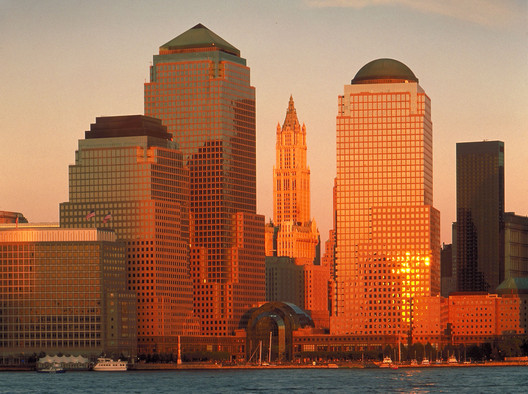