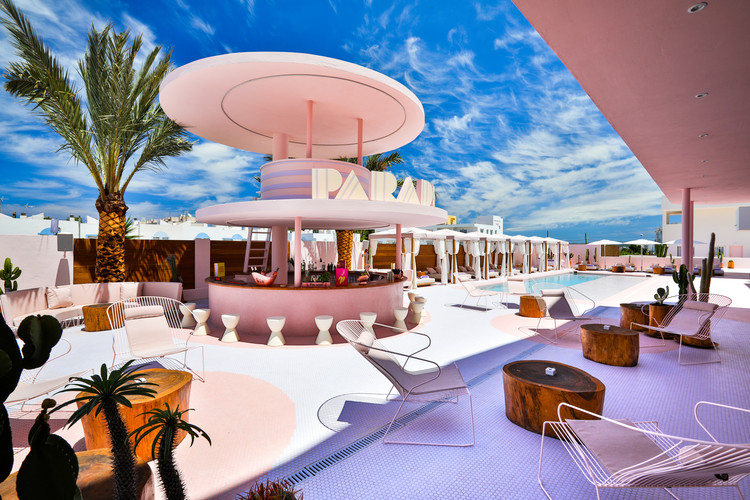 Text description provided by the architects. The interior design project we have developed for Art Hotel Paradiso Ibiza is based on two key inspirations: Miami Beach, which we identify as pastel colours that blend with urban art, and the style of the group of the Italian architects of the 70s, Archizoom.

The nature of the project, which involved a total renovation of an existing building, has been determined by the material choices. The use of around 12,000 m2 of tile in different shades chosen by us and developed by the Spanish brand VITROGRES stands out as a key element. It is the material that has been used both in the common areas and in the rooms. It is also interesting to note that we liked the idea of mixing contemporary design with a natural element. That is why we imported wood from Bali to be able to offer this effect.

To describe our intervention we can start with the facade, where some cantilevers and vertical elements were added, as well as an intense lighting that at night reminds of Miami's art-deco neighbourhood.

The access hall is designed as a multifunctional space, where, in addition to the reception we have added a library space, a cafe bar for events and a "Zero Suite" room. This is a transparent space where one can sleep for free for one night, as long as they're willing to be seen at all times as in the reality series Big Brother.

From the Hall one can watch the exterior relaxing area. This area is marked by the choice of pink and purple tiles in the floors extending in the pools as well, achieving an aesthetic continuity. The bar area is inspired by the typical "Bay Watch" style turrets.

On the other hand, the rooms and corridors are an explosion of colours. There are three different types of colour palettes for the rooms, mixed throughout the 60 rooms of the hotel. In them, we wanted to design a unique environment where the customer can enjoy the abundant details discovering them throughout their stay.

Likewise, it is worth mentioning a whole series of custom-designed furniture and lighting objects for this project, that offer an added value to the interior design project and a more genuine character to the hotel's creative essence. 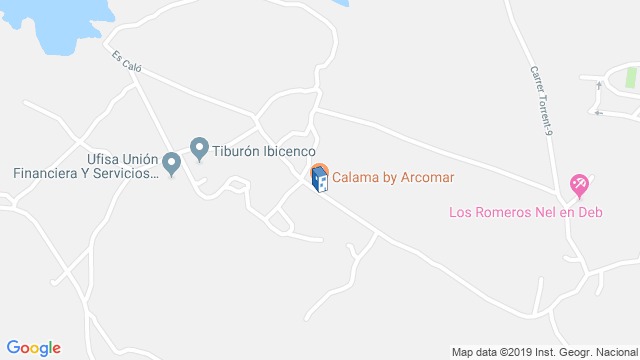 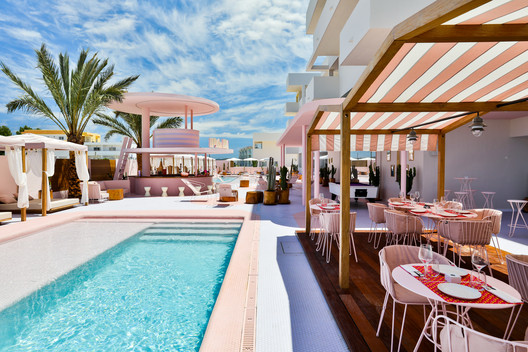 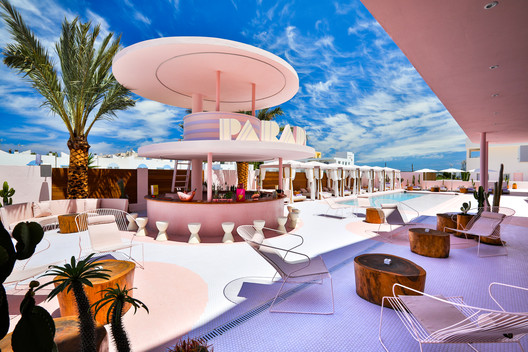