The Royal Institute of British Architects has published the 2019 Stirling Prize shortlist for the UK’s best new building. This year’s shortlist features six projects that vary vastly in type, scale, budget, and location, from a Scottish whisky distillery to a major London transport hub.

The most prestigious architecture award in the UK, the Stirling Prize is given to the building “that has made the biggest contribution to the evolution of architecture in a given year.” The six buildings are selected from the list of RIBA National Award winners, with the Stirling Prize winner revealed on Tuesday 8th October 2019.

The RIBA Stirling Prize shortlist epitomises the enviable global reputation of UK architecture. These six buildings could hardly be more diverse in typology and scale – from a rustic stable block-turned-theatre to a vast national railway station. But what they have in common – ground-breaking innovation, extraordinary creativity and the highest quality materials and detailing – sets them apart, rightfully earning them a chance to win the highest accolade in architecture.
-Ben Derbyshire, President, RIBA

Below, we have outlined the shortlist for the 2019 award, along with a RIBA description.

A radical reconfiguration and development of one of London’s busiest stations with a new voluminous, light-filled concourse.

A contemporary opera theatre within a 17th-century stable block.

A dynamic, high-tech visitor centre with an undulating grass-covered roof.

An exquisite new gallery nestled in the Yorkshire landscape. 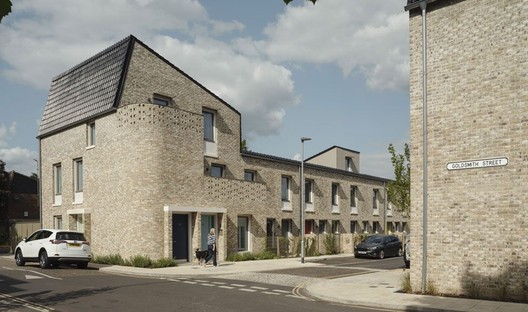