Text description provided by the architects. The building is located in the port area of the city of Santa Fe, an area which, due to the lack of a port railroad infrastructure, has become the sector of the greatest growth and development in the city. The construction of the building dates back to the years 1920 and 1921 and represents a clear example of the industrial architecture of the time.

The starting point for the project is to conceive the old mill as a container on which to operate in a balanced manner, valuing the original building that houses the new programmatic uses intended for the academic activities of the schools that make up the Municipal High School.

Thus, depending on the different degrees of conservation detected, the new interventions reflect the parts already lost without trying to imitate them. On the east facade of the building, the profile of an old additional warehouse that had previously been demolished is preserved, as a footprint and as a sign of the building processes and pre-existing structures of the building.

Adopting the imprint that defines the structural design of the building, the intervention proposes a succession of flexible spaces that overlap and advance over the space of the central nave, according to the surface requirement of each area, generating volumes with double and triple heights that enhance the existing spatiality.

Three clearly distinguishable sectors were identified within the building: the central nave, an intermediate sector previously intervened with, and a third sector defined by the grain storage silos. Respecting this pattern, the spaces assigned for the classrooms are located in the height of the nave, housing one school per level (the school of aesthetics for children, music, visual arts and dance). The cores of vertical circulations, stairs, toilets and halls that act as courtyards in height that dominate the coastal landscape are located in the intermediate space. The functional modules of the different schools are located in the sector of the silos in correspondence with the existing levels.

The material intervention on the building focuses on the recovery of the walls of the enclosure, the restoration of the external enclosures and the original metallic structure, leaving the bricks visible, both on the outside and the inside.

In the silos of the south end, the outer walls are strategically perforated, by means of screens of masonry, to generate openings for illumination, ventilation, and visuals of the different classrooms, maintaining the texture of the exterior and the purity of the cylindrical volumes that make up the original silos.

The refunctionalization of the Marconetti Ex-Mill is considered a critical restoration that takes over the initiative and responsibility of an intervention aimed at increasing the value of this patrimonial work. 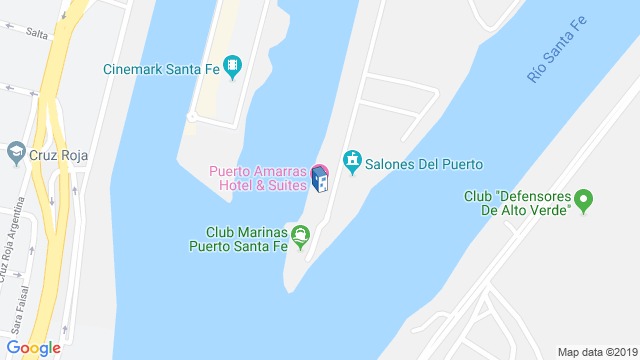 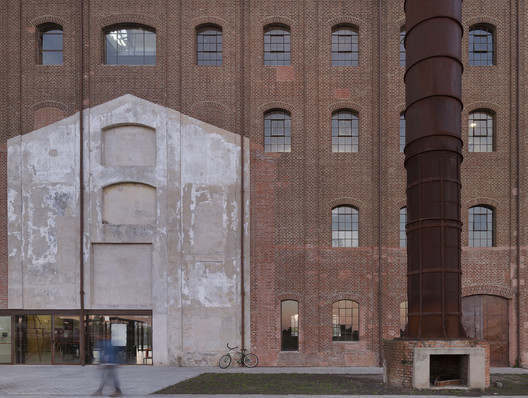