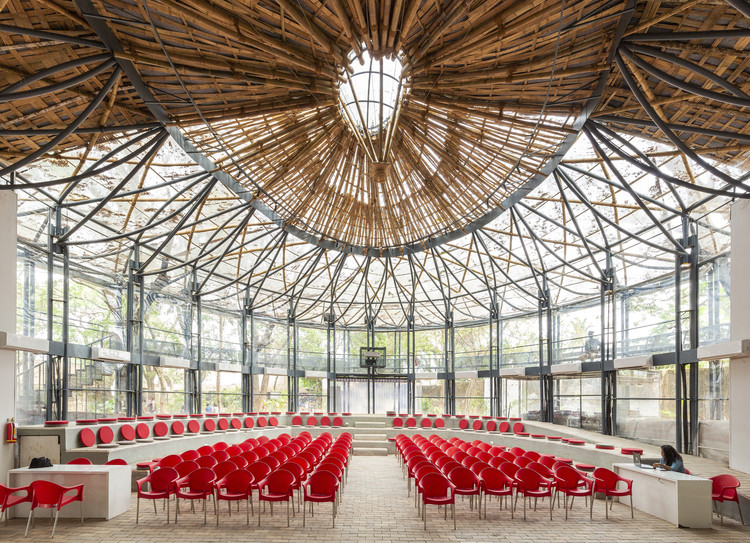 Text description provided by the architects. About the project
The Kochi-Muziris Biennale (KMB) is the largest contemporary art festival in Asia, held once every two years, in abandoned factories and warehouses repurposed as galleries and cafes, in Fort Kochi-Mattancherry, in Kerala, South India. Every biennale, a pavilion is constructed to host performance and cinematic art at Cabral Yard, a one acre campus full of large canopied trees in the heart of Fort Kochi. In KMB 2018, the curator Anita Dube commissioned Anagram Architects to design the Biennale Pavilion. In turn, Anagram Architects collaborated with B L Manjunath for structural design and Studio Wood for furniture design.

In earlier editions, the Pavilion had served essentially as an auditorium for cinematic and stage performances. This year the curatorial brief envisioned a more intensive and inclusive programmatic use, of both the structure and the campus. This included workshops, lectures, social performances, conferences and book launches. Further, the pavilion kept its media and connectivity open for public use between scheduled programming. Other than the Pavilion, this time the campus housed two eateries, a children’s art space, an ATM, public toilets and an organic waste recycling plant.

About the design
“...a desire to explore various possibilities for a non-alienated life…” From the Curatorial Note, Kochi Muziris Biennale 2018, Anita Dube

Architecture, through its terrain, material and devices, opens and closes edifices in space, thereby mediating social and environmental alienation or coalescence. The architectural notion of a pavilion is that of an “island”: of respite, reinvigoration, contemplation, conversation and of transience. Unlike the other Fort Kochi Biennale venues, Cabral Yard carries no architectural vestiges of its past. It follows a cycle of natural rejuvenation during its dormancy between biennales. It is simultaneously a gated precinct of profuse verdancy and an important hub for convening people, the beating social heart of a bustling biennale. It is a venue for art, as a process, an event or an incident,with people.

In order to explore the curatorial vision for KMB2018, we deconstruct “the pavilion within the yard”. Unpacking its architecture and programme to occupy the whole one acre site, the entire Cabral Yard is activated to perform as a island-hub for art with people.

Of light and lightness: We call it the Koodaaram or tent in Malayalam. It is a half -opaque, half transparent, half buried performance space for about 420 people. The design references the Koothaambalam, a traditional Kerala temple adjunct used for ritual performances, similarly modulating plinth, trellis and canopy. However, it explores the possibility of diffusing its opacity and weight while infusing it with light and accessibility. By making Cabral Yard an open people’s pavilion, the design counterargues traditional exclusivities associated with performative spaces through openness, transparency, lightness, temporariness and accessibility. Koodaaram is thus suggests a counterpoint to the Koothaamablam.

The design also seeks transience through lightness. The structures are designed to sit “lightly” on the site. Built in a record time of two months, the pavilion is designed to completely dismantle into components salvageable for reuse, leaving the site largely unmarked, to allow for its rewilding over the coming two years.

Experiences of architectural coalescence: Monolithic buildings induce distance from the natural and the social. The pavilion is deconstructed to reveal through its porosities, programmatic flexibilities and skeletality, the (un)making of a monolith. The intent is to widen experiences of architectural coalescence, both material and programmatic. Walls and ground fluidly morph and, similarly, canopy and foliage merge to create opportunities for spontaneous and social spectacles, encounters and conversations. 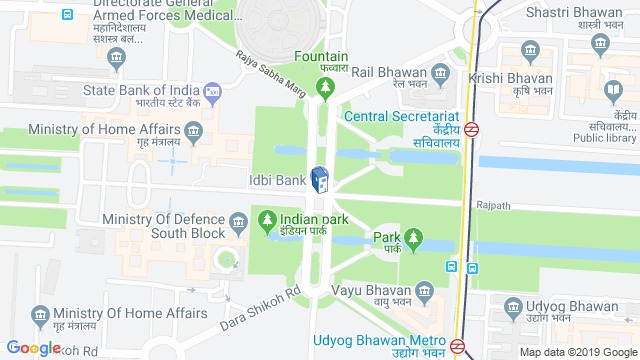 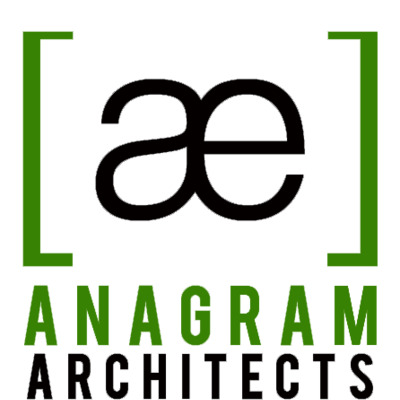