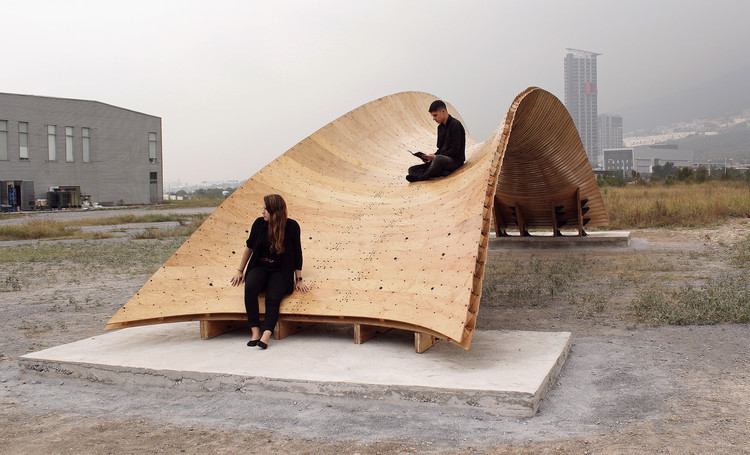 Text description provided by the architects. Within the context of double layered shells in architecture, there is a wide contemporary research which is bringing relevant advancement in lightweight applications and structural performance for large span construction. Such topics have been explored during the last eight years by educational institutes such as the Institute for Computational Design and Construction ICD, the Institute of Building Structures and Structural Design ITKE and the Centre for Information Technology and Architecture CITA, creating the ground for this research.

Bending Bridges focuses on the development of a double-layered construction system for a free-standing load bearing lightweight wooden structure, through global double curvature, and local active bending principle. The project aim is the design and construction of a pedestrian bridge exploiting the elastic bending capacity of standard thin plywood.

The design explores structurally complex curved forms that fulfills both architectural and structural constraints. The arch and the surface curvature were designed and optimized though computational structural analysis to carry loads directly to the foundation, allowing to withstand the weight of 5 people crossing the bridge while guaranteeing structural integrity with minimum displacement. The bridge's global design has been driven by a spline-like curve, which allows to have an optimal distribution of forces, while keeping minimum bridge inclinations on the bottom and top of the arch.

In order to allow the assembly of doubly-curved geometries, discretization of strip patterns were introduced in the design process, generating series of unique curvy-linear unrollable members. The segmentation strategy adopted is intrinsically connected to the assembly sequence of the bridge, which is built section by section from two sides towards the center. The double-layer system was integrated to such process, which allowed to fix in place the curvature of each section without springback while maintaining internal stress forces used as stiffening factor.

Exploring heat and humidity as material treatment, an efficient wood steaming method was developed in order to hygroscopically enhance the material bending properties allowing the assembly of a wider range of bent geometries and making the on-site manipulation of the material much easier. The steaming system included a wooden box, a gas tank, a custom stove, sealed pots, stretchable aluminum pipes and a hygrometer.

All the bridge members and connections are unique, digitally fabricated with cnc machines, computationally designed in the 3D model and then materialized through CNC milling codes. The entire construction process programmed fabrication and assembly stages to run parallelly. Although the development of the construction system took almost a year, the project’s fabrication and construction phases took only 4 weeks. The final demonstrator of the research has a constant cross section of 9 cm, a span of 12m and a maximum height of 2.5m. 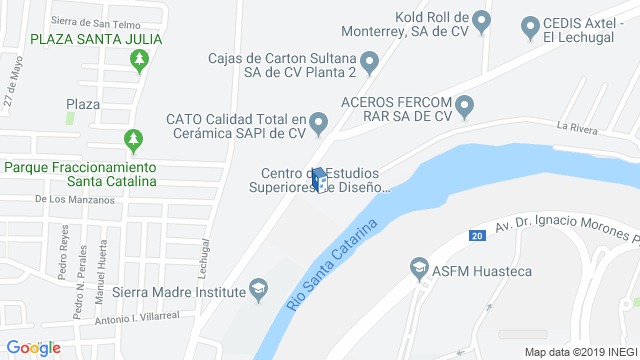 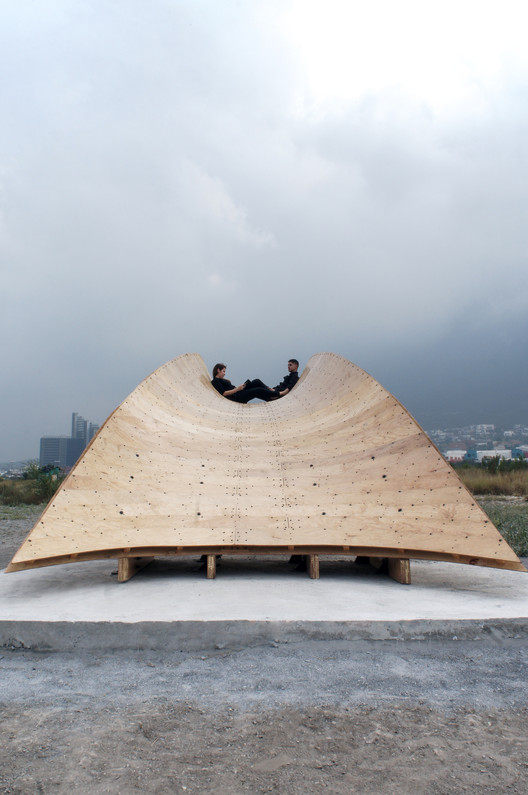 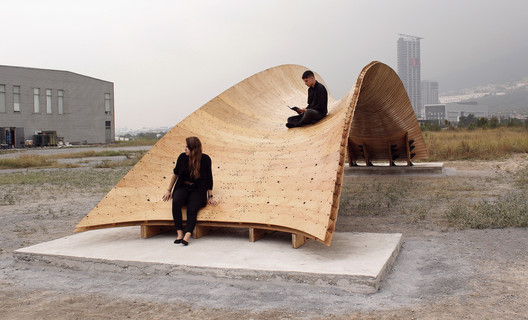