✕
Save
Mega Center / BE Design 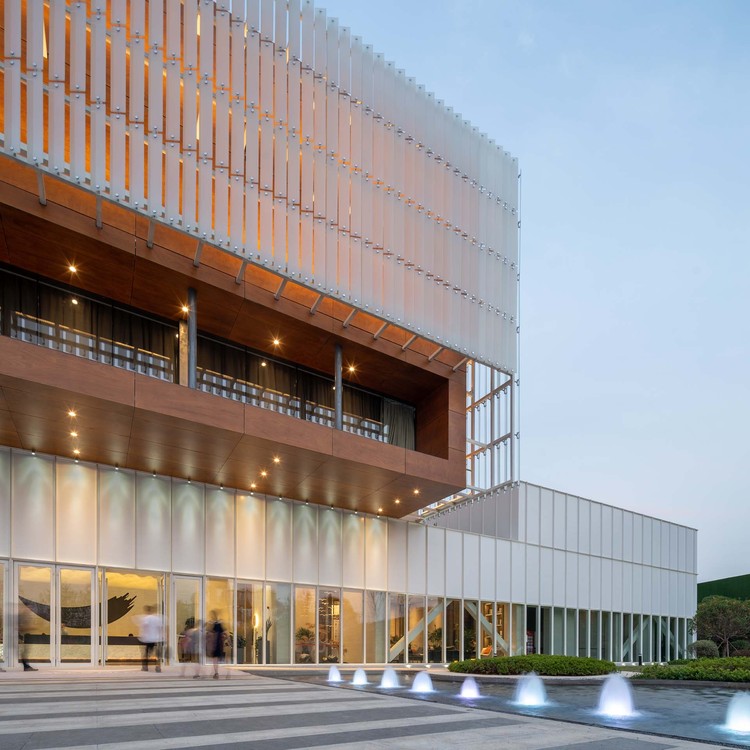 Text description provided by the architects. Xuzhou MEGA CENTER is in a new urban area close to the city highway where the surrounding environment is quite empty. After acquiring a large area of ​​land, the client hoped to build a promotion center with rich experiential functions. Different from a traditional operation, we recommend putting a ‘cultural anchor’ here. We believe that a good architecture cannot be established without constant events happening and people gathering. Based on this programming logic, we introduced a multifunctional theater called ‘MEGA HOUSE’ as a generator of events into the building.

The concept of design comes from the basic logic mentioned above, which in turn creates the form of architecture - a lifted theater box. Meanwhile, as the building located in the new area of ​​a traditional industrial city, we hope to bring a light and bright visual icon into the urban context rather than a heavy and bold building. The building finally looks like a white paper box gently placed on the flat ground.

The skin of the base of the building is composed of modular façade units with measures based on 1X3m. LOW-E glass or white aluminum honeycomb panel is embedded alternatively as unit covering materials according to the transparency need of the internal space, and the façade grid system is reinforced through the U-shaped curtain wall buckles, so as to form rich shadow effects.

The inner part of the theater box is covered with Parklex wood panels and the outer face is an open glass grille system. The glass grille is divided into two types: frosted and transparent. The unit members are spaced 5 cm apart. By adjusting the angle of metal claw members, the façade can reveal different transparency. During the day, the Parklex panels under the coverage of the glass grille present a vague sense of lightness. At night, the lighting is reflected by the panels through the gap between glass grilles, and the theater box is like a rising golden lantern attracting people’s exploration.

The interior space continues the pure effect of materials and geometrical features of the building appearance. The lobby and the exhibition hall are connected by a series of functional spaces. The white spiral staircase is the core visual element of the exhibition hall, and it leads to a salon space and the theater on the second-floor. The inner surface of the theater consists of black and grey sound absorbing panels. The red lighting slot is embedded into the panels. The light diffuses into the interior space and creates a dramatic theater lighting effect.

In order to fulfill the greatest flexibility of the theater space, a mobile telescopic system is applied to the theater seats, which enables it to include a variety of activities such as speech, drama, film, group lessons, parent-child workshops and so on. The stage background is a floor-to-ceiling glass wall. When the theater curtain is open, the entire city park landscape become a nature background of the performance. 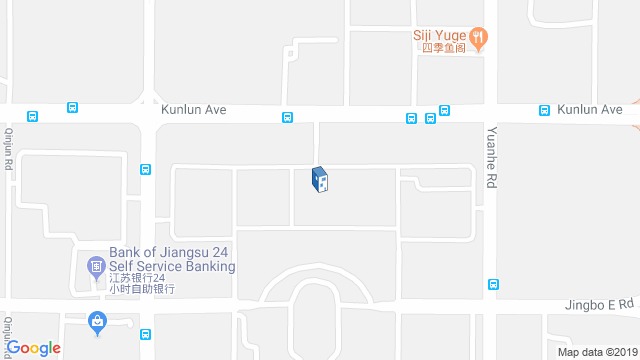 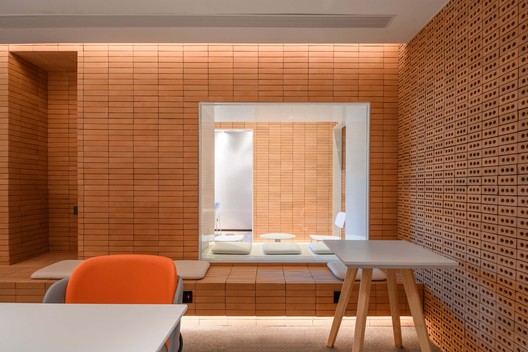 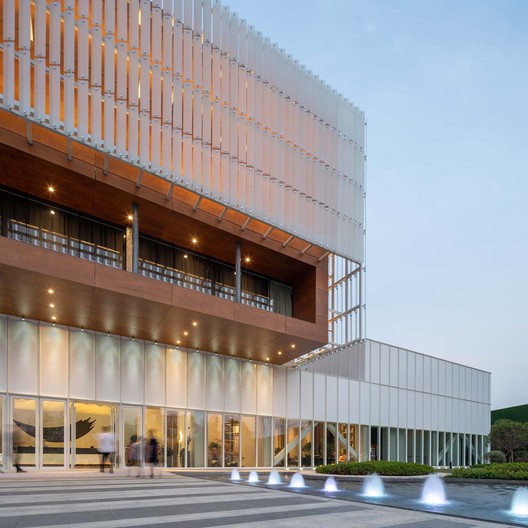