Save
House in Kyoto / 07BEACH 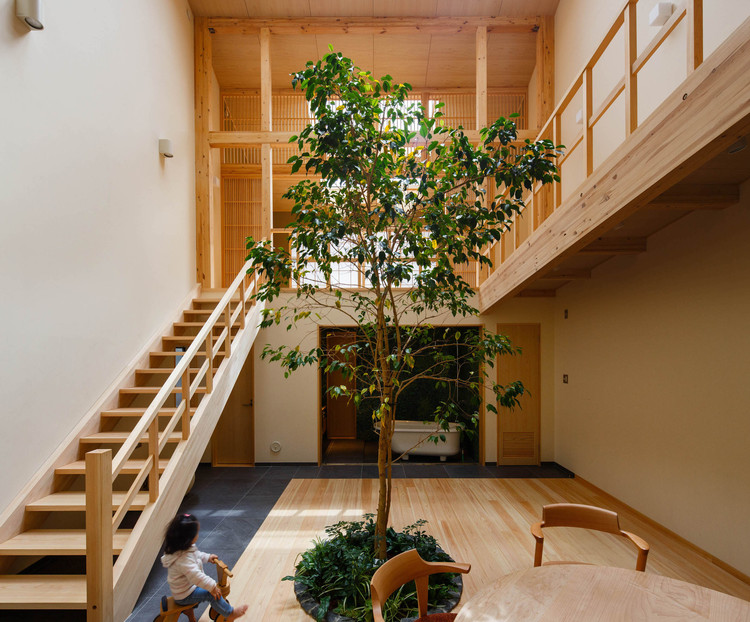 Text description provided by the architects. The house is for a couple and their three little children, located in a quiet residential area in northern Kyoto city. The site environment is where neighbor houses are standing at the edge of the east, west, south boundary, and houses are lined on the other side of the north narrow road.

The specific requests at the beginning were not so many. Their needs came to clear little by little, as various plans were proposed. Since the couple preferred simple and open plan and also they must keep watching their three children are constantly moving, the house was designed as one big space, placing the double-height living room at the center so that they can see where and who does what.

After placing car parking at the front and laying out required inner rooms, enough space for a garden was hardly left at the back side of the site, and there are neighbor's walls blocking closely even if the windows are opened on the outer walls. Therefore, it was considered that taking a courtyard was effective in terms of daylighting as well.

However, a courtyard enclosed with glazed walls in a limited width of the site makes the left space tight, thus, the indoor tree idea that is as if a courtyard drew into the room inside came up in mind. It is expected that the tree which will grow close to three children will strengthen the relationship between the family and the house as if the tree is another member of the family.

Finishings were chosen in the balance between the modern structure of the house and traditional Japanese style from the husband's preference. The bathroom was placed in the middle of the house facing the living room so that the husband who likes taking bath above all could enjoy it with his children like an open-air bath, looking at the trees. Although a curtain-rail was set in the bathroom just in case, even after a few months of living there, it seems the family got used to the exposed bathroom as they are still using it without a curtain. It is like the character of the residents and the house got very close now after a lot of discussions spending time, designing back and forth. 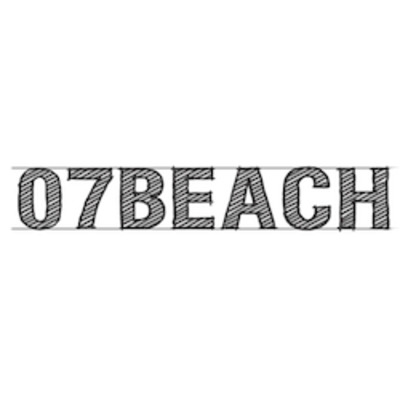 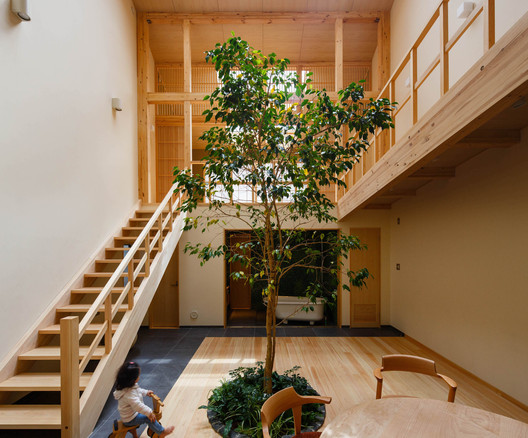