Save
Alexis Christodoulou: "Anyone Who is Qualified as an Architect Inspires Me"
Share
Or
Copy 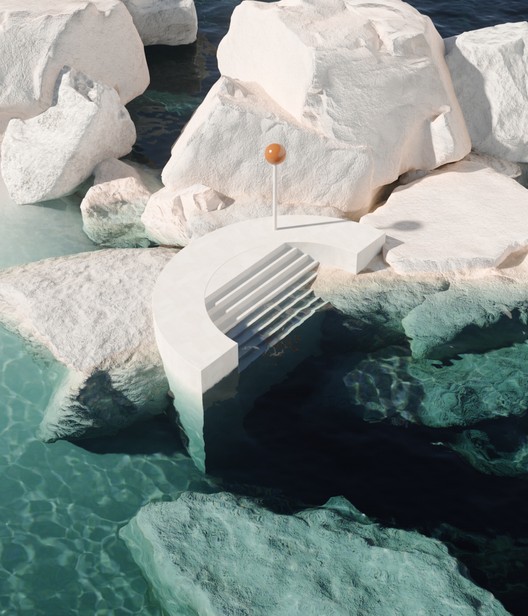 Immersing ourselves into Instagram's extensive photo galleries, we discovered a record of modern aesthetics, minimalist design, with a warm color palette that seeks to represent noble materials — all these assemble into incredible digital worlds created by the self-taught artist Alexis Christodoulou. Read on to learn about the artist's intentions, inspirations, and how he was influenced by videogames, in the following interview.

ArchDaily / Danae Santibáñez: Let's start from the beginning. How and why did you start using 3D software?

Alexis Christodoulou: I started using 3D software about 8 years ago while I was working a job in advertising. I've always had a creative outlet as a hobby, for a while it was writing but it became too much of a pressure. I have always been interested in computer-generated images since I was a young boy playing video games. When I realized that I could teach myself to create 3D renders on the internet I started spending my free time on youtube and Vimeo watching tutorials. The modernist architectural aesthetic was something that seemed to come naturally. Initially, I actually wanted to create images that felt a bit more organic but I didn't have the skills yet, so a more geometric, almost brutalist style came out and developed from there.

AD / DS: What software do you use for your creations?

AC: I use Cinema4d and Redshift for rendering. I do post in photoshop and lightroom and I edit video in After Effects.

AD / DS: You have very harmonic color pallets, where do they come from and how do you choose them?

AC: Initially they came out quite intuitively, perhaps it was an unconscious reproduction of the trends in color at the time or my ideas thereof. My colors in my initial renders are actually quite different and often quite saturated. I find it easier to choose the saturated colors that match. Then I desaturate them in the post-production to try a light and airy feel.

Ad / DS: Where do you get inspiration to design your imaginary worlds? Is there an architect that inspires you?

AC: My inspiration comes from numerous sources. There are definitely architects that inspire me, in fact, anyone who is qualified as an architect inspires me. I am untrained and have an intuitive approach to creating my spaces but I always appreciate an informed perspective that understands the relationships between architecture and space from a theoretical standpoint.

I love Ando, Chipperfield, Rossi. I also obviously look at painting a lot for inspiration, everything from the renaissance to abstract modernism. I just spent a lot of time looking at the Dutch Masters in museums in Berlin and Amsterdam and I think after many years I'm only now starting to decipher a lot of the beauty that those paintings hold.

AD / DS: You said that you like videogames… Have you ever considered to design one?

I do like videogames, I think less and less now that I'm getting older and they are becoming quite formulaic and boring. There are some great independent ones though, the big-budget ones are basically just like playing your way through a boring Marvel movie.

I would love to create a video game using my worlds, I think it would be a dream project!

NewsInterviewsRenderingInstagram
Cite: Danae Santibañez. "Alexis Christodoulou: "Anyone Who is Qualified as an Architect Inspires Me"" 06 Oct 2019. ArchDaily. Accessed . <https://www.archdaily.com/920836/alexis-christodoulou-anyone-who-is-qualified-as-an-architect-inspires-me> ISSN 0719-8884