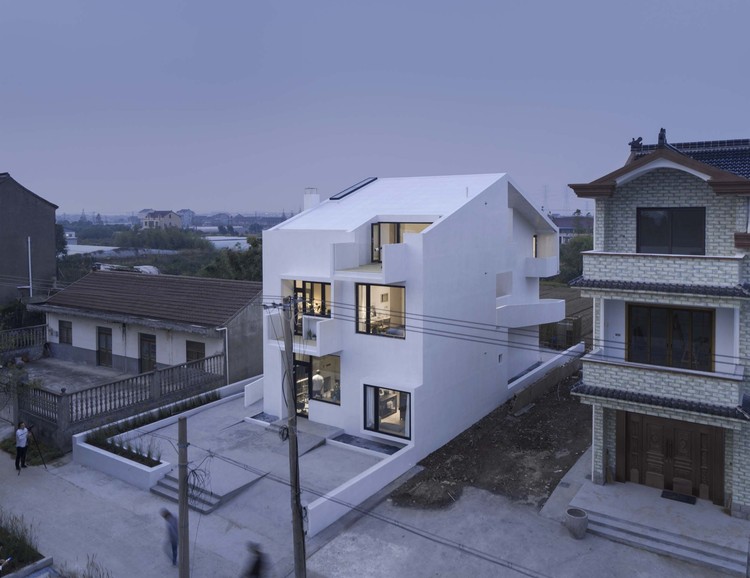 Text description provided by the architects. The past 40 years of rapid urbanization in China witnessed the hollowing-out evolution in the disappearance of millions of natural villages. As ecological protector, cultural heritage, and a highly livable environment, rural settlements have been underestimated and neglected in its resourcefulness and values. The natural humanistic values of rural settlements need to be reactivated through new production cycle and lifestyle. Shanghai, having the highest GDP in China and being a world-famous metropolis, is also facing difficulties and conflicts between its urban and suburban composition. Those living in the city are constantly under the pressure of high living costs, when the declining of rural communities and human settlements in suburbs is happening at the same time.

A retired electrician, Lao Song, needs to take care of his old mother, who lives in the Fengxian countryside. However, his residence in the urban area of Shanghai cannot provide comfortable and independent living conditions for the elderly, who cannot acclimatize herself to the narrow dwelling of the penthouse on the highest floor. The Lao Song couple dreamed of returning to their hometown in Nansong Village from the urban area of Shanghai, to demolish their dilapidated house, and to rebuild a new house suitable for both the elderly and the young. In order to help relieve the living pressure of their daughter and son-in-law, Lao Song and his wife thought about inviting the parents of their son-in-law, who are in bad health conditions, to return to the Fengxian countryside together with them and take care of each other in their old ages. For this to happen, the families almost spend all of their savings as normal working-class. This house also embodies the beautiful imagination and anticipation of a relaxed rural life for this families of eight.

The design followed the spatial pattern of the southward-facing, two-openings layout, but it opens up an atrium. The courtyard is traditionally common in local farm house, but not commonly found in new dwellings built in last 20 years, and thus the courtyard as center of space and daily activities is formed. Five bedrooms designed for their unique users and public spaces of different scales are arranged around the atrium, forming an interconnection of independence, privacy, and publicity, as well as a sense of ritual and a sense of belonging.

The living room and the old lady’s bedroom on the first floor are facing south, with a toilet next to the bedroom, and a specially designed big shower for two, so that assistance can be provided to the elderly whenever necessary.

Across the atrium, the dining room and the open kitchen on the north side are places where the whole family could chat while doing their housework. Both gas stove and earthen stove are placed in the kitchen, so the elderly, who may not be able to use the gas stove, can cook as well.

The atrium, being the center of the building, has a spiritual implication. Standing on the stainless steel character “宋” --- the Chinese surname of Lao Song’s family --- inlaid on the ground in the middle of the atrium, Lao Song could get a strong sense of belonging and embrace the earth where they stand as well as the sky above them.

Two adjacent bedrooms are arranged on the south side of the second floor, with an open family room outside where the two old couples could chat without going downstairs. Close to the family room is a wheelchair accessible restroom. On the north side of the second floor is the bedroom of Lao Song’s daughter and son-in-law, so that the young couple can enjoy their relatively independent space. The parents of Lao Song’s son-in-law sometimes have to use wheelchairs, but there is no lift installed at their residence in urban Shanghai and as a result, they rarely go downstairs. The ramp is mainly designed to facilitate the wheelchair users to maneuver between different stories, as well as carrying out outdoor exercises, getting exposed to the fresh air outside and for socializing with the neighborhood. The ramp serves as an alternative path in feeling the space created by the building.

Small openings on the walls are placed between the old lady’s bedroom and the living room on the first floor, rooms of the two parents and also between the bedroom and the family room, which creates more interactions between family members and activities-the elderly could be seen from the public space and they themselves could feel the ambiance of family activities inside their bedrooms. There are mirrors at staircases on the first and second floor and at corners of the hallway. No dead end exists in the public space, so that the elderly and the children can take care of each other. In the small backyard behind the house, there is a kitchen garden where the old lady could grow vegetables as she likes.

On the one hand, China is stepping into an aging society, but facilities for the elderly in large cities are often in shortage and unaffordable. On the other hand, a large number of old people are living with the lack of social interactions in the “hollowed-out” villages in the suburbs. It is a long journey to effectively utilize the idle resources to rebuild a healthy living community for the elderly, and to form a living unity, an emotional unity, and a production unity with a sense of belonging. For Lao Song, who originally lives in the urban area of Shanghai, his simple wish to live a happy life is gradually being realized like this. The young are working hard and living in the city, while the elderly return to the nearby suburbs. The close and well-cultivated kinship of a big family tightly connects the urban and rural spaces. 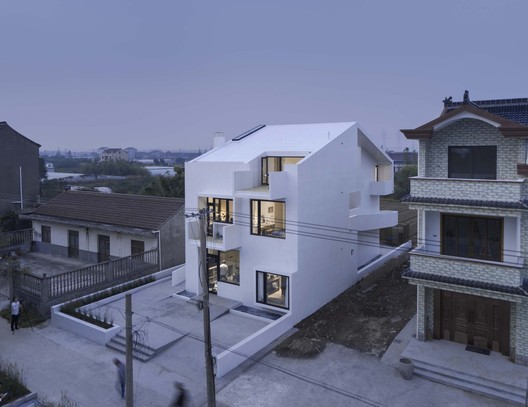