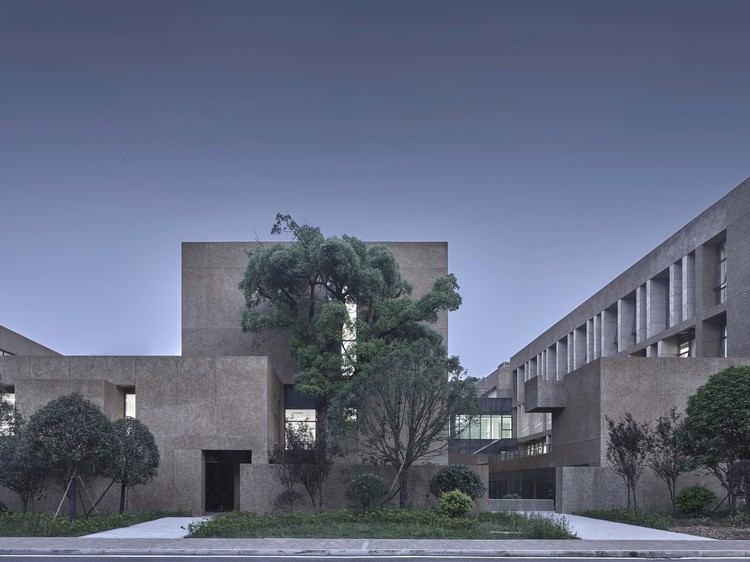 Text description provided by the architects. The project Tianma new Campus of Hunan University is located in the Yuelu Mountain University Research Park with a site area of 18.96h㎡. The building sits in between Tianma Mountain and Yuelu Mountain on its east and west, borders the old campus to the north and Tianma student apartment to the south, where the wild nature and social activities co-exists. The new campus masterplan, a complementary extension to the old campus, was launched in 2003 and completed in 2016 after twist and turns.

The entity introduces the idea of cluster integration. The rationale was organised base on the subject attributes the to ensure the efficient and convenient use of functions, such as physical buildings, microelectric buildings and mathematics buildings into a group; Meanwhile under the principle of overall zoning, the design is also aware of the communication and integration of different disciplines, such as the College of Art and Design and the school of software share the same building, in order to provide chances for interdisciplinary ideas and to ignite creative sparks.

The Graduate School of Hunan University
In recent years the Regional Studio have been researching on the typical architectural forms in Hunan for example pendulum, wind and rain bridges, sunbathing buildings, swallowing houses and patios, through unfolding the characteristics of explicit vocabulary, refining and restoring various basic spatial types, to form the prototype language that guide the practice ( including the design of the old campus ).

The courtyard, the patio, the terrace, the slit and other local spacial prototype are widely used in the 20,000 square meters building, while the techniques of cutting and hollowing out in the different dimension weakened the building to the city space oppression. Thus the building was shaped into a solid whole of a strong sense of “sculptural" at first glance, while breathable slits flowing underneath . This also responds to the typical spatial forms of Yuelu Academy, the predecessor of contemporary Hunan University, which effectively sorted various complex constraints such as the historical culture, climatic environment and characteristics of the site.

In morphological processing, the architect intended to not focus on the geometric variation of the single unit and its manifestation, to keep the campus from becoming a mix styled platter. By using the constitutive strategy of unit derivation, the relationship of contraposition, correspondence, similarities and interspersing is formed inside and between each unit, along with the use of water-washed sandstone as the only exterior material ensures their morphological uniformity. However, elements like base, platform, courtyard, bridge, roadway, patio are emerged through carving the mass. These spaces are carefully positioned throughout the building and eventually become containers that break through their innate way of inhabit, opening up to social and creative possibilities. These spaces on the other hand provided shaded area and ventilation, which response positively to the local climate.

Detail solutions continued to reinforce the atmosphere of campus rituals, such as the expression of an undiscovered shadow field through a linear skylight carved out of a slit space; the retention of existing trees formed a pointing centre in the open space; and some irrational massing stood out as “sermons."

The whole street is a scene of openness and bustling activity on the west of the site. In contrast, the complex was aimed at creating a place where a somehow vague connection with the city and a sense of independence could be experienced. The new campus was imagined to be a self-governed space for meditation. Thus we deliberately create a Chirico "metaphysical" work of the atmosphere - where the light and shadow are in sharp contrast, a still,picturesque enclosure.

The use of water-washed sandstone as exterior was a historically and culturally considered thought. Partly because it is a generally used material in the old campus throughout the time, while further thoughts were came from the understanding of it's own identity of shaping the atmosphere. The natural pebbles on the wall are from the Xiangjiang River and have been selected many times by manpower. Each stone is unique and the hues are slightly changing, with random shells, biological wreckage and gravel and other impurities are embedded along. All these expressions under the sunlight presents a strong warm tone, repeatedly emphasises the building's corners and body blocks, the atmosphere in Chirico’s painting occurs when one strolling along the campus.

University natatorium
The idea of the landscape is implied in the concept of cluster integration. Buildings, mountains and the Earth are embedded into each other. A blurred demarcation of architecture and landscape formed a brutal aesthetic significance. Take the swimming pool as an example: the form drift along the topography at the junction of the foothills of Tianma mountain and a flat ground. The main entrance stacks like rock pieces on the mountain, along with the use of large-scale outdoor steps, clarifying its relationship with surrounding landscape and guiding people in, while also providing a platform to accommodate a variety of public activities. The main venue, a floating mass, which became the centre of the entity, is like a highlighted box standing out from the mountain, forming a contrast and integration with the surrounding, fully expressed the passion and tension of sports building.

The Polytechnic complex natatorium of Hunan University
Model derivation process: Unlike the typical method of functional plate combination, the process was started from the type units. Based on the study of spatial relation of implied structure, the categories of clusters including urban space, teaching group, unit space, traffic system and visual corridor was formed, therefore the rationale of functional relations was changed into the construction of structural relationship. Along with the idea of repetitive units, the identity of linear space was reinforced to create the Chirico style of “profound perspective" effect, in order to emphasise the viewing depth.

The viewing depth in Chrico’s painting and the sense of emptiness was reinterpreted in-between the buildings: a perception of sublime and magnificent spectacle was created through logical arrangement and reorganisation. Block A and Block B in the Polytechnic complex for example, juxtaposed and interlaced units which confront each other, if the stone statues are looking into each other silently, in-between which runs a long aisle, pointing to the far end, where an unexpected cantilever of Block C looks like a bended arm. 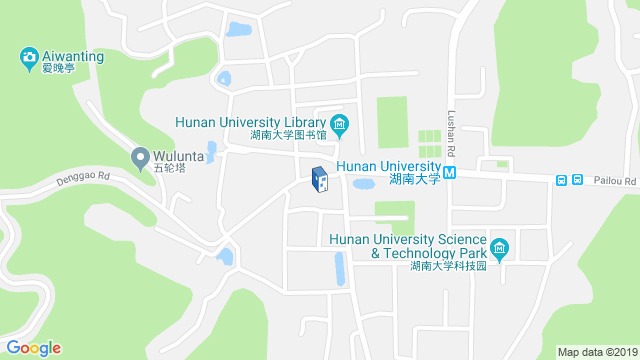 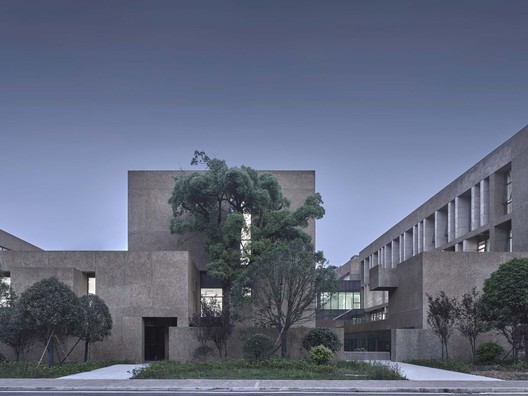