Text description provided by the architects. The site is in the middle of Maqiao Qizhong Plate in Shanghai, where holds up a qualified living environment.The site is located at East side of the Yaque River, which is connected to Zhongxiu Road with a modern landscape bridge. The demonstration district references the idea of the middle axis symmetry and harmony of Chinese traditional architectural theory—the axis runs through the central landscape of the sales office and the two plots (A plot and B plot).

The principle of the form was inspired by the “Festoon Gate”, an ancient courtyard door of the Chinese folk buildings. The design abstracts the vertical lotus column to interpret the classical element in a modern way, moreover, to inherit the culture in a humanistic way.

The building is located on the central axis of the site, with the long side facing Zhongxiu Road. The basic form is composed of two simple solid and transparent rectangular boxes. The architects placed a large number of metal suspenders in the middle to form an organic transition between two blocks. Under the condition of proper proportions, the entrance area could be expanded as large as possible facing the main road, and the overhanging roof creates the depth to make the whole building composed atmosphere.

The ratio of height to width of the front elevation is about 1:3, the three longitudinal segments is about 3:2:3, and the three lateral segments is about 1:3:1. The proportion refers to the classical proportion of Chinese ancient architecture, which is believed to be the best ratio to provide a magnificent atmosphere. The building’s solid and void area refers to a 4:6 ratio; and this design of comparison and contrast between solid and void expresses the modern tension of the building.

The history of lotus column could be traced back to at least 900 years. The use of lotus column is a common practice in Chinese ancient architecture to extend the space and to decorate the eaves of the door. The design extracts the elements of the lotus column and gives it a modern interpretation. The architects placed 881 suspenders with 750mm spacing in an array to merge lines into a surface, then merge surfaces into a solid—in which to impress visitors with a strong visual impact. 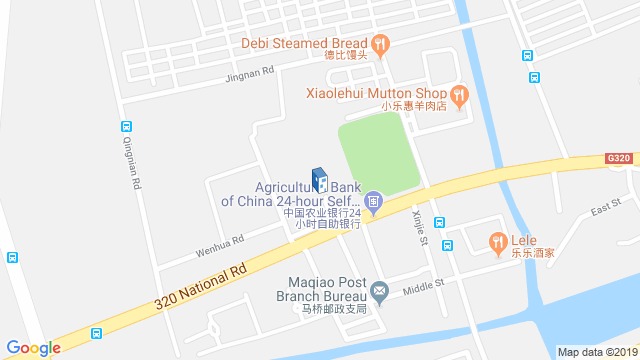 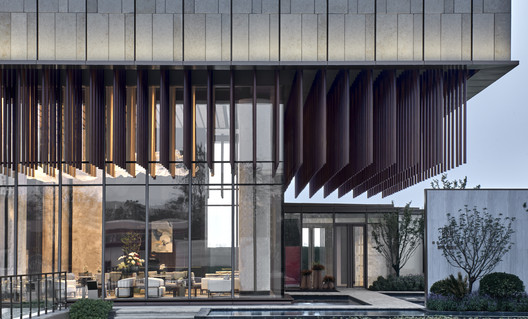