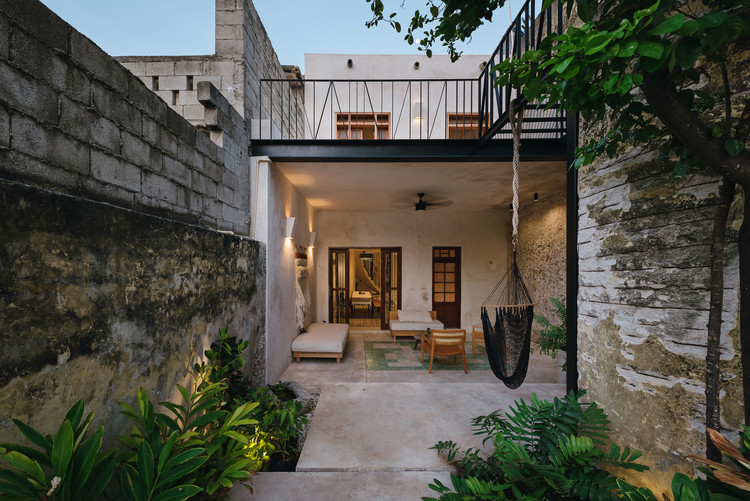 Text description provided by the architects. The project was born from the need to recover an old house located in the historic
center of the city of Mérida, México. Casa Deco is one of the few houses in the historic center of Merida that are characterized by having the architectural style that bears its name; This style was not the original style of the house but the result of a remodeling of the facade, so we decided to show the pre-existences both formal and functional that the house has suffered during its long life.

The project seeks to reinterpret the downtown lifestyle hence the importance of the
backyard, its balconies and terraces. Given its antiquity, several spaces were modified to achieve a better funcioning suited to the present time, always respecting its historical character.

The most notorious and important intervention was in the second block of the house, the central space, whose intention was to introduce a volume on the upper floor which would store the services, since it lacked them, as well as the development of a new staircase that would give character and improve its functionality in the space. These new elements were inserted into the space without touching the old stone walls, with the intention of making evident the constructive system of masonry used in the past, serving also as a filter of natural light that illuminate the walls allowing to perceive the changes of textures in the materials.