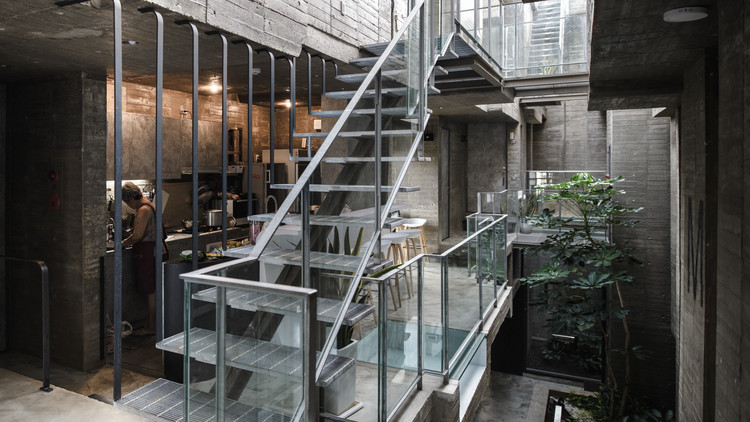 Text description provided by the architects. BRAIN HACKING ARCHITECTURE – Seeking for access to unconscious realm of un-planning
This small hotel project is located on Penghu Island – the main island of an archipelago in the southwest Taiwan, where the blazing sunlight and breathtaking landscape never fail to astonish its visitors. Bluntly standing like a bunker ruin or a rock mass bulging from the earth, the 8mx30m concrete box envelopes a hypercomplex space unimaginable from its unpretentious outlook.

The shapes of two main elements that defines the interior space – i.e., the undulating slabs and the winding void vertically cutting through it – are both taken from the shapes of EEGs (Electroencephalograms, a.k.a. “brain waves”) actually recorded from the client and the architect at the project site, using a handy BCI (Brain-Computer Interface) tool.

Applying EEG to architectural design may sound quite bizarre, or even like a cheesy sales copy – but it is actually an outcome of the team’s earnest effort to go beyond the constraints of intentional or rational planning practice and step out to open a new spatial/sensual realm in architectural design. What has come out as a result is the small but unprecedentedly unique configuration of mass and void, which could have never emerged otherwise.

Intensified by the brutal touch of rough, non-finished concrete that indistinctively covers the entire surface,  the building has obtained a sort of coherent complexity that echoes the essential characteristic of a living organism. The intermingling of masses and voids transforms the severe tropical climate - i.e., burning sunlight in summer and harsh wind in winter - to a comfortable, even enjoyable living environment filled with dancing lights, shadows and breeze, while the blurred distinction between public and private spaces makes a relaxing atmosphere that encourages an intimate communication between the guests and the hosts.

The fact that we gave up to reach our intentional "planning" fingers to every inch and corners and took a sort of let-it-be approach (non-planning) instead has ended up to engender an unprecedentedly unique space for accommodation and small gathering. As such, we believe that ENISHI RESORT VILLA has ended up as an example of architecture more a life/organism itself than fashionable buildings merely looking "like" a living organism. It also stands as an example that a bold contemporary architecture can be realized in local places like the island, where limited traditional, ordinary materials and construction methods are available. 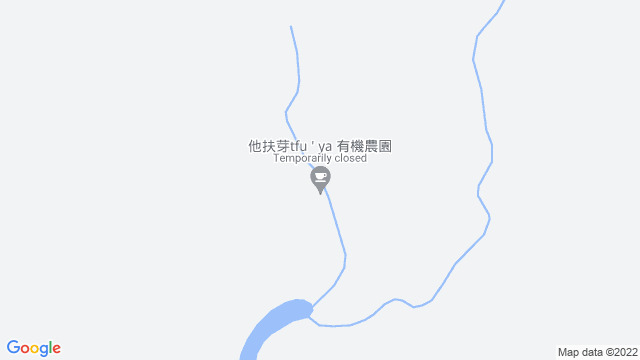 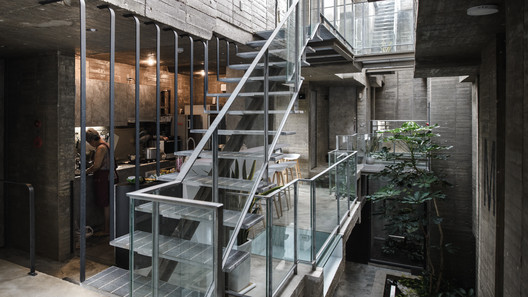