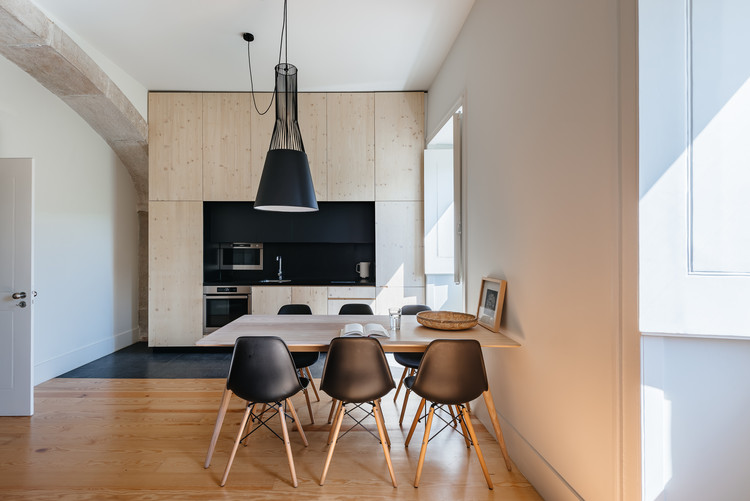 Text description provided by the architects. It is a small apartment, part of the Manor of Quinta da Arriaga, in Oeiras. The original house and its spaces of support, in the western limit of the Municipal Garden of Oeiras, were divided in smaller fractions.

Facing the street level, with a private access, confronts on the back the garden and a small water course. The apartment is divided into minimum spaces, crossed by a central corridor.

The intervention sought a contemporary way of inhabiting the small spaces while maintaining the original structure of the building.

Preliminary surveys and research on the building, during project development, revealed an ancient stone arch concealed in walls and ceilings, part of the original structure of the building, which has become a centerpiece of the work. Together with the demolition of some non-structural walls it was possible to take advantage of the structure of the arch, creating a unique space between the living room and the kitchen, wider and open to the trees of the Municipal garden.

The new spatial structure, together with wood detailed interventions in each space, solves the typology in the existing minimum spaces, taking advantage of every surface.

Through an exercise of constructive austerity and programmatic simplicity it was possible to create a habitable structure that, in minimum compartments, allowed free and open spaces. 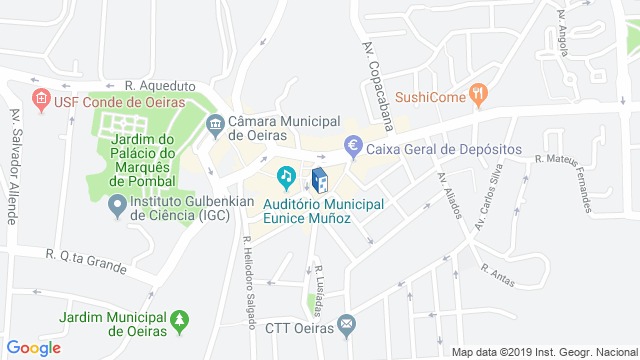