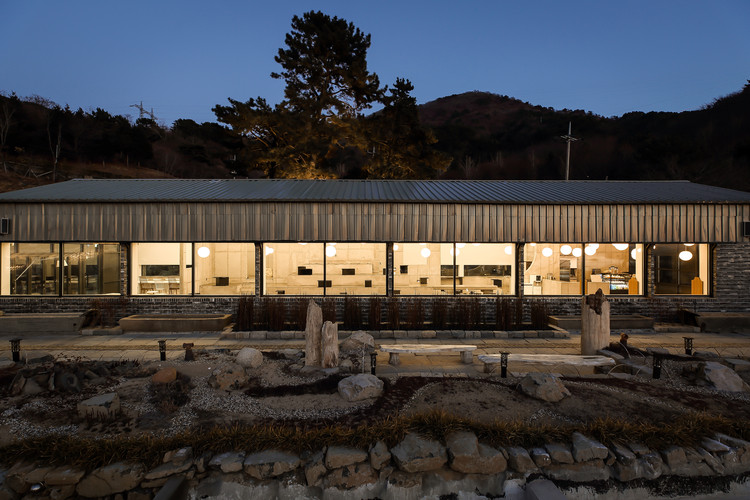 Text description provided by the architects. Botanic Museum has a free space which will be created by users themselves. A cafeteria is designed as one of facilities which had to be involved legally in an arboretum at the end of the mountain Bongdongsan in Jinhae, South Korea. As time goes by, stories filling up the space are ever-changing. Spaces are born, grow and disappear when they become too old to fulfill their functions. We thought the existed compost shed has a great meaning, if it doesn’t disappear but lengthens its life with new function, even though its surround site becomes to have different use.

We designed from its exterior to interior, proceeded café design in the way to make use of the existing compost shed, a steel structure building, hoping that it would have organic relationship as a part of arboretum. We finished the lower part with old bricks, while maintaining the existing compost shed’s roof and the upper part as they were, in order to continue a flow in the similar scenery rather than to make café outstanding peerlessly.

We thought the old bricks are in the same context with the space which would be created from the viewpoint of ‘recycling’. We also think ‘recycling’ is more valuable because it can be a means to accept the atmosphere in which past place breathes with future place. We intended to express something rising out of the ground by using the topography. Accordingly, the object and the space look like one mass. We also wanted the space to be functioned as the urban street and plaza. It can be said it is the most basic constructive behavior.

We wanted users’ stories to be expressed through the basic object. The structure in the rough texture made by implanting iron bar and pouring concrete, is born the shape of combining stairs and stand. We deigned the space in order that the users would appreciate the art of nature and that of human being by turns, with the hope that every step would be followed by the tension, expectation and unexpected pleasure along with new discovery in this uncommon space. 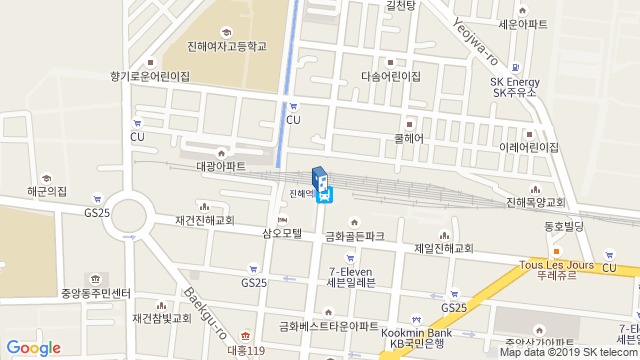 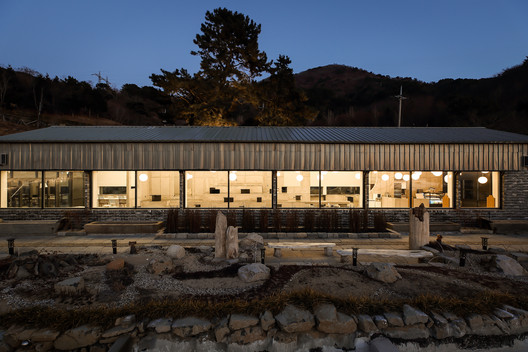