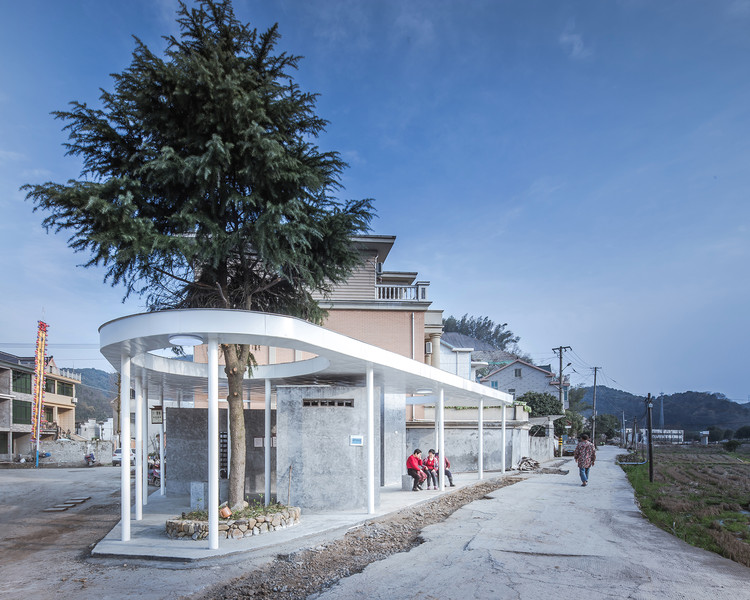 Text description provided by the architects. Dongshan Public Toilet, located in a village in Xiaoshan District, Hangzhou, Zhejiang Province, is a pilot demonstration for public toilets amid rural revitalization. The local villages, epitomizing the typical rural landscape in Jiangsu and Zhejiang provinces, bears both mixed style and charactersitics of different regions. The aesthetics have changed as traditional buildings in the village disappears and resident population seek jobs in the cities. In this context, we tried to fit in the villages of Xiaoshan.

In the District, a public toilet is available in every village to meet the needs of villagers. However, the sanitary condition and supporting facilities of many public toilets fail to meet the modern standards and villagers started to lodge complaints on the disorderly environment, which calls for an immediate renovation. We updated and sorted out the landscape of several villages in Xiaoshan, and the design covered public toilets.

The site of the public toilet is a small triangular area, with village roads on the two sides. On the one side, there is a modern residential building with three floors, whose shape and boundary are clearly defined by the surrounding environment. We keep a well-shaped cedar tree at the corner of roads intersection. Thereis a river and a public square not far from the public toilet. In the evening, villagers often walk along the river for sports or various events on the square, which gives the venues public spatial attributes.

When designing the public toilet, we hope it will become a public and inclusive place where villagers can bring in more daily and trivial activities.

Breaking the boundaries of the public and the private
To increase the possibility for public activities,the public toilets should conduct function separation in the first place, breaking the stereotypes and layout of traditional public toilets. We deconstruct the definition of public toilets and split its functionsinto: male toilets, female toilets, tool rooms, toilets for the disabled, sinks, rest waiting seats, and these functional areas are separated and recombined into independent functional blocks.

The "game" between the light and the heavy
The organization and material use logics of the building are very clear. Several blocks serving different functions integrated with the ground are randomly distributed. The wall material is consistent with the ground material properties with the former being terrazzo doped with black and white pebbles while the latter being a washed stone mixed with gray medium-grain stones. One is exquisite while the other is rough, with similar colors and slightly different textures.

The dozens of white steel columns integrated with the top surface are also irregularly distributed and interspersed in the gaps of the blocks. The column and the block are freely and disorderly integrated. The ground block and the top column are embedded with each other, constituting the relationship of light and heavy, white and gray, public and private. The spatial orientation is blurred that people can traverse, visual line can penetrate, air can flow, creating a public space featuring freedom, lightness, flowing, and relaxation.

If you understand lightness, you understand heaviness. Both concepts are not considered in quantitative but in relative sense. The feelings vary due to the degree of realness of space, the depth of texture and the thickness of size, all of which will be reflected.

To address this issue, we made adjustment to partial effects of initial plan based on complete architectural concept, removing the stairs that could have been on the top of the toilet for the disabled and the original independent tool room block, integrating it with the toilet for the disabled. The top plate of each block was also removed and the colored glass skylight at the top also disappeared along the way, weakening the different indoor atmospheres between the blocks. The budget overrun was out of expectation when the initial plan was made, resulting in inadequate rendering of effects when the project was in place. This is a regret. Fortunately, the core concept of the plan is retained in the case of project budget constraints. We have gained valuable experience from building public toilet project and come to understand the importance of the making construction budget in plan design.

The project manager of the toilet construction is a local. Seeing we were taking pictures of the public toilet, he said to the photographer proudly: "This public toilet is built by me, isn’t it beautiful?" He told us a lot of stories in the construction process. In fact, part of the design plan was deleted during construction because of the budgetary problem, which is encountered in many projects. But fortunately, our original design concept was basically realized. In fact, what made me most happy and has left the strongest impression on me in the chat with the villagers is that the villagers are willing to go to the public toilets we designed. 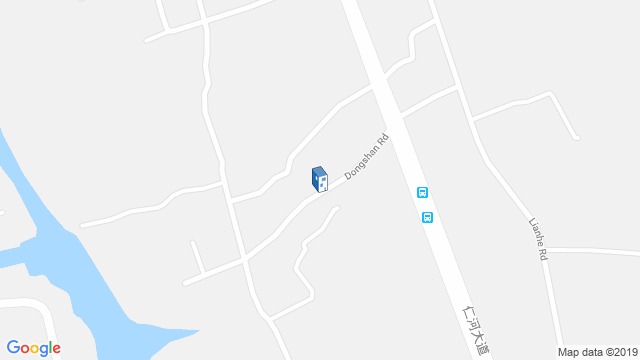 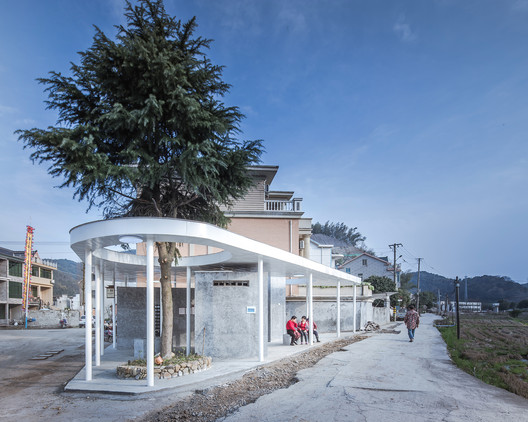