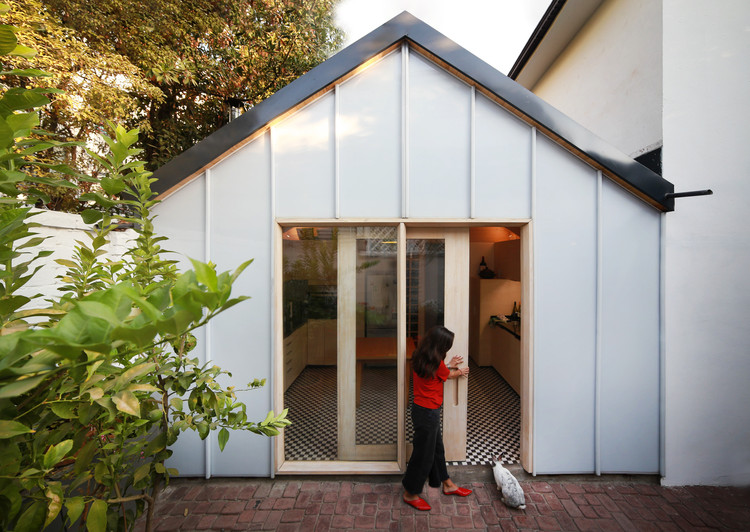 Text description provided by the architects. The project consists in an intervention in an existing house with a small terrain within the city. The challenge was to implement a kitchen in the available space, which was between the dividing walls and where the natural light could only enter through one facade; the north one.

Therefore, its materiality should allow the entry of light as much as possible. It was also necessary to take advantage of the opportunity to integrate the proposed space with the patio.

To optimize the construction in such a small space, a wooden structure was designed where all the pieces were prefabricated as a kit and then assembled in situ. An assembly system without screws or visible ironmongery was used in order to obtain a clean and light appearance.