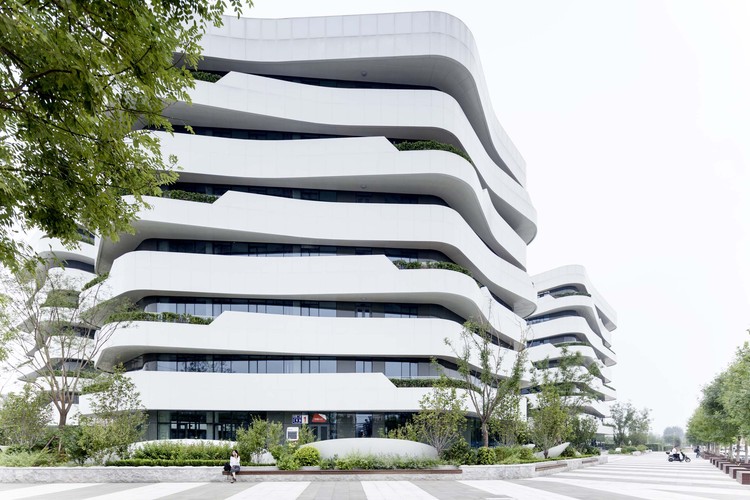 Text description provided by the architects. This industrial real estate development targets at private small and mid-sized research and technological enterprises to provide them with affordable office spaces at the fringe of big cities. These private enterprises, albeit non-main economic actors comparing to state-owned enterprises, are playing an essential role in building a real economy, as Chinese society has come to realize after 30 years of a booming real estate backed economy. The design applies the concept of modules to achieve budget control while offering green, flexible, and interactive office spaces that nurture creativity.

In the outskirts of the second and third-tier cities in China, rapid urbanization, more strict environmental pollution control have resulted in large-scale manufacture plants relocating away from these major cities, and meanwhile, new industries such as research and technology businesses are fulfilling these industrial sites. The premise of the design was an office complex that contains mainly single office units with a fraction for commercial facilities.

Some small and medium-size private enterprises need to upgrade to bigger cities from fourth or fifth-tier cities. They would choose to rent or buy office space on the fringe of the city at an affordable price than paying for expensive downtown rent. Moreover, the large-scale industrial plants that have moved away still need some functions such as showrooms or clearing houses to remain at the previous location to maintain the bond with big cities. Such market demand hence becomes the backbone of the business operation of the office park.

The influx of new businesses will bring unprecedentedly higher tax revenue to local governments who are willing to offer the land to developers with rational proposals at a bargain price, which makes it possible for the sales and leasing prices of the end product affordable to private enterprises. This business model benefits local government, developer, and private companies, creating a virtuous circle under market mechanism. Tianyun is a principal and sample complex completed in Beijing and also to be used in testing markets to future large-scale implementations in other cities.

Basic office unit was studied in which the concept of Modularization is applied. The floor plan is defined according to basic structure frames to facilitate office use. Units can be arranged to form several basic geometrical forms: I-shaped, T-shaped, and cross-shaped, which can be mixed and configured to achieve rich architectural forms and urban spaces.

The l-shaped form was chosen from the four basic geometries to embrace the site to form a central plaza. Rounded balcony corners emphasize fluidity and symbolizing harmony in Chinese culture. Five types of curve boundaries have been studied and reduced to an alteration of two to control cost and to provide more sunlight into the interior. The curved balconies with planters embrace the glazed office spaces and create fluid social space during work breaks. Euonymus japonicus was chosen for the plant terraces which can survive through the cold winter in Beijing. Parking and restaurants are underground and sky-lit. 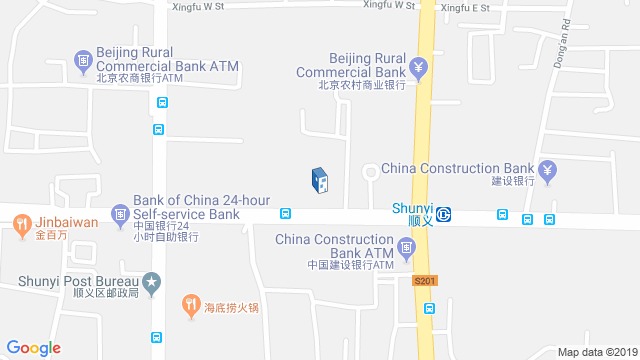 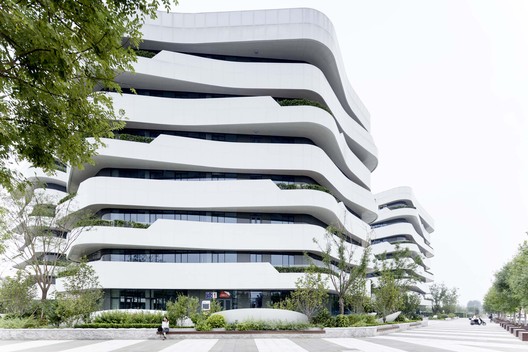