Save
Toca do Urso Brewery / SuperLimão 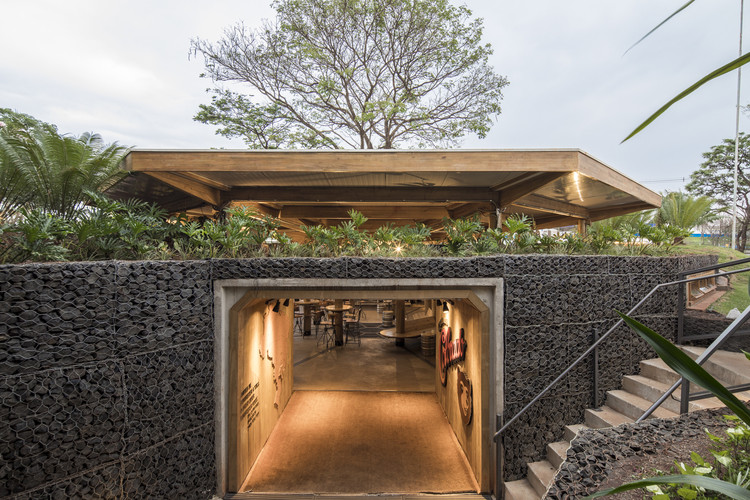 Text description provided by the architects. Brazilian Colorado Brewery, recently inaugurated, in its hometown of Ribeirão Preto (SP), the "Toca do Urso" - a space that simulates a bear cave to receive visitors. Designerd by SuperLimão Studio, this project is the use several vernacular and passive techniques to create a pleasant microclimate ambient in an extremely hot and poorly ventilated region, without enclosing the environment and without depending on active air conditioning techniques.

Located in front of the factory of the Brewery, the old parking left to give place to "Toca do Urso". The project sought to take advantage of what already existed in the surroundings, such as the crown of two large trees that shade the area a good part of the day. The large circular hall was buried 1.5m and the land removed from the ground was relocated creating a 3m slope around the central hall, creating a large barrier of thermal inertia as in the caves. The circular wing-shaped cover with skylight optimizes natural circulation and captures wind in any direction, such as wind collectors common in Islamic buildings.

In the center of the hall was a mirror of water and a set of canals. All the return of ventilation and air conditioning happens through grates on the floor that connect these channels so that the air is renewed and humidified, reducing the temperature naturally as in the old medieval castles. The sum of these measures helped reduce the internal temperature by about 15˚Celsius from the outside, without the need for air-conditioning (which exists in the design but is only used in extreme cases of heat). In addition, native trees were planted in the surroundings for the purpose of lowering the temperature around the project and reducing the heat bubble.

The circular format of the "Toca do urso" hall is made of gabion walls, which have great absorption and guarantee thermal comfort inside the hall, even when crowded, with more than 150 people. In addition, the angle of the roof helps to reflect the sound and direct it to the outside area - like a folding plate - which not only reduces the internal noise, but evenly distributes the sound of the bands that appear. Semi-buried and surrounded by greenery, the format also helps to block the noise of the highway that is near the entrance of the factory.

The project has no closures, so it is always possible to see the garden and the sky from any point in space. The balance between natural and artificial light is reached through skylights and trays of light. There is a high rate of natural lighting and at the same time a blockage of radiation that helps to lower the internal temperature.

The environment is open, so the air is renewed through cross ventilation or convection. A water mirror and underground flooded ducts helps to humidify, filter the air and reduce the temperature. Ample and free of walls, except in the bathrooms and kitchen area, the design can be used in many ways - the infrastructure has been provided in the garden for future uses or expansions.

In addition to the bioclimatic resources already described, from a structural point of view "Toca do Urso" stands out in its shape. By being circular, it allowed the embankment land to be supported by the joint use of prefabricated concrete staves (usually used for canalization of corrugations) and gabion walls, replacing large structures and valuing techniques of low cost that avoid waste and value labor and local raw materials.

The lightweight roofing of PU sandwich tiles allowed for a lightweight structure made with glued beams, which helped to decrease the depth of the foundations. The annexes were built through the reuse of containers and even a municipal bus that circulated in the region.

As a whole, the project sought to create an environment that optimizes natural resources (natural ventilation, light tray, wind collectors, natural humidification, water collection and reuse, permeable floors) as well as combating waste and reuse of materials. The brick walls were seated using a portion of the sand inherent in the beer filtration process. Several items were reused, such as the barrels that are the ducts of air conditioning of the salon, not only by the aesthetic, but by the great capacity of load of its form, which allowed to open a hole in the gabion without destabilizing it.

Most of the materials were acquired within a maximum of 20km of the work. The garden is made up of native species, many fruit trees, which will be used to make beers. Highlight the kids area, formed by a labyrinth-shaped garden where the little ones play and learn in contact with nature. 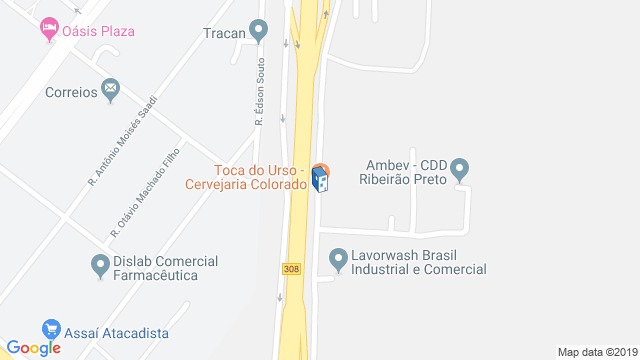 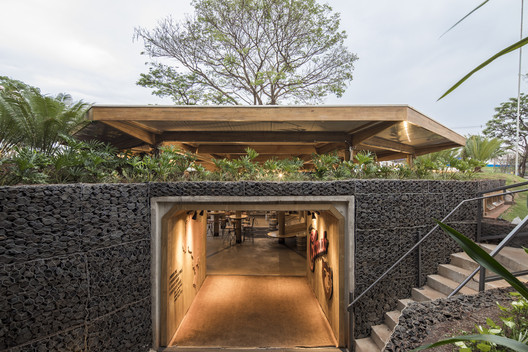