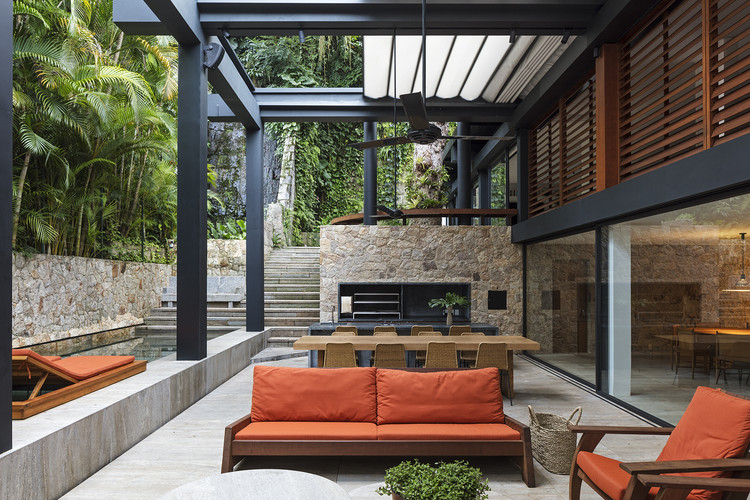 Text description provided by the architects. The original house, designed by modern architect Sergio Bernardes in 1960, was found in precarious state. As much of his works, the house was originally designed to allow the much of its environmental control systems to be done passively using air cushions between roof and ceiling surfaces, controllable brise-soleils, among others.

However, much of its original spatial and material features had been stripped out by either the careless displacement or addition of certain elements. The renovation aimed at reinvigorating the house’s original characteristics while updating its spaces, infrastructure and energy performance. The house’s private areas were also expanded to accommodate the needs of the new residents.

All wooden elements, from the staircase in the entrance to the brise-soleils, as well as their mechanic components, were restored to its original state and became fully functional again. The house’s structure and enclosing are rigorously modulated and built with pre-fabricated concrete components, some of which were found severely damaged. The roof, for example, was composed of concrete troughs that served as both structure and water-proofing elements, which presented numerous leaking points and high thermal transmittance rates. In order to update it and reach better thermal insulation indexes, it was replaced by an insulated concrete plate separated from the ceiling, recreating the original ventilated space between them.

The double-height structure of the veranda’s roof was also covered with concrete slabs, which were replaced with retractable, translucid awnings that allow the area to become completely outdoor and to let sunlight reach the interior of the house more intensively. The pool was returned to its original location along the site’s granite wall, and now integrates the veranda. The house’s HVAC and MPE infrastructure was entirely replaced with new equipment that reduce energy and water consumption.

The total built area of the house (after renovation) is 560 sqm. Its original concrete structure, which was originally covered in wood, is now covered with isostatic grey paint on aluminum sheets. Special wooden and mechanic components of the original project (brise-soleils and maid stairs) have been entirely restored. The entire flooring of the house’s social areas is made of local grey granite, which extends from the interior to all outdoor areas and swimming pool. Intimate areas (bedrooms) are covered in 0.15x2m pieces of ‘cumaru’ wood (local Brazilian tree). The existing concrete roof, made of pre-fabricated concrete panels, was replaced with thermoacoustic insulation to improve waterproofing and thermal performance. Its HVAC system articulates both VRF and conventional split units, respectively, for the social and bedroom areas. 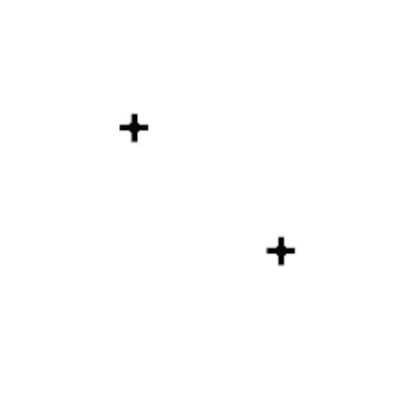