Text description provided by the architects. In Ming Dynasty in Hangzhou, China, a new way of teaching was invented to make education more free, open and closer to the nature, where teachers giving classes to students in a boat floating through the lotus and trees in the water. Today, Hangzhou Chovan Experimental School, inherited this local tradition from hundreds of years ago, aspired to create a new space to carry forward this spirit of education.

To respect nature is to respect freedom and openness. We started with the nature of children’s cognition and the nature of education when designing the campus of Hangzhou Chovan School.

In traditional education system, the result of test has been recognized as the only criterion of evaluating the performance of a student, which brings “teaching” that goes from the teacher to the student much higher than “educating” that emphasizes on gradual cultivation; and the educational activities are getting simplified. Thus the diversity of children’s cultural education is gradually erased. The great freedom in children’s cognition determined the multi-dimensional development of education, and a place with multi-layered complexity would better help the intellectual development of children.

When children come to the school, they are somehow enclosed in a small society where not only time but also space are provided for them to learn and develop. While studying together, children can learn from each other through shared projects and similar activities, either by comparison within a short distance or by observation from a long distance. Our goal is to make such learning easier in the campus. Therefore, we abandoned the intensified linear space in traditional school, instead, we established a more complicated space with rich layers and structure. By weaving the space in a three-three-dimensional manner, we created a lot more spots for physical and visual contact, which brings a lot more opportunities for the children to see and to learn.

We designed an orange-red “mountain” in the atrium on the central axis of the campus. It is a group of folding and turning staircases that go from the ground to the ceiling. The transparent ceiling with glass windows brings in the natural light, which adds brightness and warmth to the “mountain”. The “mountain” has difference entrances which lead to platforms of different functions (for example, performance stage, gallery, reading space, among many others). The stairs are suspended in the atrium and are divided into groups of different heights and angles. When a student is walking along the stairs, he or she will be able to capture the various activities taking place in this three-dimensional space.

On the other hand, orthodoxy education system focuses on the indoctrination of knowledge while somewhat ignores the training of independent thinking. The world is not onlyof great width but also profundity. In addition to the taking of comprehensive knowledge, the students should also be cultivated to think independently to explore through the depth of the world. Independent thinking requires physical solitude. Therefore, the students also need quietness to think and reflect in this communal area in addition to communicate and play, a space that allows the switch between the public and the private.

First, we defined the campus as a courtyard with many smaller courtyards of different functions. There are three courtyards in the primary department, one courtyard in the kindergarten and one between the mixed-use and the playground. Different from the liner layout in traditional planning, the courtyard plan offers a sense of centricity to the space, which brings calmness and concentration to our mind; Except the courtyard of the kindergarten, other courtyards were all sunken to the underground to acquire more quietness to the space. Second, the floor plans of the three libraries in the first floor were defined as  a triangle, a circle and a square, all of which were “floating” over the sunken courtyards, enjoying the most tranquil atmosphere for reading and reflection; Third, we left a few “useless” spaces in each floor which can be flexibly occupied for different purposes. There are also “ports” between classrooms that are connected by the corridor. The area of those “ports” are similar to the total area of the classrooms, which almost doubled the space for learning and activities, it is also much easier for each student to find a place for himself or herself here. Some of these “ports” can be occupied as small theaters, libraries, galleries and small studios. They become energetic when there are group activities, and calm down as a quiet harbor when there is only one student enjoying his or her solitude alone.

Regarding the landscape design of the campus, we put a cross-country runway after retaining as much green land as possible. Various geological environments were simulated and set on the path, for example, desert, wetland, grassland, primeval forest, among many others. We further combined the cross-country runway and the space inside the buildings to create a path that horizontally go through the entire campus while changes dramatically in vertical direction, which posed bigger challenge to both physical and intellectual status of the students.

Finally, we upgraded the landscape design and turned the rooftop of the multifunctional building into a small farmland, planted with seasonal rice, fruits and vegetables, then students can not only appreciate the greenery, but also engage themselves to some of the farm work to possibly know deeper the value of learning. 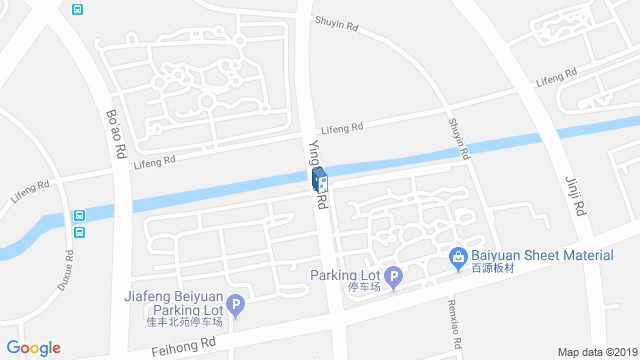 Location to be used only as a reference. It could indicate city/country but not exact address.
Share
Or
Copy
About this office
MONOARCHI
Office
••• 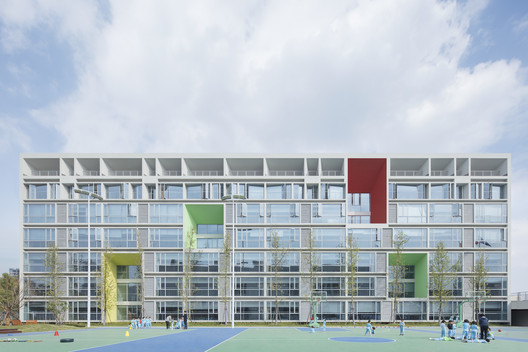