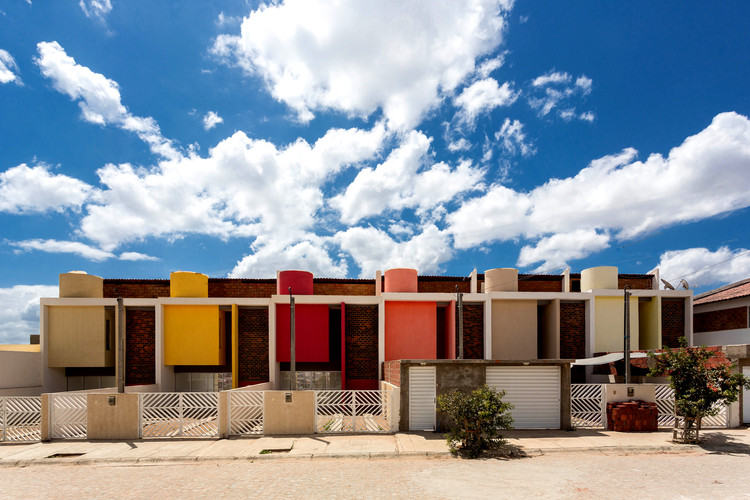 Text description provided by the architects. The production of Social Housing inside the Northeast, almost invariably, it is
about the construction of One-Story Houses, with 2 rooms, a single bathroom, a
kitchenette and one living room (or more). This program is so reproduced that
for many times it can inhibit the entrepreneurs from creating alternatives
typologies.Knowing about the recurrence of that theme and convinced by the need of different types of products, the next step was to try to convince the constructor. This was not a difficult task because there was a trusting relationship between the Architecture office and the constructor for the proposition of products and different models from the ones offered by this market.

The idea to join the lands into one, increasing the numbers of units using the twinned Sobrados, where each one has its access to the street, was approved. But it was necessary, to the condominium, a common area: a small square, open and public, was thought to be a recreation area for the condominium members and also a social integration with the neighborhood, allowing their neighbors to be part of that area, giving it life and effective use, in a place which has a lack of shared spaces.

The square would have a space protected by grids, for the kids to play games and another one, to rest under the trees. However, a manager on duty from the Municipal Organ of Licensing and Planning – not a technician – rejected the idea by saying: “The city does not want this square”. And by that, the idea of giving this city a public space was shut down.

The houses subvert the traditional logic where the rooms leads to the backyard, to the inside and the intimacy, and leave it to the rooms to connect with the outside and the streets. The living rooms get enlighten because they are not only connected to the outside bu to the backyard, which can be transformed into a small orchid, a garden or a joyful area, with a grill or a small swimming pool. The social, service and private areas are well delimited because on the ground floor, there are rooms, kitchen and a service area and on the higher pavement, there are rooms, a social bathroom and a suite.

The facades incorporates a typical component from the Pernambuco Modern Architecture School: The Cobogó, a hollow component that allows permanent air circulation and creates an unusual game of lights and shadows on the stairs. It can play with colors breaking the monotony and the exaggerated recurrence of the image of living stripped of its own identity. The possibility of expanding the house was brought up with the project of a more comfortable suite heading to the street. And because of that planned expansion, offered to the client on the act of the buying, both original bathrooms are ventilated and illuminated by an zenith open lightning.  This implementation is going to allow the creation of a covered garage or with the expansion of the living room, both up to the limit of the initial required decline of 3 meters.

The market dynamic, its mood and constant changings on the political and financial tacks suggested the change of some of the unit, the sobrados that were initially thought to the terrain units, keeping some of the characteristics from the original sobrado, as the rooms that open to the outside and to the backyard, for example. In conclusion, despite the attempts to distinguish through the colors and the grids, with higher walls than the usual ones – on an area that are becoming stronger as a citadel, and expecting the desire of change to be softened, reality shows that is very hard to expect the constructor to keep the original characteristics of the project, as they search for a false sense of security . These changes break the sense of unit of the houses making our streets even more unsafe. 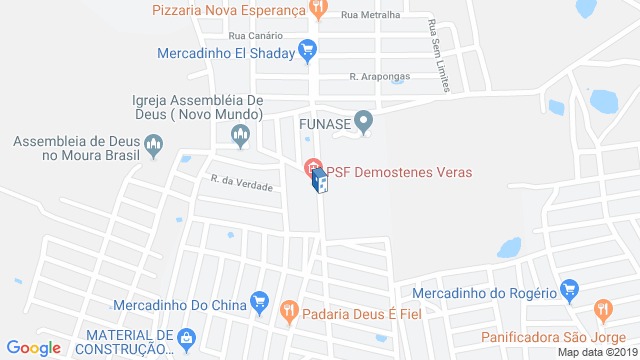 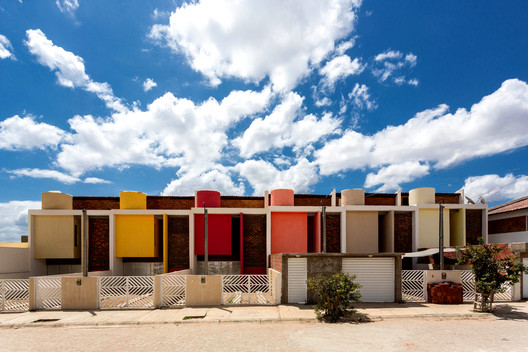